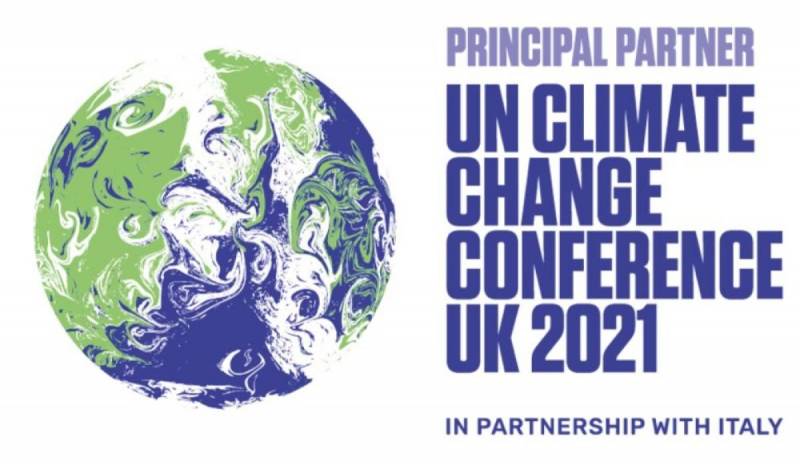 The green official is also an official

The Glasgow International Summit Conference, thanks to the significant expansion of the G26, is now well known as COPXNUMX and was considered to be purely green. The official name - "Conference of the Parties to the United Nations Framework Convention on Climate Change" also corresponded to this.

In the current realities, this is almost a guarantee of success, but evil tongues called the summit a failure even before the start.

How else - after all, three leaders of those countries that make a very, very significant contribution to environmental pollution - China, Russia and Brazil - did not come to the ancient Scottish city at once.

The fact that the Russian and Brazilian presidents, as well as the leader of the PRC did not arrive in Glasgow for quite worthy reasons, was simply ignored by the European and American press. However, the big "green crowd" itself seems to have shown that the matter is not at all in the presence and absence of top officials.

The discussions in Glasgow, unexpectedly for the uninitiated, turned out to be quite constructive. Instead of primitive propaganda, everything turned into a rather deep and convincing presentation of real deeds and specific projects. And the first roles were taken not by agitators, but by professionals.

The trend of the Glasgow summit was - "to prevent the transformation of the global environmental trend into another feeding trough for the new generation of bureaucrats." And just this, by all external, at least, signs, became the reason that as soon as COP26 ended, the world media immediately "forgotten" it.

But they forgot for another reason.

Not least because it was in Glasgow that many drew attention to the big changes in the mentality of the very environmental political shuffle. Which have already happened since the "green" parties first declared themselves in earnest.

Few have paid attention to how many media outlets, long registered as "conservative" and even "reactionary", now assess the very birth of the informal "Greta Thunberg's party". Previously, most of them simply "adored Greta and her friends."

Today, things are no longer quite the case - the ecological movement is increasingly called decorative, and in general is characterized as an attempt to save not the planet, but, in fact, the ecological idea and the movement of ecologists itself.

From whom to save?

It seems from ourselves.

And to be absolutely precise - to save from politicians who are ready to arrogate to themselves the monopoly right to dictate the conditions, both of the notorious energy transition, and of who and how will steer the process.

Note that Russia, unlike, for example, the United States, which, if necessary, is ready to spit on any norms, and among other things - on the Paris climate agreement and the "nuclear deal", in terms of ecology is very tolerant. So, in Glasgow, our delegation, without unnecessary disputes, joined the collection of 5% from the turnover of carbon units.

The “greens” have already recorded this collection in the list of their great achievements. But how they know how to count is evidenced by at least this observation, which, by the way, was made public in Glasgow. During one of the seminars, when another professional ecologist made a presentation of the next project on wind energy, the whole effect was ruined by one of the journalists. He simply reminded that the installation with a capacity of only 2 megawatts, something like a boiler house for one city block, is made of 260 tons of steel, or, even worse, although now more fashionable, from composite materials.

How much iron ore or other raw materials, as well as electricity, and hence oil or coal, will be required for their production, the colleague did not have time to voice. His speech was neatly, not irrevocably "banned", as it is now called.

Nevertheless, the sediment did not go anywhere, and the authors, returning from Glasgow, sought out numerous publications, which is called "in the subject." Unambiguously testifying that so far none of the most modern of the "windmills" is capable of generating as much energy as is actually invested in its production.

We will generally keep silent about utilization, since we consider any disputes about the need to adapt the world economy to climate change as non-constructive. And we ourselves are voting for the creation of the notorious adaptation fund, which will be formed at the expense of that very 5 percent.

We must not forget that the 5% tax will be collected only on those carbon units that are authorized at the international level by a special body at the UN. To argue with the UN is, you see, not our approach. Photo: government.ru
Moreover, as reminded the head of the Russian delegation in Glasgow, Deputy Prime Minister of the Russian Federation Alexei Overchuk (pictured), all countries that participated in COP26 have joined the centralized mechanism for recognizing environmental harm.

Recall that the Russian position on the need to “make low-carbon development a source of economic growth and diversification, and not a brake on it,” voiced by the Minister of Economic Development of the Russian Federation Maxim Reshetnikov, no one in Glasgow even tried to dispute. It is possible that due to the collapse of gas prices.

But beyond that, Glasgow took the first and most important step towards green nuclear energy recognition. Moreover, this became a logical continuation of the recognition of the principle of technological neutrality, which our country is now defending together with China and a number of developing countries.

The essence of this principle boils down to the fact that "it is unacceptable to discriminate between the results of emission reductions and increased removals depending on the technologies that provided them."

According to the Russian minister, "if a technology, solution or type of project helps to reduce net emissions, this should be recognized as a real reduction." Reshetnikov also noted that

“For climate preservation, it is important to reduce or absorb carbon dioxide, not who and how achieved it. Our choice is less emotions, more calculations. We are looking for a balance in order to fulfill international obligations and obligations to Russian business and citizens. "
There is hardly any need to explain that, first of all, such an approach should apply to nuclear and hydropower. Moreover, it is obviously appropriate to work towards reducing emissions and producing carbon credits, first of all, where energy projects are more efficient and bring real benefits.

The Russian delegation in Glasgow not only defended the peaceful atom and fought for interest, but also presented something like a project to create a national climate control system. The project is based on the norms of the federal law "On limiting greenhouse gas emissions", but in terms of a number of parameters it can be called a breakthrough.

Among other things, it envisages launching an experiment on greenhouse gas emission quotas and quotas trading on Sakhalin. Deputy Prime Minister A. Overchuk, leaving Glasgow, reminded reporters that:

“The Russian position is a pragmatic and calculated transition to environmentally friendly technologies. When the main thing is not to worsen, but on the contrary, to improve the quality of life and accelerate economic growth ”.