We lived with this name, won and died 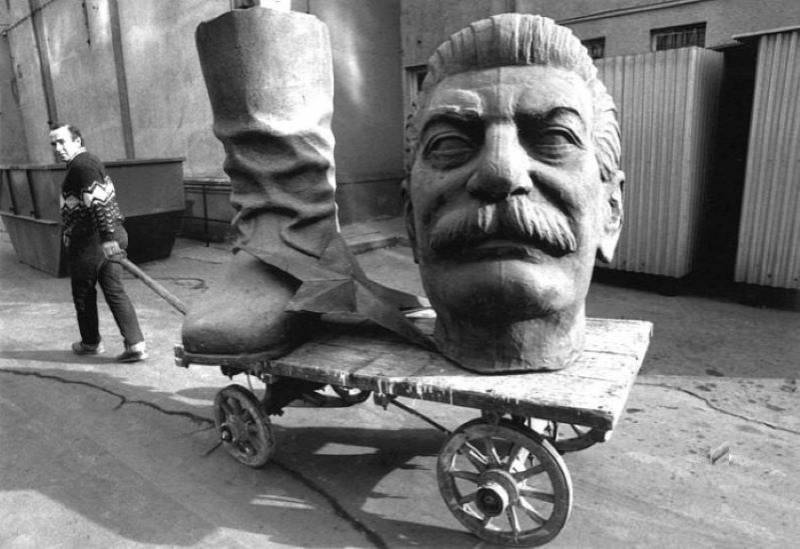 Isn't it time to change names?

By the last decade of November 1961, almost all cities and villages, other settlements, collective farms, state farms, industrial enterprises, universities, schools, cultural centers, parks, sanatoriums and even mountain peaks awarded the name of Stalin were renamed in the USSR.

And on November 29, 1961, the last significant Stalinist object was renamed in the country: the Stalinskaya metro station of the Arbatsko-Pokrovskaya line became Semyonovskaya. This required the corresponding decision of the Moscow City Council and the Moscow City Committee of the CPSU of November 1, 1961.

On the morning of that day, the former Stalinskaya, sensibly closed for several days, was opened to passengers. Having previously removed - a week before - all the Stalinist symbols at the station. In total, over 1956 thousand objects with Stalinist toponymy were renamed across the country in April 1961 - November 25.

As well as removed the Stalinist busts and bas-reliefs that remained in some places in the country after the XX Congress of the CPSU (February 1956). But the streets named after Stalin in Georgia are preserved in the cities of Gori, Borjomi, Kaspi, Tsnori and Chkhorotsku. As for the city that bore the name of the leader of the peoples - Stalingrad, although it became Volgograd on November 10, 1961, much that is associated with Stalin exists there today.

And nothing is forgotten there 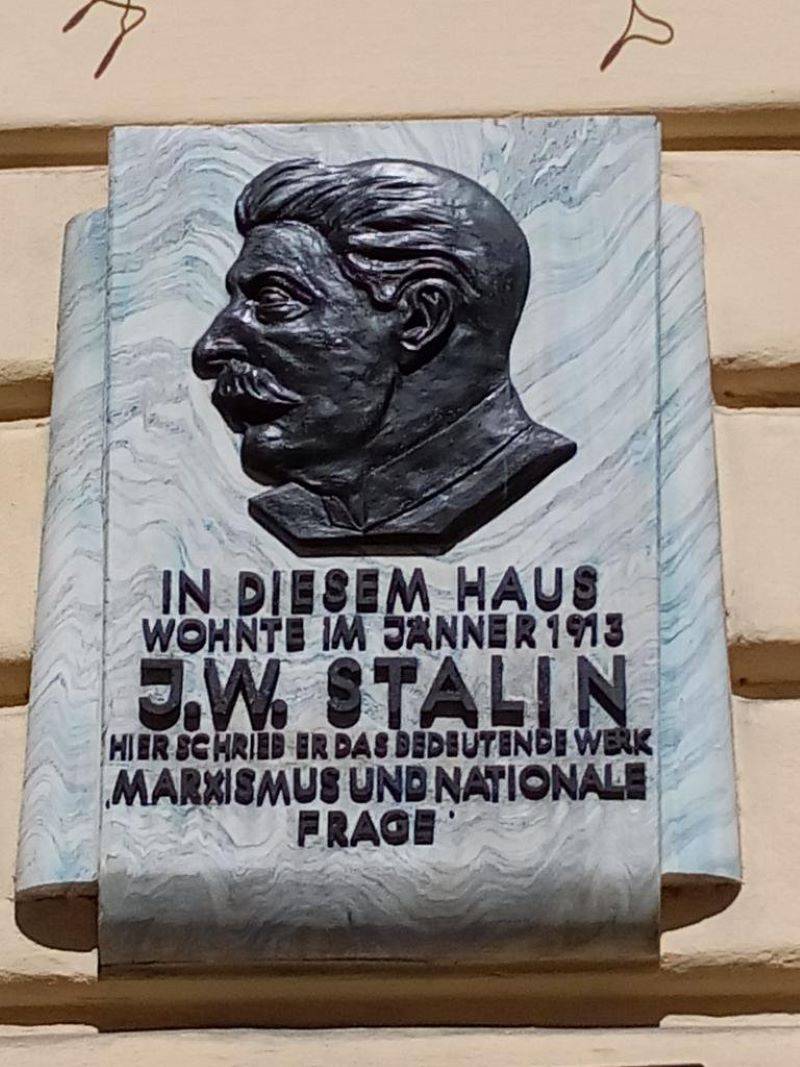 Not surprisingly, almost no one paid any attention abroad to the hasty renaming of the city in the USSR, which gave the name to the battle that radically changed the course of World War II. Objects named after Stalingrad from 1945-1947 still remain in a number of countries.

Recall that in France they are in at least fifteen cities, including Paris; in Italy - in Bologna and Milan; in Belgium - in Brussels; as well as in the Czech Republic and Slovakia (If your name is Stalingrad).

They exist in other countries as well, but information about them is clearly in short supply. At the same time, in France, Great Britain, Belgium, Austria, India, not to mention China - objects not only "Stalingrad" are preserved, but even the name of Stalin himself (Stalin's posthumous fate - the secret became clear). 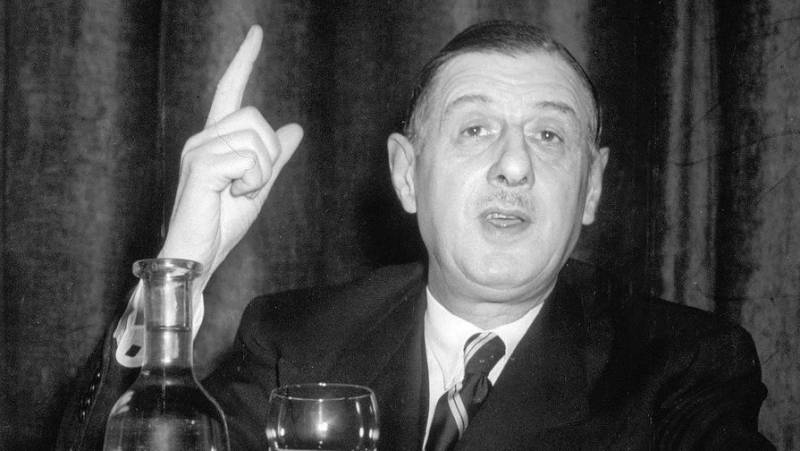 “He is a cunning little man, and he wants to show everywhere and to everyone that he is radically different from Stalin. But, defaming his great predecessor and trying to eliminate the memory of him, Khrushchev discredits the USSR and even more so - the communist ideology. But Stalin did not become a thing of the past: he disappeared into the future. "
You can’t say more precisely ...

And it is no coincidence that we have no doubts about this, by now in the Russian Federation, streets named after Stalin have been restored in more than 20 cities of the country. Mainly in the North Caucasus (Dagestan, North Ossetia, Kabardino-Balkaria) and in Siberia (Novosibirsk, Yakutsk, Mirny). In most of them, the old ones have been restored or new Stalinist busts have been installed.

As for the Stalingrad street toponymy restored in the cities of the Russian Federation, according to the latest TASS data (2021), it is available in Barnaul, Sevastopol, Simferopol, Kerch, Volgograd, Volzhsky, Yoshkar-Ola, Korolev, Novosibirsk. Local and central authorities did not dare to ignore the relevant initiatives of the local community.

However, let us remind you that only at the end of 2004 - on the eve of the 60th anniversary of the Great Victory - on the parapet made of mountain burgundy porphyry near the Tomb of the Unknown Soldier in the Alexander Garden, the name of one of the plates of the hero cities - "Volgograd" - was changed to " Stalingrad ". 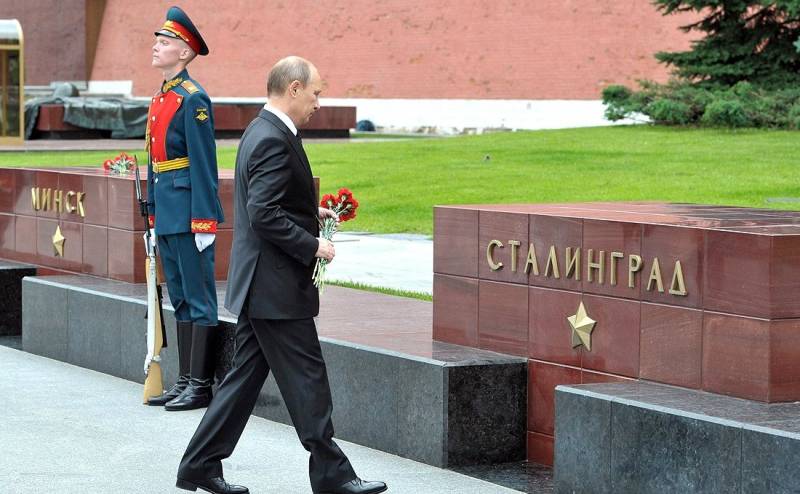 It should be noted that the previous name was actually the original - that is, from May 8, 1967, when a memorial was opened at the Kremlin wall in the Alexander Garden. The then leadership of the USSR, which removed Khrushchev from all posts, nevertheless also did not dare to so clearly "remind" fellow citizens of Stalingrad ...

In the order of the President of Russia Vladimir Putin dated July 23, 2004 on changing the name of that part of the parapet, it was noted that such a decision had been made,

“Taking into account the significance of the Battle of Stalingrad, which marked a radical turning point in the Great Patriotic War, paying tribute to the heroism of the defenders of Stalingrad and in order to preserve stories Of the Russian state ".
Meanwhile, the role of Stalingrad in World War II is still being paid tribute to abroad, for example, in France: one example of this is the publication in the French "Le Point" of May 18, 2021:

“... In Stalingrad, the Russians turned into an army of avengers. The fighters were encouraged by their families, relatives: "If you let the Germans in, your own mother will curse you." Having suffered hundreds of thousands of losses, Stalin's army at the end of 1942 turned the tide and defeated the Nazis. Thanks to the fury of Russian soldiers, the formidable German military machine, which had not known defeat since the beginning of the world war, was defeated in Stalingrad. "

Plus de-Stalinization of the whole country

Stalingrad itself remains Volgograd, and Moscow's Volgogradsky Avenue is the same Volgogradsky. Although avenues, bas-reliefs and streets named after Volgograd, instead of Stalingrad ones, are nowhere to be found abroad and are not expected ...

The decision to complete the de-Stalinization of Soviet geography as soon as possible was sanctioned by the 1961nd Congress of the CPSU (October 188416). At the same congress, we recall, it was ordered, simultaneously with such "events", to remove the Stalinist sarcophagus from the mausoleum near the Kremlin wall (see https://topwar.ru/XNUMX-tak-oni-vynosili-stalina.html).

However, in Georgia, the de-Stalinization was carried out with caution for obvious reasons: two-thirds of the objects previously named Stalinist were renamed there. To this day, Stalin's house-museums in Gori and Batumi have survived, and, for example, the Stalin embankment in Tbilisi was preserved until 2003 inclusive.

A successful sculptural image of Stalin in Gurjaani (southeastern Georgia) still exists; as well as the bust of the leader of the peoples in Batumi - it still stands at the entrance to the house-museum of Stalin. 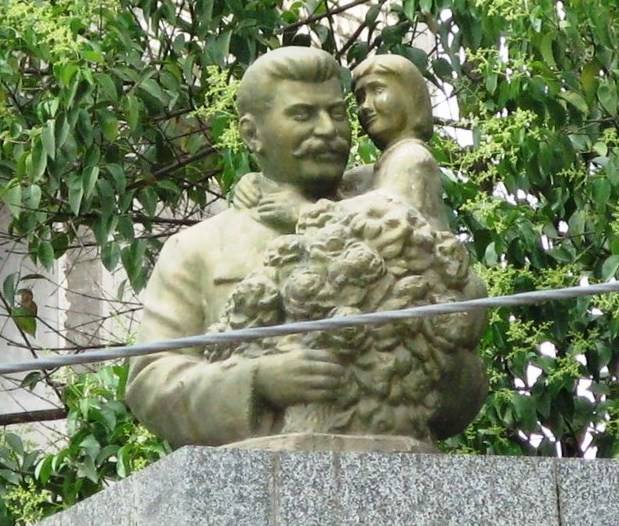 Photo: I. Ivanov / wikimedia.org
In this regard, the advertising information of the "Sale-tur" travel agency (Russian Federation) from 2021 is quite remarkable:

“The Stalin House Museum in Batumi is an interesting institution. Stalin lived in this house for only a few months in 1901 and 1902, when he helped found the communist organization of road workers and started publishing illegal newspapers. Things that belonged to Stalin are preserved in this museum: even the tattered towel and the bed in which he slept are preserved.
The only monumental monument to Stalin that survived on the territory of the former Soviet Union after de-Stalinization was located in the center of his hometown of Gori. He remained there until mid-2010 inclusive. Photo: Vladimir Varfolomeev / flickr.com
The Georgian authorities, which changed with enviable regularity, remembered the mass protection of this monument in 1956, 1961, 1963, 1989 and 1992, when they intended to destroy it with the help of troops.

However, in 2010, the monument, although they did not dare to destroy it, was moved to the Gori house-museum of Stalin. There, by the way, there is another monument to the long-term leader of the USSR - but of a smaller size.