At the State Department: Minsk will not be able to divert attention from what is happening on the border of Russia and Ukraine 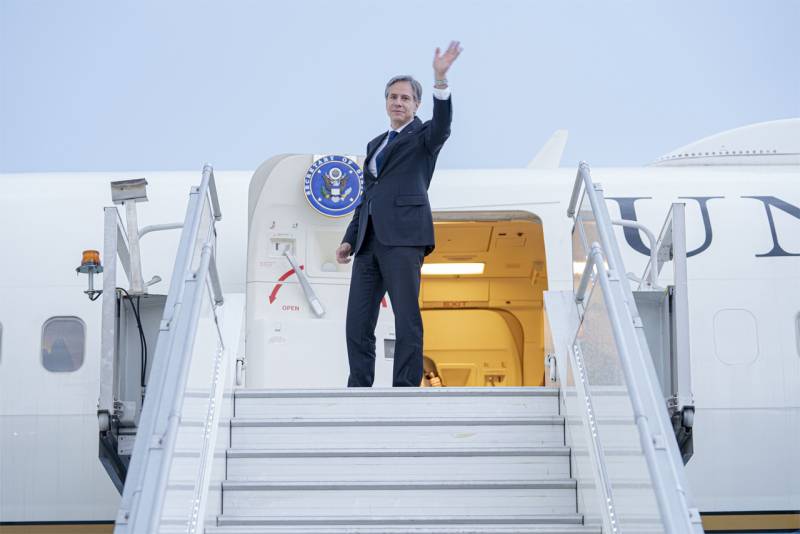 A material appeared on the website of the US Department of State, which indicates that the actions of Alexander Lukashenko today are attempts to divert the attention of the international community from what is happening on the borders of Ukraine. These words belong to US Secretary of State Anthony Blinken.


According to the head of the State Department, Lukashenka is engaged in "exploitation of numerous migrants" for this.

Meanwhile, Russia is taking certain measures and taking actions on the border with Ukraine.
Added that "Minsk will not be able to divert the attention of the United States."

This statement was made after a discussion of the situation on the Belarusian-Polish border with the Polish Foreign Minister.

Zbigniew Rau, in turn, said that “Lukashenka’s regime is cynical about vulnerable refugees”.

Head of the US Department of State:

Nevertheless, we continue to closely monitor what is happening on the borders of Russia and Ukraine, regardless of the attempts of the Lukashenka regime to distract the international community from what is happening there.
At the same time, Blinken thanked his Polish counterpart for the fact that Poland supports the Ukrainian sovereignty and territorial integrity of this country.

Serbia reacted to such a statement, noteworthy, noting that, for some reason, Poland, supporting the territorial integrity of Ukraine, refuses Serbia to do so. This refers to the Kosovo precedent.

Let us remind you that in Poland the situation with migrants at their borders is considered a “hybrid attack” from Belarus.