"Now the cost of helicopters is much lower": Mi-8/17 returns to service in Latin America 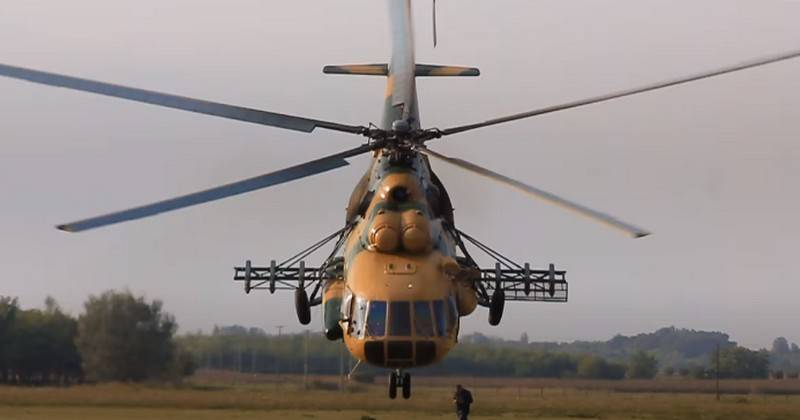 In recent years, in a number of Latin American countries, there has been a tendency to reduce the fleet of Soviet and Russian-made helicopters. At the same time, sometimes cars with a very low level of plaque went to write-off. For example, in 2020 all three Mi-26Ts were sold in Peru at the metal price. As stated, "they required too much investment."

However last news suggest that this trend will be broken. So, at the end of October in Peru, after two years of work, 6 Mi-17-1V helicopters were returned to service. The work was carried out by Russian specialists, but with a fundamental difference - not on the territory of the Russian Federation, but at the maintenance facilities (WEAN) of the Peruvian Air Force, to which these machines were assigned. Now these helicopters will undergo the next major overhaul only after 8 years of operation or 2000 flight hours.

The Mi-8/17 fleet in Peru numbers over a hundred vehicles. They have proven to be excellent in times of crisis, be it a coronavirus outbreak or natural disasters. However, their maintenance was hampered by the high cost of repairs caused by the need to move equipment to the Russian Federation.

The fundamental turning point [in machine maintenance] is that the helicopters did not leave Peru without going to Russia for repairs, as they did before. Now the cost of helicopters is much lower

- noted in the local edition of Pucará Defensa.

At the same time, a network of service centers is being created far from only in this country, which will allow not only preserving, but also increasing the fleet of Russian-made rotary-wing aircraft operated in various states of the region.

The establishment of repair shops in Latin America, as is happening today in Argentina, Colombia, Mexico and Peru, is an important step in expanding the number of Russian helicopters in the region, solving one of the biggest challenges faced by regional operators.
- indicated in Pucará Defensa.