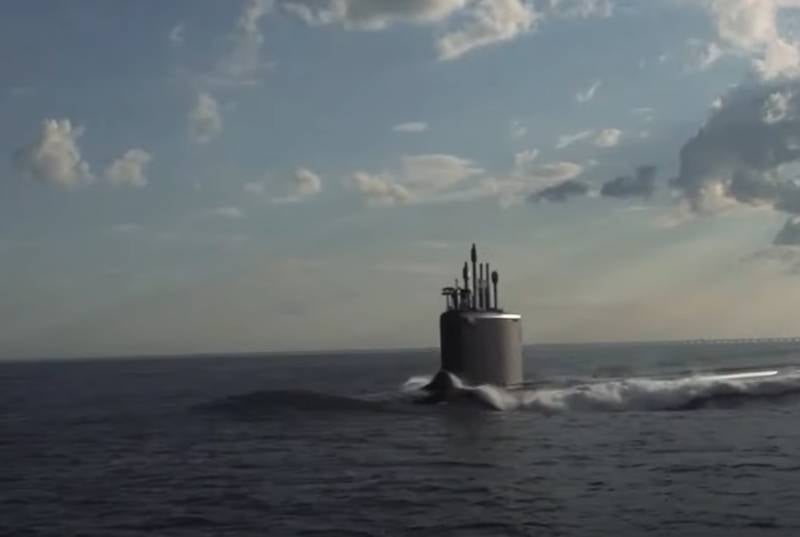 Collisions between ships and underwater objects are rare. However, the stars converged last month, and a US Navy attack submarine collided with such an object in the South China Sea.


The US Navy has launched an investigation into the incident. As a result, the following was established: the Seawolf-class attack nuclear submarine Connecticut touched an unknown underwater rock (it was allegedly not on naval maps). At least, this is what the country's defense officials told reporters.

As a result of the collision, the submarine was damaged (ballast tanks in the front of the nuclear submarine were damaged, as well as the submarine's pipelines), and eleven crew members were injured. The submarine, on its own, on the surface, arrived at the base of the island of Guam.

We will remind, "Connecticut" - one of the nuclear submarines of the US Navy. These submarines were designed to hunt Soviet submarines in the deep waters of the world's oceans. At the same time, they have been modernized many times. But how did a state-of-the-art $ XNUMX billion submarine manage to crash into an underwater rock? Journalists talked about this with former US Navy submariner Brian Clarke. He spoke about the possible circumstances of such a collision.

Such cases are extremely rare.
Brian Clark, a retired submarine officer, veteran of the US Navy and military expert at the Hudson Institute, told interviewers.

According to him, the military always carefully plans all operations at sea, including studying the routes of the upcoming patrol. The bottom relief is studied in a special way.

According to Clarke, during the preparation of any launch of a warship at sea, it is provided with the most detailed maps of the water area along which the course is plotted. For submarines, the sequence of their actions, the depth of diving, is also scrupulously planned. In this case, the possible risks and the likelihood of encountering underwater objects, for example, with the same underwater rock or with a pile of cargo containers, must be taken into account. For obvious reasons, divers try to stay away from poorly explored areas of the water area. But sometimes there are unforeseen circumstances that force sailors to change plans. Also, as noted by a retired American submarine officer, gaps and inaccuracies in maps occur. And all this can lead to emergencies.

The South China Sea is a difficult area for submarine operations, because it is relatively shallow, and this increases both the risk of detection and destruction by the enemy, and the risk of collision with various submarine, so to speak, obstacles.

Making the life of the submariners even more difficult is that it is the maps of the South China Sea that, as it turns out, contain inaccuracies or incomplete data, the expert said.

If a submarine tries not to draw attention to itself and act unnoticed, then it will most likely stay at the very bottom and not use equipment with which divers could find, say, an underwater mine or a mountain. The use of active sonar instantly gives the boat position.

As Clarke notes, the divers probably had no idea that the same underwater rock could appear on their way.

If you have something along your course that does not emit reflected noise, such as an underwater mountain (not irradiated by sonar), you will not know about it until you collide with an object. The crew could use an echo sounder to help establish the depth directly below the submarine. But if the obstacle is right on the course, the echo sounder does not give information.
According to Clark, such a mountain (rock) can suddenly grow in front of the submarine, and the echo sounder will not be able to warn of a possible collision with it. A retired US Navy officer noted that the problems faced by submarine crews often do not depend on the quality of the onboard equipment of these ships. Divers try to prevent such incidents, but working conditions in the water column do not always allow this to be achieved.

On October 2, the Connecticut nuclear submarine crashed into an underwater rock, according to an official report from the United States Naval Institute (USNI), and this mountain was absent as a marker on the maps of the area and in navigation systems. China continues to demand that the United States provide specific coordinates of the place where this happened. In this regard, the United States remains silent, stating only that no radiation leakage occurred during the incident in the South China Sea.