Why do we need a hacker "0day" 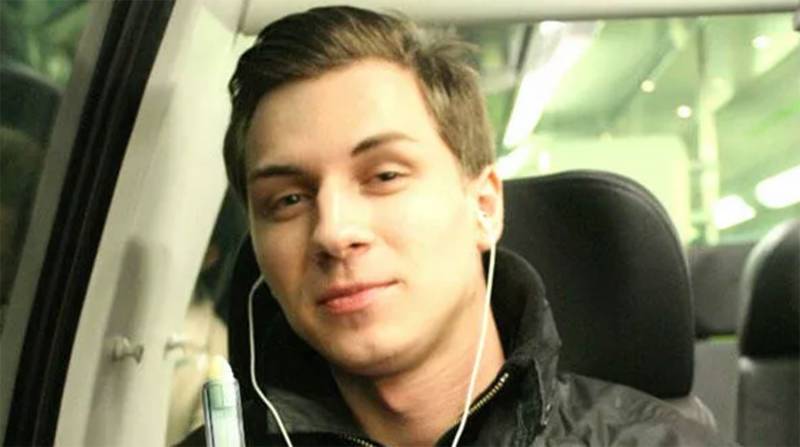 Very often, readers' responses, their reactions to a story in our publication, are an incentive for writing this or that material. This is exactly what happened with this article. It seemed to me that the readers did not understand the reason why today there are "two worlds" in international relations.


One is visible, about which all the world's media trumpets, and the other is invisible, about which Steven Spielberg once spoke in the film "Spy Bridge", but even earlier we saw another, the Soviet film "Dead Season", where the prototype of the main hero William Fischer, known in the USSR as Rudolf Abel.

And I also wanted to calm those readers whose credo is expressed in two words - everything is gone. Reassure with one quote from the American newspaper The Wall Street Journal (WSJ):

“Current and former American civil servants are expressing surprise at the Biden administration’s decision to release Burkov. On September 27, 31-year-old Alexei Burkov was put on a commercial airline flight to Moscow. He was handed over to the Russian authorities, although they have long resisted Moscow's attempts to return him to Russia. "

Let's remember how it all began

I will not talk about a boy from distant Nefteyugansk who was interested in computers since childhood. I will not talk about the fact that allegedly while still in school he began to hack websites, for which, again, allegedly, he could even fall under a criminal article, but after the intervention of mythical "people from the special services" the case was closed.

Let me remind you of Burkov's interview given by him to RT:

“I am an ordinary person. He was engaged in information security and programming, worked with databases. Indeed, once upon a time I had contacts with people who could be involved in hacking, but I personally did not commit a crime. "
It is possible that the programmer Burkov is not lying. Indeed, a good programmer has few contacts in the network. It is quite possible that among these contacts there are also those who work outside the criminal law. Then who is hiding behind the nickname "0day"? After all, this particular nickname belongs to one of the respected in the hacker community and a very influential hacker on a global scale. The answer was given by Ilya Shakhtin, an expert on computer security and hacker communities, to the Israeli newspaper Details:

“Alexey Burkov is well known in the hacker community. He performed under the nickname "0day". He is considered not an ordinary, but a very influential hacker, occupying not the last place in the international hacking community. And in the post-Soviet space, he is probably one of the best programmers. "
Burkov worked actively from 2008 to 2015, when he was arrested in Israel at the request of the United States. Later, in 2017, Russia also put the programmer on the international wanted list. However, the Israeli government extradited Burkov to the United States in 2019. This caused a rather serious high-level scandal between Moscow and Tel Aviv.

But in the United States, where the Russian hacker was charged under 5 articles and threatened with 80 years in prison, Alexei Burkov did not stay.

Why a talented Russian hacker was given to Russia

Much of what is known today, I did not use simply to preserve the format of the material. Yes, and I wanted to speak about something completely different. The main question was and remains one - why, after so many scandals and so many attempts to get a hacker, did the United States go for extradition right now? Wouldn't it have been easier to hide him in prison for decades and keep him there as a hostage?

Let us leave the talk about the fact that Alexey Burkov is an employee of the special services for the authors of the detective stories. If this was true, and not a fake well thrown into the West, the special services would never have allowed such a knowledgeable person to travel abroad without appropriate security.

Second: during his four years in an Israeli prison, everything that he knew was “taken out” of him. Modern methods make it easy enough to do this even when the agent is well trained. It seems to me that even Burkov's extradition to the United States was just insurance or a game of the Israelis on the pride of the Americans. Something like "we did everything, but you greats may learn something else."

So, as a source of information, the programmer Burkov is not interesting to anyone. And his reputation is seriously tarnished. But Russia still does not know everything that is known in the West. I think we won't have any problems with obtaining information. And the official version of the Russian side has already been announced.

I don't think we will hear about "0day" again. But the likelihood of someone else appearing is quite acceptable. It is rather stupid not to use a really talented person for the benefit of the state ...

We often say that Russia, unlike the United States or Israel, does not fight for its citizens. In fact, this is far from the case. We are taking quite a few steps to return our citizens who have committed crimes abroad to the country. This example with Alexei Burkov is an excellent proof.

The option with the exchange of criminals convicted in accordance with the legislation of the countries participating in the negotiations has been worked out for a long time. Russia offered to exchange a convicted citizen of the Russian Federation for a convicted citizen of Israel and the United States back in 2017. In our "places not so remote" was Naama Issachar, sentenced for drug smuggling for 7,5 years. She was pardoned by Russian President Vladimir Putin back in January last year.

Ctrl Enter
Noticed oshЫbku Highlight text and press. Ctrl + Enter
We are
About Stalin and KhrushchevWhat you didn't want to know about England
Military Reviewin Yandex News
Military Reviewin Google News
43 comments
Information
Dear reader, to leave comments on the publication, you must sign in.