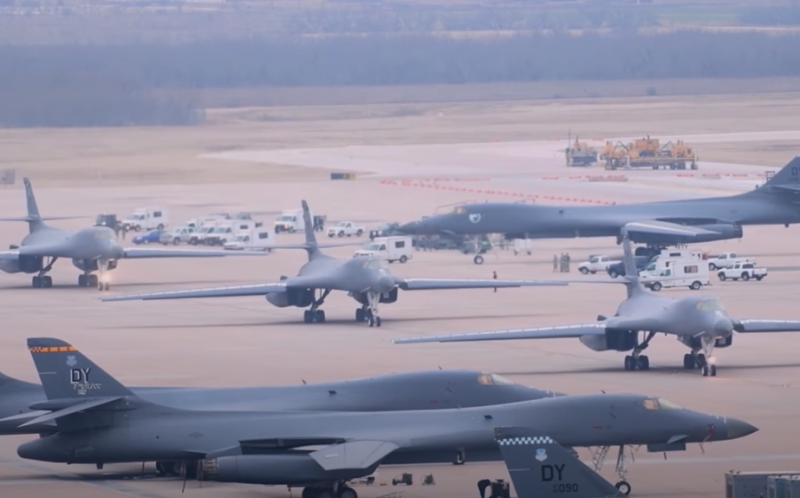 The US Air Force has reduced the fleet of B-1B Lancer strategic bombers in service to 45 units, having decommissioned 17 aircraft from service since the beginning of the year. Part of the funds saved when decommissioning bombers will go to the development and purchase of the promising B-21 Raider bomber. This was reported by the US Air Force Global Strike Command.


As follows from the message, at the beginning of the year, the US Air Force had 62 B-1B Lancer bombers. Since then, 17 of them have been decommissioned, decommissioned and sent to the site of the 309th Aerospace Maintenance and Repair Group (AMARG), better known as the "aircraft graveyard". The first of the decommissioned bombers went to mothballing in Arizona in February this year, the last a few days ago.

Thus, to date, 45 B-1B Lancer strategic bombers remain in the US Air Force. The entire US Air Force plans to get rid of these aircraft by 2036. The reason for the write-off is called deterioration, the development of airworthiness dates and too expensive maintenance and repairs.

The intention of the US Air Force to reduce the size of the existing B-1B Lancer fleet was announced back in 2019. The Air Force command then said that since the early 2000s, the B-1B Lancer was considered a "workhorse", and the constant deployment of these machines, in particular during military campaigns in the Middle East and Afghanistan, led to the wear and tear of bombers. which was "not expected".

The heavy bomber B-1 Lancer (Rockwell International B-1 Lancer - Ulan) is a multi-mode bomber, created as a replacement for the Boeing B-52 aircraft under the AMSA program since 1965, and the world's first combat aircraft, in the design of which were widely implemented elements of "Stealth" technology. It has been in service with the US Air Force since July 27, 1985. In the early 1990s, the conversion of B-1 aircraft to equip them with conventional weapons began. The final version of the bomber (B-1B) implements the concept of a low-altitude air defense breakthrough by flying at ultra-low altitudes with terrain bending.
Ctrl Enter
Noticed oshЫbku Highlight text and press. Ctrl + Enter
We are
U.S. Air Force decommissioned first B-1B Lancer bomberYuri Drozdov: Russia prepared the role of the sacrificial calf
Military Reviewin Yandex News
Military Reviewin Google News
64 comments
Ad