Features of language training at specialized faculties of Russian universities 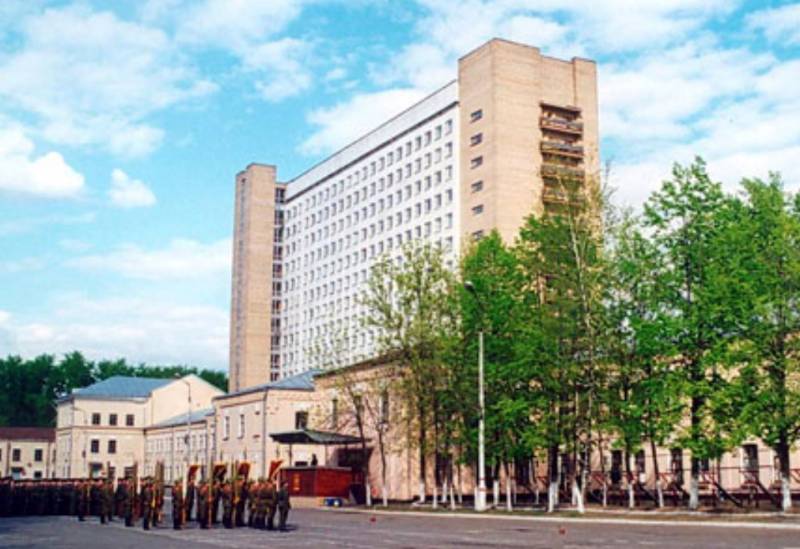 During my first trip abroad, I met a wonderful military simultaneous interpreter of the Group of Russian Military Advisers in Yemen, Vladimir Bykovtsev, a graduate of the Military Institute (currently a university) of the Ministry of Defense (now Colonel Bykovtsev heads the Department of Middle Eastern Languages ​​at the Faculty of Foreign Languages ​​of the named university).


Vladimir told me that, since during his studies in the early 90s, the issues of military-technical cooperation with Afghanistan were still very relevant, he, as an Arabist, was also trained as a translator of Dari, one of the state languages ​​of Afghanistan. Of course, thanks to the common writing (Arabic) and vocabulary (there are a large number of Arabisms in the Dari), it is easier for an Arabian cadet to learn Dari than, for example, for a German student. But at the same time it turned out that the training in English, with which most applicants enter the Military University, did not have the Middle Eastern cadets. That is, the training of military translators of oriental languages ​​was so narrow that they had to correspond only to one function - translation from oriental languages, while in other language universities, the study of English or even a second Western language for students of oriental languages ​​is an obligatory part of the educational process.

As a student of the ISAA at Moscow State University, and continuing to get acquainted with the approaches to the language training of students of various Russian universities, I discovered the presence of several characteristic problems.

First, there is the problem of coercion.

Not always, but very often it happens that the administration of the university or faculty declares to the applicant: either you will study the language (s) that you have been assigned, or you can take the documents.

Secondly, the problem of language compatibility.

It is known that languages ​​for one reason or another (most often this is a colonial heritage) are close to each other, of course, not genetically, but historically.

English, as the global language of the world community, is beyond competition here. Nevertheless, the French language also combines well with the languages ​​of the former French colonies (the Maghreb countries - Arabic; the Indochina countries - Lao, Vietnamese, Khmer; the West and Central African countries - Hausa, Igbo, Fula, Yoruba, etc.).

However, it would be unwise to study Amharic or Malagasy at the same time as Spanish, as well as to study Italian or Norwegian at the same time as Chinese. And similar cases happen, for example, among students of the Russian State University for the Humanities studying in the specialty "comparative linguistics".

It is known that in the Soviet Union in secondary schools the emphasis was placed on the study of the German language, and only in the postwar years began to pay more attention to the English language, which in the early 90s already prevailed in Russian schools.

The situation began to change only in the last few years, when interest in Germany as the leader of the European Union increased. Germany was not a colonial empire, like the British one, and it ruled with its few colonies for a relatively short time, therefore the German language is combined only with other European languages, mainly with the languages ​​of the countries of Northern and Eastern Europe.

Thirdly, the lack of deep study of Western languages.

When studying oriental languages, you need not a superficial familiarization, but a practical knowledge of European languages, since it is in these languages ​​that scientific literature has been published about a particular rare language, as well as about the region of the studied language. This is one of the reasons why you need to choose the right Western language.

In addition, the Western language may come to the rescue in the future when, which is very likely, there is a difficulty in translating from the Eastern language or if the region has to communicate with representatives of the Western world. This approach is practiced at the Military Academy of the RF Ministry of Defense and was applied there before (at the Special Faculty of the MV Frunze Military Academy of the Red Army).

Those who are easy to learn languages ​​and who are fond of studying them should not be engaged in collecting them, even if the university provides such an opportunity, since any already studied language can be improved indefinitely.

Unfortunately, in some universities that offer training in programs of second higher education, for example, in the Diplomatic Academy of the Ministry of Foreign Affairs of the Russian Federation, in order to form study groups of unclaimed, but envisaged languages, students are offered to "expand their language capabilities." Many students and listeners are tempted not so much by the opportunity to learn another language, even at a very intermediate level, as by the opportunity to get an additional enrollment in the diploma.

In fact, on the contrary, one must beware of falling into an intellectual "trap" in future employment: in most cases, a thinking employer does not need a specialist even in two languages ​​at the same time, not to mention a greater number of them, since it is impossible to know two languages ​​equally well, and the employer can always find someone who speaks one of your "working" languages ​​better than you.

In addition, if for some time you will not be able to fulfill your labor duties in terms of language support, then it is easier for an employer to find a replacement for a specialist in one language than for a bilingual or trilingual.

Nevertheless, anyone who wants to connect his life with foreign economic activity or international relations needs at least two working languages, according to the Foreign Ministry saying “with one language on one leg”. In this pair of languages, there can be only one oriental or none: the pair "English and Danish" is better than "Arabic and Chinese".

In the latter case, taking into account that learning oriental languages ​​is much more difficult than learning western ones, it can turn out like in the saying about two birds with one stone: that is, you will not know any of the languages ​​well enough, and employers simply will not take you seriously , if you start to trump your language asset in employment.

As a result, the enormous effort, time and money spent on learning oriental languages ​​will be thrown into the void.