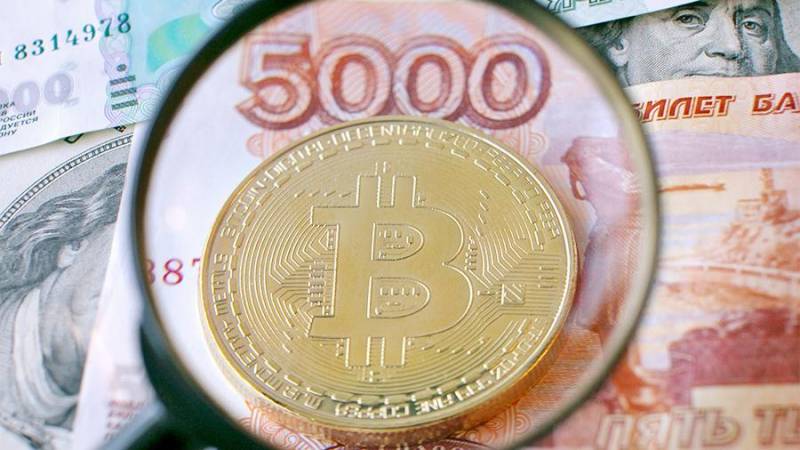 The authors deliberately applied to the ruble not "pros and cons", but, as it is fashionable now, pro & contra. Not only because it has already been written about Tolstoy, Lenin or Denikin, but also because of the almost complete dependence of the Russian ruble on external factors.

The ruble is not just a raw material, but in fact is a surrogate currency, and this fact, alas, has been proven many times over. The only reason for such money to exist is to keep domestic markets under control so that they do not become a burden for those who rule the world market.

However, quite recently we even wrote (If you don't have a budget) that the government seems to have found a way to free their hands a little in the management of reserves. So far unsuccessful, but with the new composition of the State Duma, perhaps, it will work.

Then, perhaps, it will be possible to oppose the growing ruble inflation by throwing in free reserve currency. After all, inflation will no longer be in rubles, but in currency, but with such resources and reserves, it will be easier to cope with it than with the ruble. Internal turnovers in rubles and in currencies are still incomparable, and the whole point is only in the presence of political will.

For all the difficulties for the ruble in Russia, the leading business media, still focused on world business or simply controlled by it, could not fail to note the fact that the Russian ruble was among the 20 most popular works.

And this - almost immediately after the domestic regulator - the Central Bank - raised the key, but, in fact, as before, the discount rate to 6,75 percent per annum. This is not the first rate hike, formally aimed at combating inflation, but in reality it only spurs it on.

We will not tire of repeating - "because of the high cost of money, nothing really will get cheaper in return!" This is what we are seeing in reality today.

"For" and "against" do not vote

The rise in prices, and hence inflation, is now hampered only by the pre-election factor, that is, by the unprecedented efforts of the authorities to contain them. Alas, from the end of September we can expect a price collapse, against which even the seasonal factor with cheap watermelons and melons will be powerless. And let the readers not then say that they were not warned.

However, let's get back to our agenda - the popular ruble.

So, from the point of view of popularity and demand, it is simply catastrophically inferior to the dollar, which accounts for 39,38 percent of world money turnover. And not only - ahead of us and the euro with 38,43 percent, and the British pound, which is 5,9 percent. The ruble has only 0,18 percent of the world currency turnover.

But you never know who we are still inferior to, starting with the Japanese yen and the Chinese yuan and ending with some kind of Arabic colored paper? After all, entering the top twenty for the ruble is not new - this was already the case in 2016, when, despite the Crimea and sanctions, the ruble mastered an even larger share in world turnover than it is now - 0,26 percent. 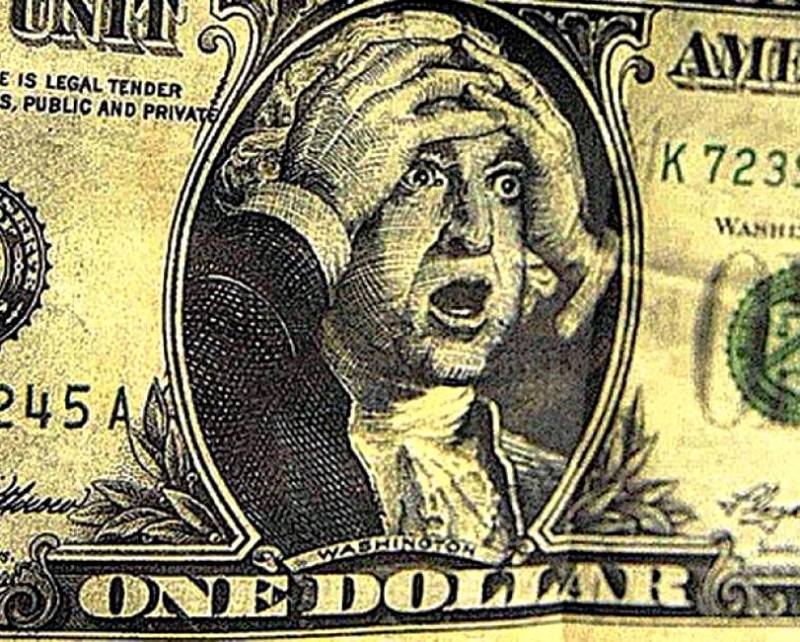 But then on the agenda was the expansion of integration, as well as currency exchange with China after the notorious "pivot to the East." Now everything is much more stable, and experts call the ruble's exit from the shadows a success. Their right, we will remind you of something completely different.

Actually, to rejoice at the 20th place in the popularity rating, you must agree, is humiliating.

After all, the country is torn into the top five leading economies in the world, in terms of foreign policy ambitions, we are at least third on the planet, and in moral terms, we even claim to be world leadership.

Contra: a store of value

Let us also remind that Russia knocks on the G-7 very regularly, and this somehow does not add too much self-esteem to us. For some reason, one does not feel particularly happy about the “popular ruble” either. The pitiful 0,18 percent of the world's foreign exchange turnover is frankly unimpressive.

Many have not forgotten how, in response to the initiative of our current space leader to trade oil and gas for rubles, Russia was quickly brought to a common dollar denominator. But there was no urgent need even then, the ruble is the same as the dollar for domestic consumption?

It will be necessary - they will draw so much that it will not seem a little. Isn't that why the ruble, over the years, even decades, taught us that it is impossible to believe in it?

He is a means for calculations and nothing more, and there is simply no other. In the 90s, they tried to pay in currency, but somehow it didn't work out very well. 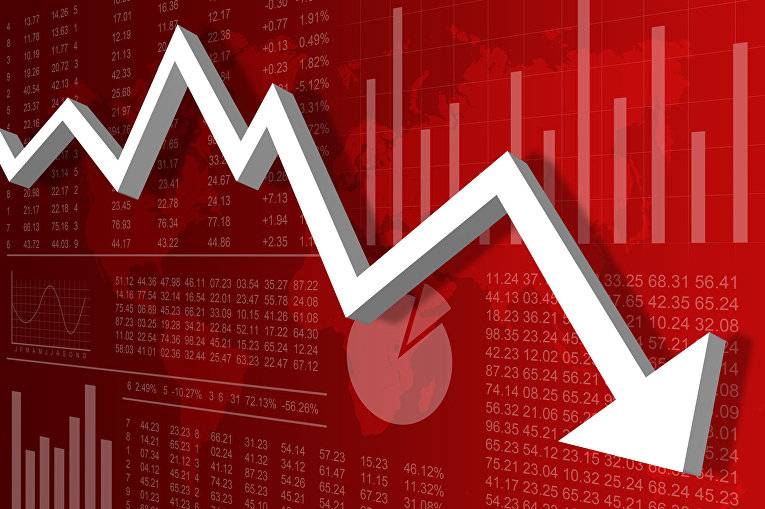 The experience of countries that, even in the European Union, do not switch to the euro, convinces that it still gives some advantages, protecting the domestic market from excessive commodity and monetary expansion. However, Polish and Hungarian migrants, with their zlotys and forints, are flooding Europe with its euro.

An experience of a different kind, when, for example, tiny Montenegro actually abandoned the Serbian dinar, completely switching to payments in euros, convinced them otherwise - without tourism, you can even go bankrupt. Now a similar experiment, already with bitcoin, is being carried out by El Salvador, and then it will be exactly the Americans who will save it, for whom, apparently, there are not enough semi-colonies in the neighborhood.

As a store of value, the ruble has disappointed us almost regularly, from the early 90s and default to three devaluations already under Putin. However - take a look at the rate charts, in the periods between the dips, the ruble almost invariably grew in a strange way. As if luring naive recipients of ruble salaries into their networks.

… & Pro: a tool for speculation

Once again we have to admit that the ruble is attractive because it is unstable and profitable locally. With rates like ours, all ruble instruments turn out to be better than others. And there is even no need to get out of them, for fear of another devaluation.

The fact is that many ruble-denominated instruments, as if specially for a foreign investor, are insured with the possibility of making them multicurrency. Such a luxury was offered, and even now banks are sometimes offered to ordinary citizens, but at such meager rates that it’s a shame to call it. 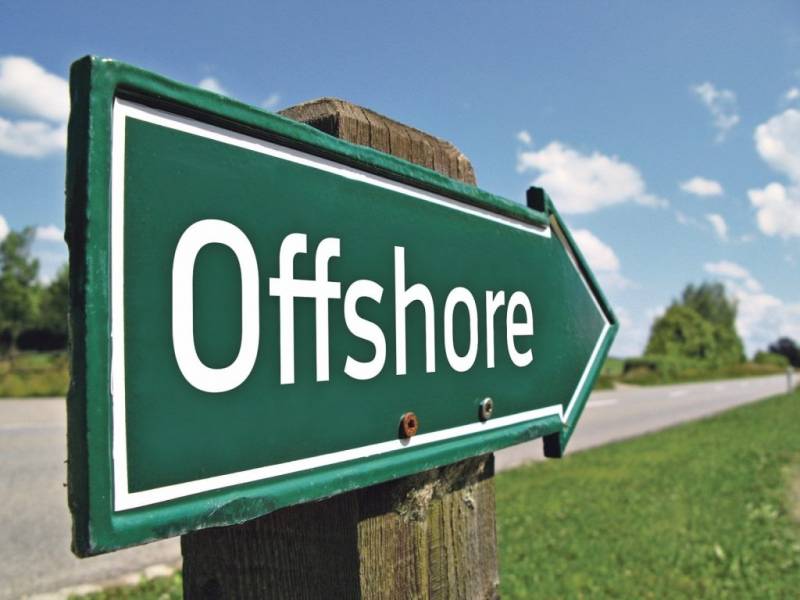 Just do not think that, speaking about this, we are advocating the withdrawal of capital from the country. The situation is exactly the opposite - the authors are categorically not satisfied with the fact that we either drive the received billions into reserves, again, resting on the accounts of competitors, or primitively eat them up.

People, on the other hand, get crumbs, as well as those industries that, given the availability of foreign exchange, could provide Russia with a real technological breakthrough and the notorious restructuring of the economy. With the departure from the equally notorious oil and gas dependence.

It has already been said about political will, here we will allow ourselves to decipher something - we lack healthy protectionism as much as it is generally permissible and possible. 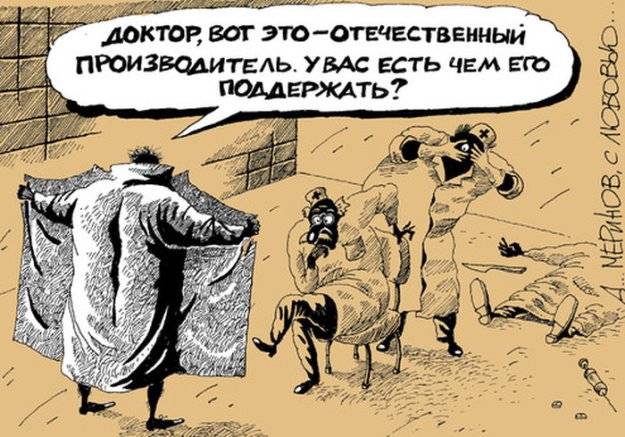 Instead of PS
Livelihood

The ruble is not our everything, but almost everything. There is simply no other. Yes, by and large it is not necessary. It is still in demand not only in Russia, but also in many other places, starting with the independent one, and not only near the border, and ending with Syria and ... Afghanistan.

Tested in practice, although not personally by the authors.