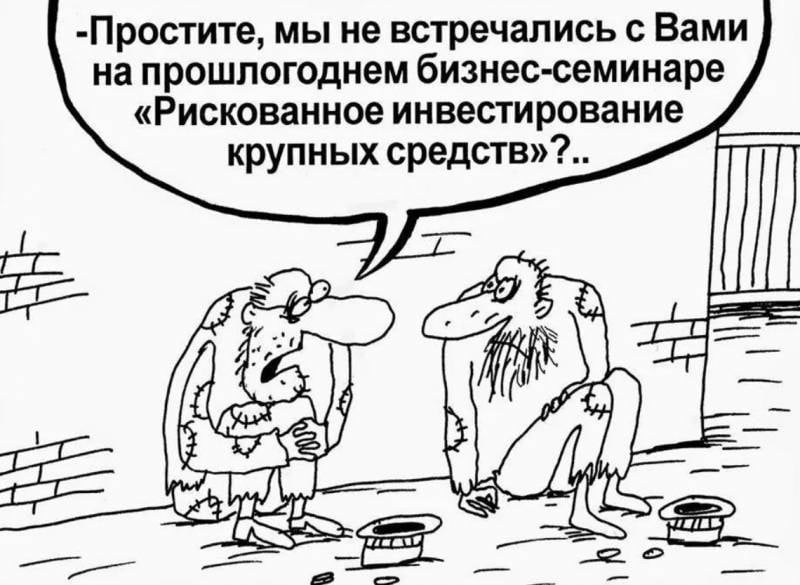 Take care of tin from a young age

The stimulus for another conversation about means of savings was not only the recent announcement that Russian parliamentarians are ready to withdraw coins from circulation. The idea itself is quite entitled not only to exist, but also to be implemented.

In the end, it's enough to tear your pockets in vain, spend more on the production of coins than they are worth, and groan about the forgotten penny at the same time. Other times, different life, different customs. Everything today is in gadgets, and the generation that has not mastered them will sooner rather than later die out.

Forgive me, dear readers, for such cynicism, or rather, realism. However, the desire to save, or even better - to multiply what has been earned, sometimes really - "backbreaking work", will not go anywhere. Otherwise, after all, just everything will become extinct. But, as that very life shows, sometimes there is simply nowhere to invest. 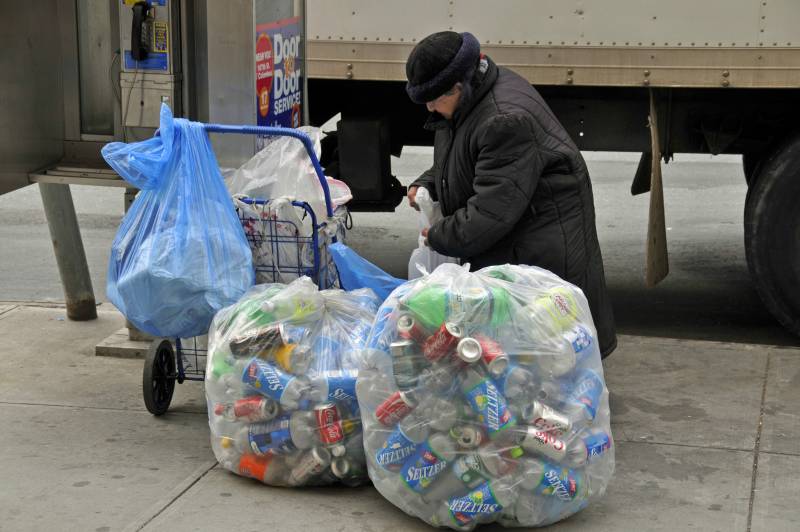 Readers pushed to write, as well as strange-looking passers-by in the capital and in the cities near Moscow, who again began to collect cans. They say that in Russia there is again a shortage of scrap metal, including aluminum, and metallurgical plants are ready to pay big money for it.

The bum pickers who are not embarrassed that half of their goods are still taken to landfills, of course, are not investors or investors. But it’s just an investor who is not a large and rich one that makes you think. Simple and poor.

If metal is still needed, and will always be needed, then why not invest in it. After all, bank deposits burn like black, because they do not keep pace with inflation, and real estate is aging and decaying faster than it rises in price.

No, from metals, of course, the first is gold, but whoever does not say anything about it, and selling it without loss, compared to the purchase price, is another problem. There is also platinum, there are still very few familiar and really unique elements from the periodic table, but there are many simpler ones.

Either utopia or dystopia

There is copper, and the same aluminum and silver, but the main thing is iron. The foundation of the very industry, from which we will not go anywhere for a very long time. Rails and fittings, bodies for cars, and frames, and axles, and engines, and whatever you take, you will still catch on to the Fe-ferrum.

Metals, and any - ferrous, non-ferrous, rare and rare-earth, and even more so precious, will be in price for a very long time. Agree, there is no getting away from this. Moreover, prices for the vast majority of metals are unlikely to ever decline.

Storiesthat happened with silver and much later, with aluminum, which from expensive and even very expensive turned into generally cheap ones, will definitely not be repeated. The Earth simply cannot make such gifts to people anymore.

Why such a lengthy passage?

And to the fact that the idea of ​​fixing your own savings in metal, and not necessarily in gold or platinum, is not at all so crazy. Even against the background of the widespread refusal of the townsfolk from coins, as well as from paper bills.

At the same time, one should not forget that we have been dealing with electronic money for only a few decades, and even less with some cryptocurrencies. And since, in fact, money is nothing more than a surrogate for trust, it is not worth attaching too much importance to their form.

The era of digital money may also end, although even the most advanced science fiction writers cannot imagine what will replace digital money. Utopians or dystopians - it doesn't matter. 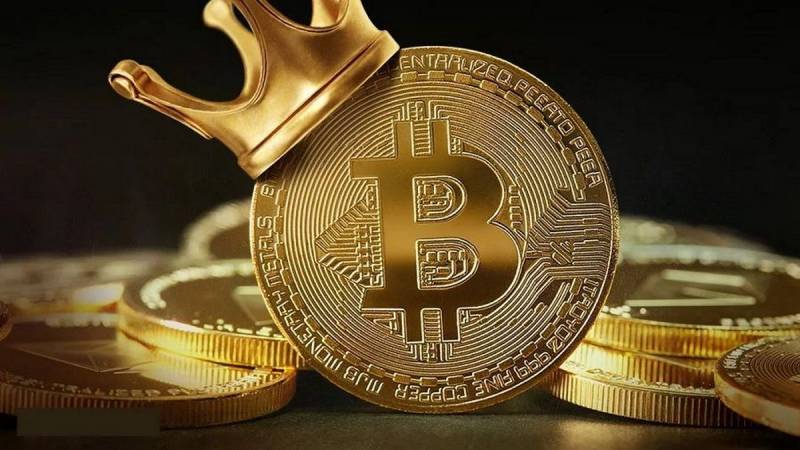 They came up with bitcoin not so long ago. And it grew by leaps and bounds, and then it crashed so badly that among the few owners, in all likelihood, the percentage of heart attacks and suicides, God forbid, grew infinitely.

Now this thing feels better, although experts from the energy sector argue that mining, that is, the generation of electronic money in the worldwide network, is becoming more and more expensive every day. This refers to the cost of bitcoin in kilowatts.

In this regard, the likelihood that with an increase in the volume of turnover of cryptocurrencies, they will again fall in price, remains very high. And the whole question is only in time.

By the way, there is also a conspiracy theory about this.

It says that the viruses that began with SARS-CoV-2, that is, the original nineteenth covid, were launched only in order to weaken the blow to Bitcoin.

Should we take this version on faith? It's a personal matter for everyone. But look at the charts - when the WHO pandemic was just launched, cryptocurrencies just returned to growth trajectories.

And the dollar can already

The fact that in the event of all sorts of shocks, the citizens of Russia, first of all, seek to hide their savings in foreign currency, primarily in dollars, is not surprising. We have been taught to this for too long. There was a dollar, there is a dollar, but whether there will be - there are more and more doubts.

Russians were almost weaned from investing in it by default, devaluations, crises and sanctions. But most of all - simply by the lack of what should and can be saved. Something in exchange for the dollar will not be offered immediately. Metals, other than gold, perhaps last.

But, it seems, you still have to, because against the dollar and the fact that there are so many of it hanging around the world that you cannot count it, and that there are more debts under it than the whole world will not earn over the years. It is time to carry out something like netting and clearing non-payments, as in Russia at the turn of 1998 and 1999. 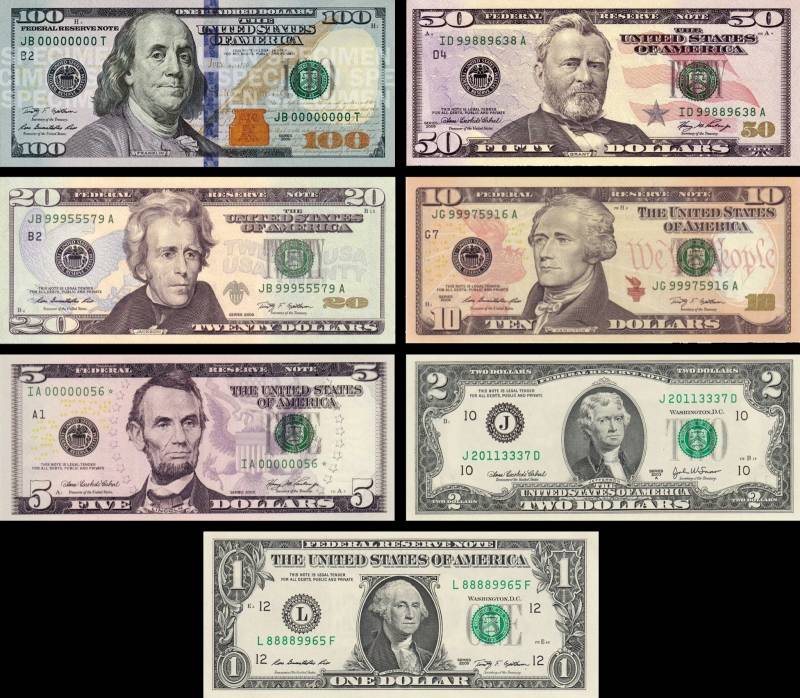 And also because the dollar is no longer saved by the war - Afghanistan and Syria are direct evidence of this. Another war, no matter how small and victorious it may be, motley green with portraits of Benjamin Franklin and various presidents can simply not stand it.

Well, with the metal alternative, everything is very difficult, alas.

You won't keep anything in ingots except gold and platinum, which means that intermediaries will be needed again and will immediately appear. Just click. And even if it will not be banks - who does it make it easier?

A simple, poor and unadvanced investor will again remain on the beans. It will save - perhaps, but to multiply it is unlikely, sorry for being straightforward.