IS-7: inside the heaviest Soviet tank

August 16 2021
0
In 1945, the development of the Object 260 combat vehicle began in Leningrad. Under the leadership of the tank designer Nikolai Shashmurin, one of the most advanced heavy tanks... He received the IS-7 index, but never went into battle.


The front of the tank is solid armor. As conceived by the designers, the IS-7 was supposed to withstand the hit of any projectile, up to a caliber of 128 mm, from a distance of more than 1 km. The upper armor plate was made of 150-mm plates with large angles of inclination according to the "pike nose" scheme. The bottom one was a 100 mm plate. The thickness of the gun mantlet is about 350 mm. In turn, in the forehead of the tower there was 240-250 mm of steel, located at an inclination of 50-60 degrees. The side armor of the tank was made of two parts: the upper (inclined), 150 mm thick and the lower (concave inward), 100 mm thick. 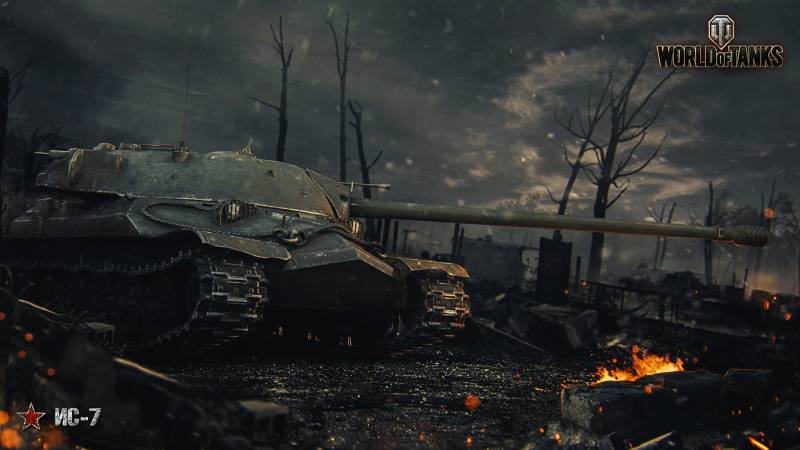 In the front part of the hull, you can see a single-leaf mechanic drive hatch, 2 headlights under protective guards on both sides of the "pike nose", tow hooks and folding mud flaps.

The IS-7 was the first Soviet tank to be fitted with rubber-metal hinged tracks. The tracks are connected by one "pin" fixed by bolts. The machine has 7 rollers with steel cord tires on both sides. Each roller is mounted on a balance bar connected to a torsion bar. The movement of the balancers is limited by bumpers in the form of coil springs, and hydraulic shock absorbers are installed on the torsion shafts. The tension of the tracks, like that of the IS-3, is adjusted using a hex screw, which moves the sloth when it rotates. 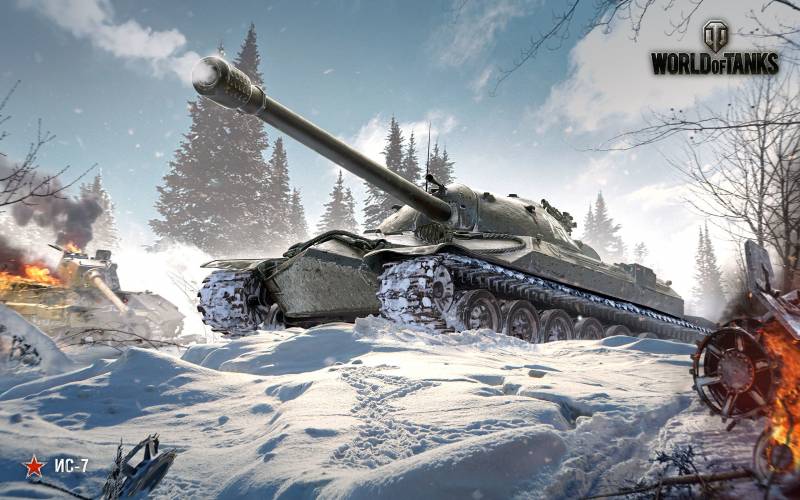 The main armament of the tank is a powerful 130-mm S-70 rifled cannon with an initial projectile speed of about 900 m / s. However, another feature of the IS-7 is considered to be its machine guns, which can be installed up to 8 pieces. On each side of the car, on the fenders, there are stationary SG-43s of 7,62 mm caliber, which were controlled by a mechanic drive. Machine guns are protected by an armored casing, next to which there is a cartridge compartment. Two more SG-43s are mounted on the sides of the aft part of the tower. However, none of them are suitable for aimed shooting. A large-caliber Vladimirov machine gun (KPVT) with a caliber of 14,5 mm is located on the turret on the roof of the tower. Theoretically, the commander was supposed to shoot from it, but in this case he would have to stand at the stern of the tank under enemy fire. In front of the KPVT there is a hatch for two loaders. A little further, there are the gunner's and commander's opening hatches, as well as a fan.

On the roof of the rear of the hull, you can see the armored caps of the necks of various tanks. On the sloped armor there is a large gun lock in the stowed position, next to which are the attachment points for the external fuel tanks and two exhaust pipes. Meanwhile, there are no access hatches to the engine or transmission on the car. To get to the indoor modules, you need to unscrew a few large bolts and use a crane to raise the upper part of the stern. Under it is the 50 hp M-1050T engine, which was originally a marine diesel engine. Thanks to him, as well as a good gearbox, a tank weighing about 60 tons could reach speeds of up to 60 km / h.

The IS-7 was developed in 1945-1947. The release was limited to six prototypes and a small number of pre-production cars. It was an excellent breakthrough tank: fast enough for an assault, with excellent armor and firepower. However, this was not enough for such an expensive car. The command made a choice in favor of the IS-8 project, however, many of the technical solutions used on the IS-7 were later successfully used in other serial combat vehicles.

For more details about the most powerful tank of its time, as well as the internal structure of the IS-7, watch the video from Wargaming.