Almost half a century ago, the immortal series "Seventeen Moments of Spring" was released on TV screens.


Charismatic actors, wonderfully staged scenes, excellent work of costume designers and make-up artists. Everything was done to make the film remembered and loved for decades. There is no longer the country where it was filmed, and people aged, looking at a passing retro car, mutter with a grin:

Now, thanks to collectors and reenactors, you can see, touch and even rent almost any vehicle. If something is very original, then computer graphics will always come to the rescue. This is used by modern workers of the domestic "Hollywood". Whether it's old Moscow, an unnamed town in the vastness of Russia, or the hero city of Stalingrad, two or three cars of that era are hired for a moderate amount, and even a truck with a bus for extras.

So they roam around the block allocated for filming. And we look and nod: the main character in the "emka", the bad hero in the "Opel", the soldiers will arrive in the "lorry", in principle, later the bandits will arrive at the warehouse in the same "lorry", but it doesn't matter ...

It was a different matter half a century ago, when they began filming "Seventeen Moments of Spring".

Tatyana Lioznova wanted to create a film as close to reality as possible. Therefore, the scenes were filmed in different parts of the USSR and the near abroad, the uniform (even German) was sewn by the atelier of the General Staff, and close attention was paid to the scenery and accompanying attributes. So it is with cars.

Based on the novel by Julian Semyonov, Stirlitz traveled around Berlin in Horch-853. Luxurious car, agree. 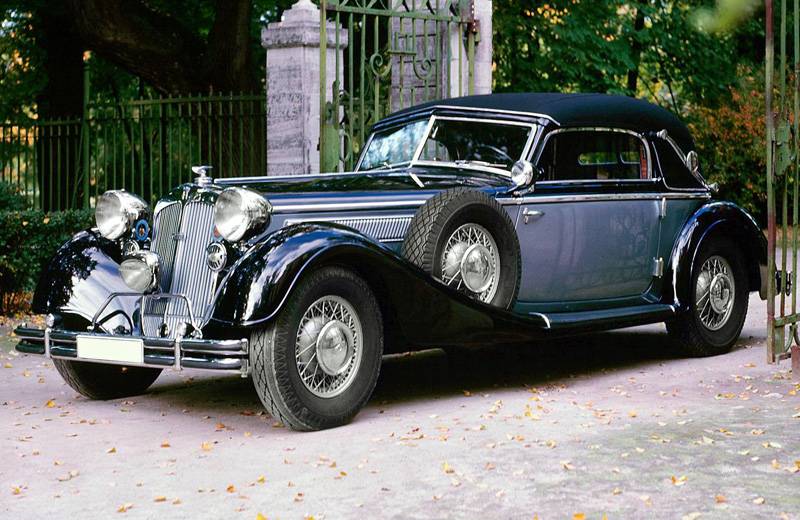 There was a similar car in Moscow at that time and even took part in the filming of films, but it was not possible to agree with the owner for such a long-term lease. Then they retreated and "transplanted" the protagonist to a Mercedes-Benz 230W 143. 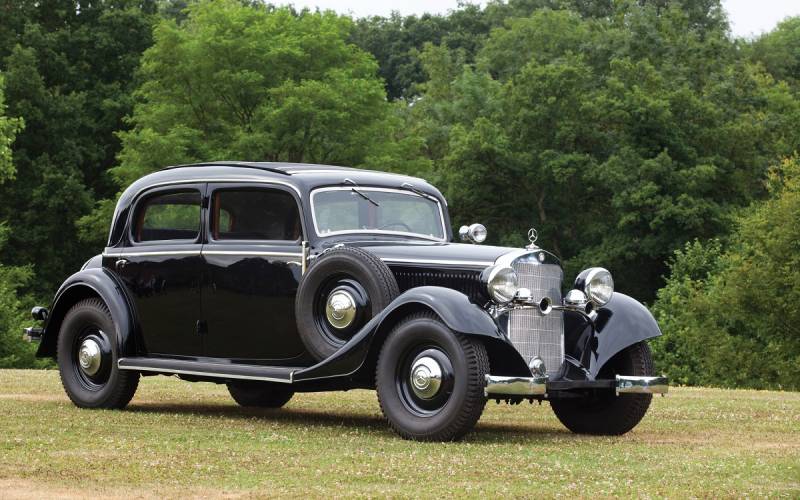 Quite a modest replacement, but out of more than 20 thousand cars produced, a sufficient number "migrated" in the form of trophies to the USSR. It is another matter that many of them were in a deplorable state at the time of filming.

We managed to use three cars. Moreover, the one that was acquired specifically for Mosfilm broke down almost immediately. Seriously and forever. It was used as a stationary exhibit and on a special device, when the cameraman's camera shoots a close-up of the hero's face, and newsreels "scroll" in the background. In general, the leading actor Vyacheslav Tikhonov performed almost all his reflections and attentive glances in the rearview mirror in a Mercedes that was parked.

During filming in the Baltics and the GDR, similar vehicles were selected. True, they differed slightly in small details, but the viewer mostly did not notice this. It is these cars that bear the brunt of the dynamic scenes.

It would be here to finish the story - the theme of Stirlitz's car is revealed.

But that was not the case - the main character moved around Germany not only in a Mercedes, but other cars were also included in the shots.

In the second episode, Stirlitz is taken to a meeting with agent provocateur Klaus in a Wanderer W23 convertible. Like that ... 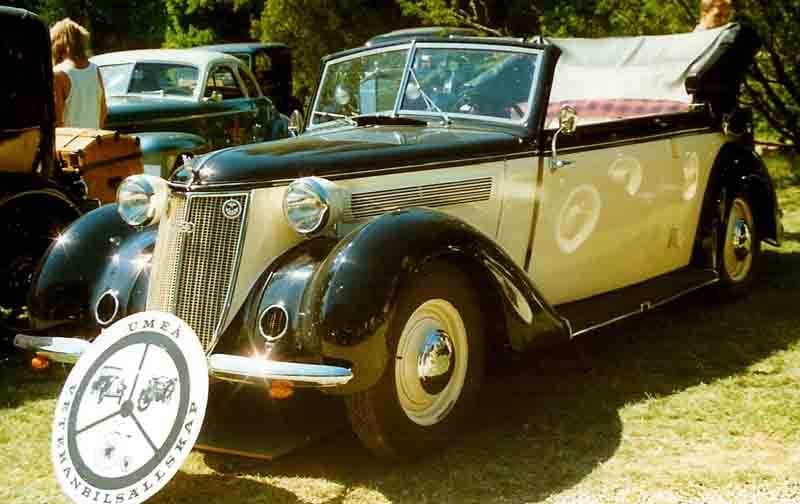 More ... In the fifth episode, the protagonist is pursued by the Gestapo in a dark Opel Captain. 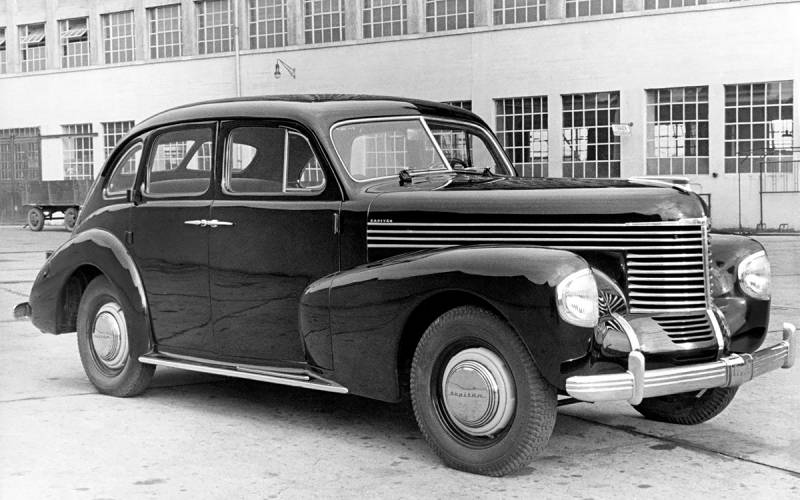 By the way, in terms of rank, such a car would be more suitable for Stirlitz in life, but this is already the opinion of auto historians.

In the eighth episode, pastor Schlag and Stirlitz, covering their tracks, transplant into something very ancient. It turns out that this is the "Wanderer W15".

In the mountains, in the Swiss Alps, Pastor Schlag and a Soviet scout arrived in a BMW 327. Approximately, on this one. 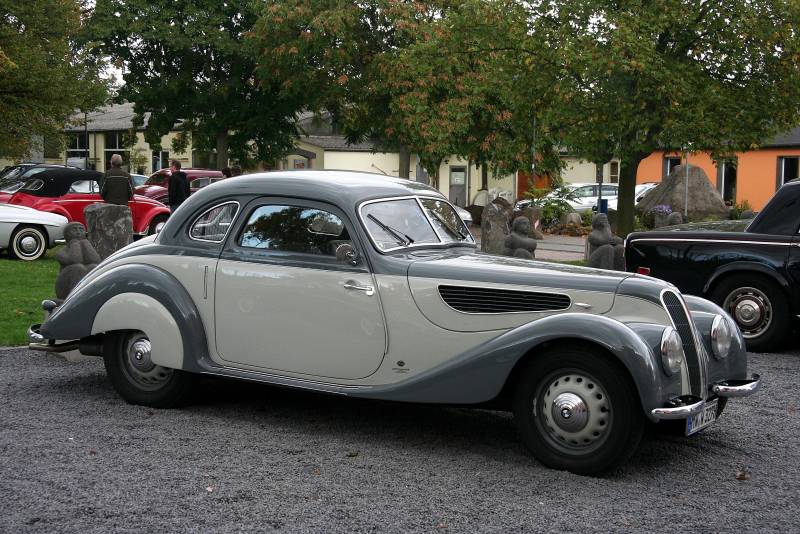 Considering that they were filmed in Georgia, in Borjomi, the filmmakers were still lucky to find such a rarity there ...

In Episode 12, two taxis flash by. One - "Ford V8", the other - "BMW 321", however, as experts note, it is noticeable that the hand of a "craftsman" was already attached to them. Some details from other models.

ZIL-130! It is he who drives by in the background, when Stirlitz is sleeping in the car, and the voice-over announces that in half an hour he will wake up and go to Berlin ...

Ctrl Enter
Noticed oshЫbku Highlight text and press. Ctrl + Enter
We are
What you didn't want to know about EnglandList of destroyed the largest and most high-tech enterprises
Military Reviewin Yandex News
Military Reviewin Google News
137 comments
Information
Dear reader, to leave comments on the publication, you must sign in.