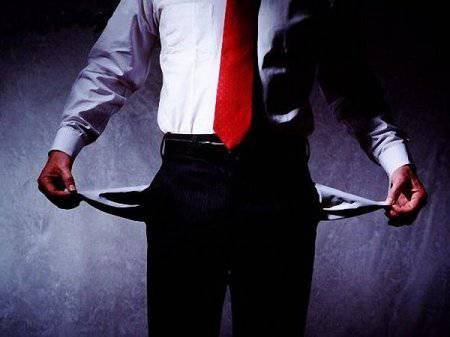 You can avoid this scenario only if you create your own financial zone.

Summer is over. It was marked by a number of different events, of which the most striking from the point of view of the economy was, of course, the rejection of the issue, made simultaneously by the European Central Bank and the US Federal Reserve. At the same time, it can be noted that the leaders of these organizations quite openly and honestly explained the reason for their decision: the low effectiveness of such a policy.

The head of the ECB even uttered a phrase that bankers can no longer solve the problem of financial risks on their own, and that it is time for policymakers to make decisions, but this phrase somehow passed by the attention of observers. But what is said is, in general, sufficient to understand the main conclusion: to save financial speculators, which include a significant number of banks and other financial structures, is no longer possible in principle.

The entire demand support system, on whose multiplications the financial capital multiplication system was built, stumbled into a dead end, which means that the continuation of the emission inevitably causes various negative side effects that compensate for its stimulating character. The heads of central banks understand this, but they can’t do anything, because speculators are used to making a profit (stopping constant growth inevitably leads to a collapse - this is also the Count of Monte Cristo explained to Baron Danglars), they received it mainly from emissions, and, most importantly, today we don’t see other mechanisms for its receipt.

If there was at least some alternative, it would be possible to talk about something else. But there is simply no alternative to the issue, which means that the pressure on officials from both the government and the central banks will be enormous, and moreover, increasing. They are still fighting back as best they can, but, nevertheless, they are not omnipotent: in Western society, the rules of the game are written by closed clubs, most of which in the last 30 years have been received by representatives of the financial establishment.

But it is impossible to explain anything to the financiers: in the event of the loss of their structures, they will lose everything, because they have not been taught how to do normal business. And for this reason, the worst for them is the bankruptcy of their institutions, which will probably, and on a large scale, because the crisis will reduce the economy in the nominal (two times), and the share of financial institutions in it (every three or four ). In total, the reduction is almost an order of magnitude, and this is a disaster not only for specific financiers, but also for the entire corporate group as a whole.

They would, of course, “break through” the leadership of central banks, but another factor entered into the business, which finally became clear this summer: the single global financial elite divided into several groups, the main ones being the “alchemists” themselves, who receive gold from the dollar printing press, and the money-changers that emerged from them, who relied on the emergence of several alternative financial centers to the dollar. As a result, officials and politicians have the opportunity to maneuver, which, however, only increases the split between these groups in the financial elite.

In general, from the point of view of geopolitics, this split is a much more important circumstance than the crisis itself: the latter only provides some background against which geopolitical events develop. And here there is one fundamentally important moment for our country.

The fact is that almost all of our economic elite, from bankers and oligarchs to officials of the economic bloc and the Central Bank, has grown under the shadow of the financial "alchemists" associated with the IMF and the Fed. For them to step aside, or, especially, to make an alternative choice is impossible: they are, as they say, "hooked up" tightly. But as part of the division of the world into financial zones, we can’t get into the dollar zone at all, well, at least kill yourself.

There are two options here: either the collapse of the country and its entry into different zones (an option that practically does not suit anyone today), or the creation of its own (with some partners) zones. But people who swore allegiance to others and forever renounced their independent role in the world cannot do this, which means that in the process of developing geopolitical processes we are inevitably waiting for serious reformatting of elites. An alternative, let me remind you - the collapse of the country.

Understanding the inevitability of this alternative came precisely in the summer: before there were other options. Today they already seem impracticable, and discuss them completely to anything. So for Russia, this summer has become fully absolutely crucial, not from the point of view of the realization of destiny, but from the one that has finally determined the possible options for development.

At the same time, the upcoming autumn becomes key, since it will show whether there are forces in Russia that can conduct a (relatively) independent policy in order to build their own currency area. We note that this policy will receive serious support from some external forces (as well as a sharp rebuff from others), but the main problem will be the internal Russian situation. The modern Russian elite will desperately resist any changes, since it is absolutely not ready to survive in conditions different from those absolutely favorable that it has created for itself over the past 20 years.

So, the summer turned out to be not only rather warm, but also extremely important, since it is this, as well as the coming autumn, that will determine our life for many decades to come.