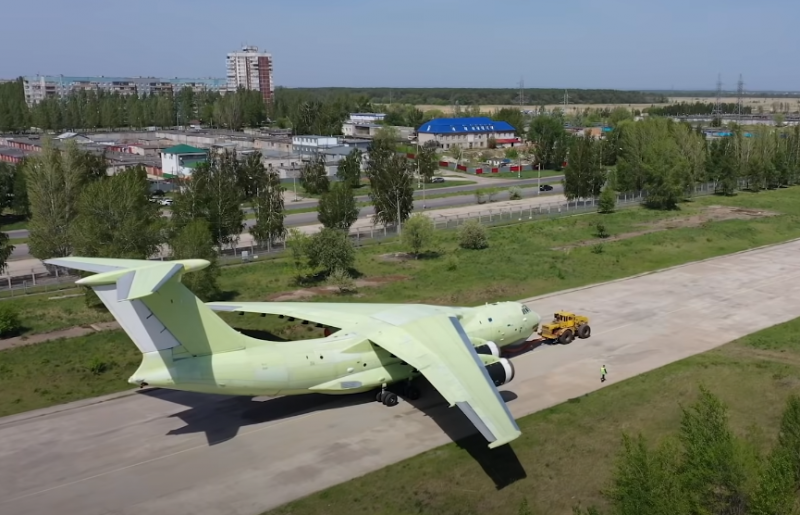 The first military transport Il-2021MD-76A built in 90 began flight tests. The new plane took off from the factory airfield Ulyanovsk-Vostochny. According to the spotters, the first flight took place on June 10, there is no official information about the tests.


According to the bmpd blog, the first Il-76MD-90A built this year took off. The rollout of this aircraft in mid-May was reported by the press service of the UAC, it was stated that this was the first aircraft assembled on the production line. On May 16, the new Il-76MD-90A was transferred to the Aviastar-SP ground station for ground and flight tests.

To date, Aviastar-SP has built only eight (including new) military transport aircraft out of 39 ordered by the Ministry of Defense under a contract signed back in 2012. The delivery of the Il-76MD-90A is delayed. In May 2020, the Ministry of Defense renewed the contract with Aviastar-SP on new terms. Now, under the old contract in 2012, the plant will now commission a total of 13 Il-76MD-90A aircraft, and from 2021 a new contract for the supply of 14 such aircraft will come into force until 2028.
Ctrl Enter
Noticed oshЫbku Highlight text and press. Ctrl + Enter
We are
The first Il-76MD-90A assembled on the production line was handed over for testing in UlyanovskDecember 2010 years. Russian March. Senseless and merciless? Notes not a Russian person
Military Reviewin Yandex News
Military Reviewin Google News
60 comments
Information
Dear reader, to leave comments on the publication, you must sign in.