Zelensky: If the West stops providing military assistance, we will solve the problem of Donbass on our own 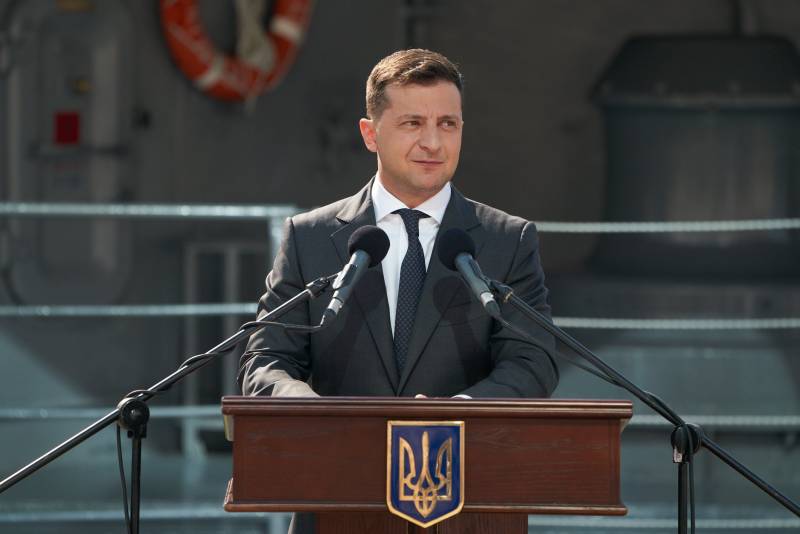 Ukrainian President Volodymyr Zelensky has promised that if Western countries stop providing military assistance to his country, he will be forced to create the most powerful, most powerful army in Europe. In this case, he will "solve the problem of Donbass on his own."


According to the press service of Zelensky, the head of state said this in an interview with three Western news agencies: Agence France-Presse, Reuters and Associated Press.

The President of Ukraine said that he will be able to achieve this ambitious goal if he actively uses human potential. But such a development of events will not bring anything good to the country, since the development of other industries will stop. Perhaps the leader of the state meant that now strawberries in Poland will remain uncollected.

Instead of becoming scientists, technologically developing their country, people will think about how to protect their family, home
- Zelensky said with his characteristic pathos.

He also noted that Ukraine has common principles with the European Union and NATO countries. It is them that the Ukrainian military are defending today in Donbass. Zelenskiy scared his Western partners that if they do not help him deal with the problematic region, then new hotbeds of tension will soon arise near NATO's borders.

Shortly before this, the head of the Foreign Ministry Nezalezhnaya Dmitry Kuleba said that his country would not recognize any decisions on Ukraine that the leaders of Russia and the United States might take at a meeting in Geneva.

Ctrl Enter
Noticed oshЫbku Highlight text and press. Ctrl + Enter
We are
Reports from the militia of New Russia for 27-28 September 2014 of the yearInterview of Vladimir Putin with Radio Europe-1 and TF1
Military Reviewin Yandex News
Military Reviewin Google News
116 comments
Information
Dear reader, to leave comments on the publication, you must sign in.