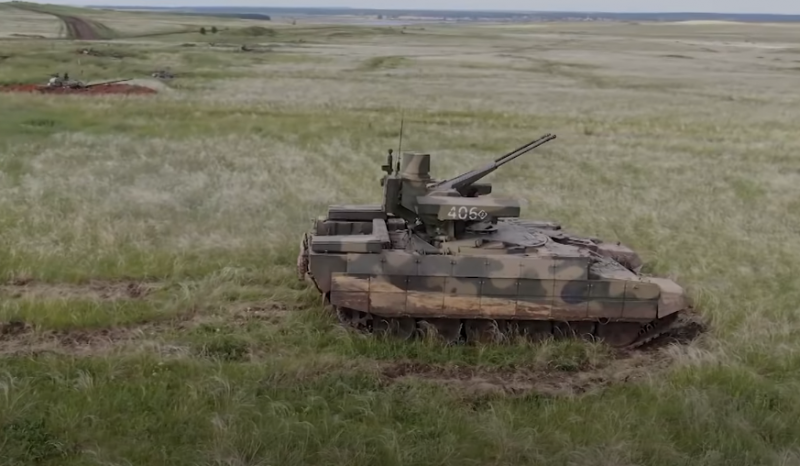 The first tactical exercise with the use of combat support vehicles started at the Chebarkulsky training ground of the Central Military District in the Chelyabinsk Region tanks BMPT "Terminator". This was reported by the press service of the Ministry of Defense.


A tank battalion on T-72B3 tanks, reinforced by the Terminator BMPT company, was reportedly involved in the exercise. Air support will be provided by two Mi-8 transport and combat helicopters. All in all, about 16 units of military equipment and over 18 servicemen were involved in the exercises, which will last from June 100 to 600.

The exercises will take place in several stages, during which the crews of tanks and BMPT will consistently work out a high-speed march, offensive and defense, as well as repelling an attack by sabotage and reconnaissance groups. All this will be practiced as part of a single unit in the daytime and at night with firing from the entire arsenal of the BMPT.


Recall that the Ministry of Defense took a year to test the BMPT, after which a decision will be made on the supply of equipment to the troops. The first stage of testing, dedicated to the general study of machines, ended in February this year. The second stage is completely devoted to the use of BMPT.