Kapitsa was mistaken when assessing the prospects for alternative energy 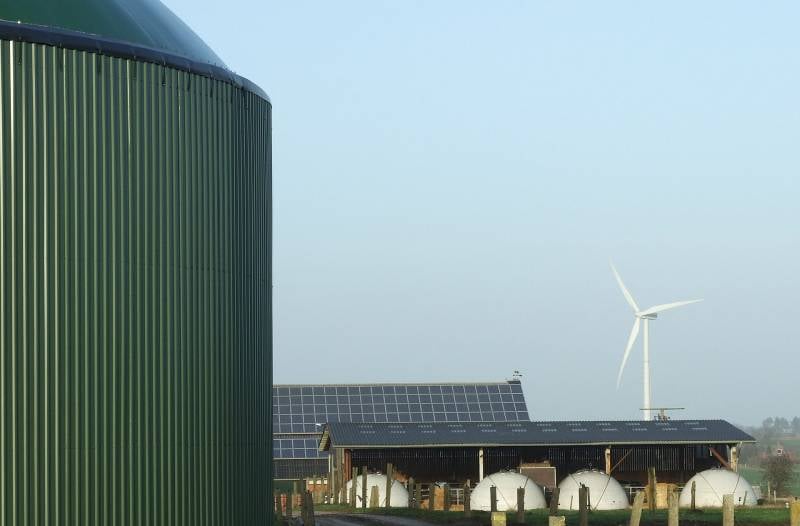 On October 8, 1975, Academician Pyotr Leonidovich Kapitsa spoke at a scientific session dedicated to the 250th anniversary of the country's Academy of Sciences. The academician, who three years later will be awarded the Nobel Prize in Physics, read a concept paper in which, based on basic physical principles, he buried almost all types of "alternative energy". The scientist made an exception only for controlled thermonuclear fusion.

Almost half a century later, the situation has changed. Although the share of alternative energy still accounts for insufficient electricity generation, the development and growth of this direction is obvious. According to the oil and gas company British Petroleum, in 2019 the generation of alternative renewable energy sources (excluding large hydroelectric power plants) reached 10,4 percent of the world's electricity generation. For the first time, alternative energy has bypassed nuclear energy in this indicator.

What Academician Pyotr Kapitsa was talking about

Alternative energy is a large set of promising methods of obtaining, transferring and using energy (very often we are talking about renewable sources). This type of energy is of primary interest due to its advantageous use and low risk of causing harm to the environment.

The considerations of the famous scientist and academician were based on the fact that no matter what source of energy we considered, it could always be characterized using two main parameters: the rate of energy transfer (propagation) and energy density - that is, its amount per unit volume. The product of the two indicated quantities would give at the output the maximum power that could be obtained from a unit surface using energy of one kind or another.

Pyotr Kapitsa said that the density of solar energy is negligible. Moreover, it spreads at a tremendous speed - the speed of light. That is why the solar flux coming to the Earth is not at all small, it provides life to all life on our planet. However, the scientist believed that solar energy as the main source of energy for all of humanity is very ineffective. 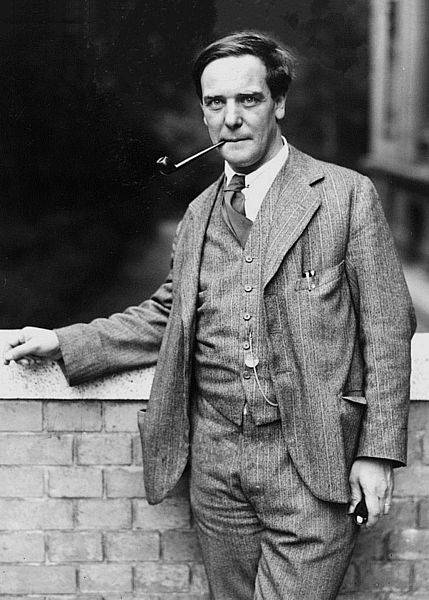 Pyotr Leonidovich Kapitsa in the 1930s
As Academician Kapitsa said, at sea level, taking into account the losses in the Earth's atmosphere, a person can ultimately use a flux of 100-200 watts per square meter. At that time, the efficiency of devices that converted solar energy into electricity reached 15 percent.

In order to cover only the household needs of one household, panels with an area of ​​40-50 square meters would be required. In order to replace all sources of fossil fuels existing on Earth with solar energy, it would be necessary to build a power plant that would occupy the entire land part of the equator, while the width of solar panels would reach 50-60 km. The academician considered such a project unrealizable either for technical, financial, or even more so for political reasons.

Almost half a century later, the numbers have remained virtually unchanged. Most solar panels under normal conditions have an efficiency of 15–20 percent (at the same time, samples with 25–30 and even 45 percent efficiency have been experimentally developed and tested). But the consumption of electricity by modern appliances has been significantly reduced. The energy efficiency trend has been set and maintained throughout the world.

True, solar energy really still lacks stars from the sky, although it received a huge impetus in development. But, as before, she alone is not able to replace all the needs of the inhabitants of the Earth, however, while such a task is not facing humanity.

Kapitsa rejected geothermal energy for obvious geographical reasons. It can only be effectively developed in areas with volcanic activity. Such examples are indeed successful, but on a limited scale. At the same time, such energy had its advantages: it does not depend on the weather, the season, the generation of geothermal energy can be carried out continuously, and its reserves, in fact, are inexhaustible. 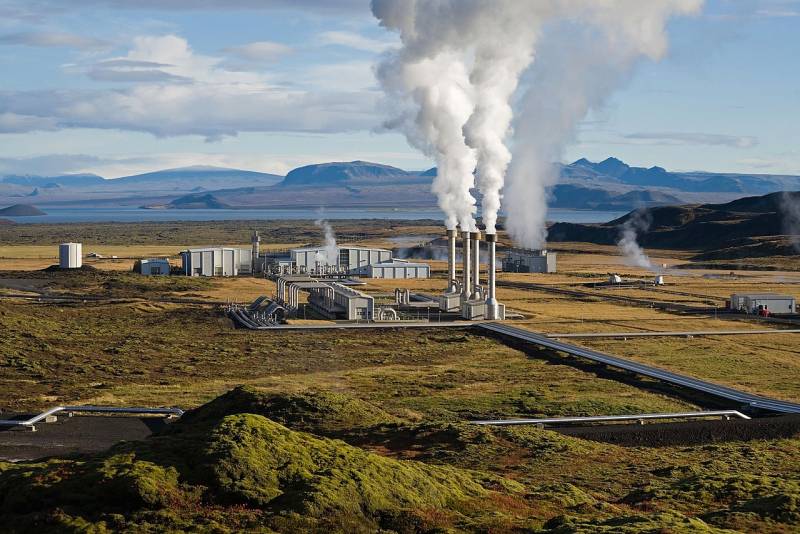 Geothermal power plant Nesavetlir in Iceland
Inexhaustible, in addition to solar and geothermal energy, are also water reserves. Hydropower, obtained by damming rivers and during high tides, can be effectively used in the economy. In the mid-1970s, hydropower accounted for 5 percent of the energy balance. Kapitsa believed that it would be extremely difficult to increase this share, since only certain rivers, preferably in mountainous areas, were suitable for the construction of powerful hydroelectric power plants.

The academician considered the use of wind energy insufficiently economically justified due to the low density of the energy flow. At the same time, Kapitsa believed that the use of alternative energy sources may be in demand for domestic needs, but he considered the scale of such use to be small.

After almost half a century, it can be stated that some countries have achieved success in the use of alternative energy sources due to their geographic location and low population, such as Iceland. All electricity in this country is generated on the basis of renewable sources (70 percent - hydroelectric, 30 percent - geothermal energy). But the success of wind energy, probably, would have surprised Petr Leonidovich most of all. Today, the share of wind turbines in a number of European countries accounts for a huge share of electricity generation, and this is far from household consumption. 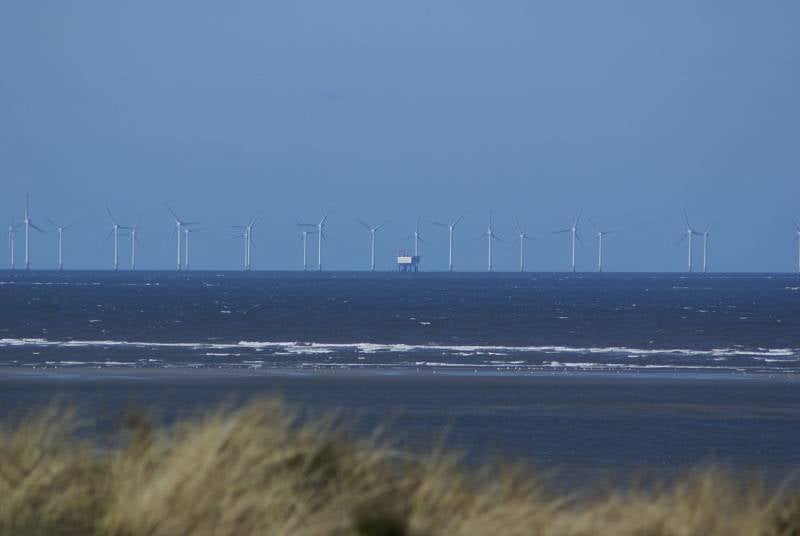 Wind turbines near the Danish coast. Photo: wikipedia.org
In some European countries, the production of electricity from renewable energy sources is even higher. The leaders are the Scandinavian countries. For example, Sweden is setting itself an ambitious goal of completely eliminating the use of carbon fuels by 2040.

Denmark, the southernmost Scandinavian country, also has ambitious targets to cut CO2030 emissions by 2 percent by 70 from 1990 levels. A large-scale program for the development of wind energy is also being implemented here. At the end of 2019, the share of wind energy in electricity production in Denmark reached 55,2 percent, which is already an excellent result.

China, which is still the main consumer of coal in the world, is also announcing very ambitious plans for the development of alternative energy. At the same time, coal is one of the dirtiest types of fossil fuels for the planet's ecology. Although here it is also worth making an allowance for the time. Most modern Chinese thermal power plants have excellent cleaning filters and minimize damage to the ecosystem.

According to Chinese experts, by 2050, the country should reduce energy production from coal-fired power plants to 30-50 percent of total energy consumption. The remaining 50-70 percent is planned to be provided with the use of natural gas, oil, as well as renewable energy sources, including nuclear energy, hydropower, wind energy and solar energy.

Over the past years, China has already been the world leader in terms of installed capacity in the hydropower, wind and photovoltaic sectors. According to Zhang Jianhua, head of the PRC State Energy Administration, in 2020, electricity generation in China using renewable energy sources reached 2,2 trillion kWh, accounting for a total of 29,5 percent of the country's total electricity consumption. This is 9,5 percent more than the country could generate with renewable energy in 2012. 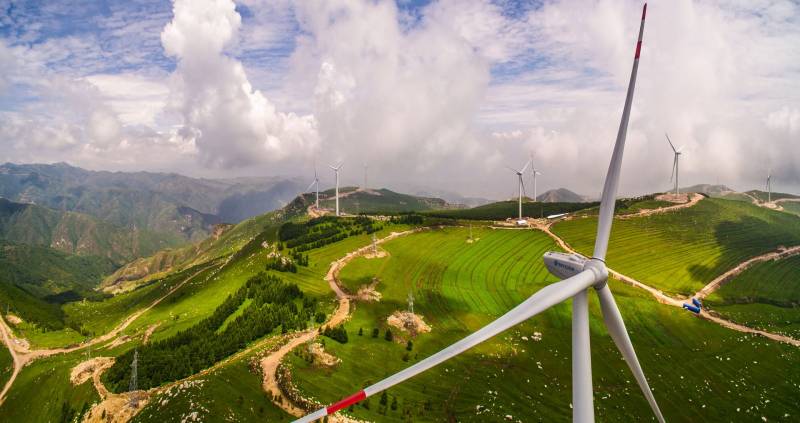 A panorama of a wind farm in Shanxi province, China. Photo: wikipedia.org
At the same time, unlike the Scandinavian countries, China has better prospects for the development of solar energy. At the end of 2020, a solar station with a capacity of 2,2 GW was put into operation in the PRC. The energy infrastructure facility is located in the vast desert of Qinghai province. In addition to the photocells themselves, the station is also equipped with energy storage systems. The station was connected to densely populated areas of the Celestial Empire using an ultra-high voltage power transmission line - 800 kV.

Traditionally, a lot of attention is paid to green energy issues in the United States. There it is often the agenda of the presidential elections. George W. Bush presented the biofuel program. New American President Joe Biden is also actively promoting green energy ideas. He was ready to invest two trillion dollars in the transfer of the national energy to environmentally friendly sources, while the full transition is planned to be carried out by 2035.

It is unlikely that these plans will be fully implemented, but the impetus is quite obvious. Companies in the green energy sector reacted by raising their shares to the election of Biden. The whole question is how much it will be possible to implement the ambitious program, since история with biofuels, although it received serious development in the States, it did not reach the figures announced by Bush.

Prospects for alternative energy in Russia

In Russia, as in the rest of the world, they understand the need to develop alternative energy and reduce the negative impact on the environment. At the same time, Russia has no serious success in this area.

One of the main obstacles to the development of this direction is traditionally called the presence of large reserves of organic fuel in the country. Of the total energy resources in Russia in 2012, only 4 percent came from renewable sources, of which 2/3 was generated by hydropower.

In the structure of electricity generation, the situation is better due to hydroelectric power plants, which in 2020 generated about 20 percent of all electricity, another 12 percent falls on nuclear power plants, solar energy only 0,55 percent, wind energy - 0,07 percent (within the margin of error). Most of Russia's electricity is still generated by thermal power plants - 67 percent.

The largest solar power plant in Russia "Perovo" in the Crimea. Photo: Activ Solar / flickr.com
It is planned to correct this situation by developing renewable energy programs. By 2035, the volume of state support for projects in this area alone should amount to 360 billion rubles. This was announced at the beginning of June 2021 by the official website of the Government of the Russian Federation. This is already the second renewable energy development program in Russia, the first should be completed in 2024.

As the Ministry of Energy previously reported, in 2023–2035, Russia is expected to commission about 2,4 GW of solar power, 4,1 GW of wind power and 0,2 GW of small hydroelectric power plants. In total, by 2035, Russia plans to introduce about 6,7 GW of capacity generated by renewable energy sources, which at best will amount to about 4 percent of the country's energy balance.

Ctrl Enter
Noticed oshЫbku Highlight text and press. Ctrl + Enter
We are
List of destroyed the largest and most high-tech enterprisesMilitary reform as an integral part of the security concept of the Russian Federation: Systematic dynamic assessment
Military Reviewin Yandex News
Military Reviewin Google News
240 comments
Information
Dear reader, to leave comments on the publication, you must sign in.