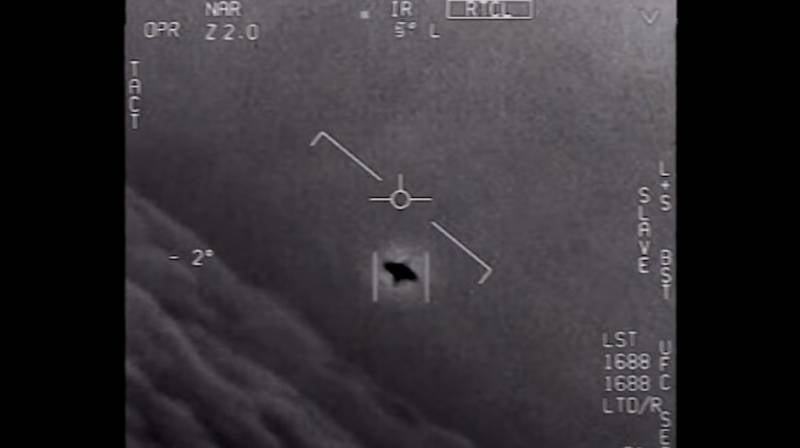 Unidentified flying objects (UFOs) observed by the US military are very likely to be Russian or Chinese drones, and this is "abnormal." This statement was made by UFO expert Nick Pope on Fox News.


An American expert, discussing a video filmed in 2019 with UFOs circling next to the USS Omaha, the US Navy, admitted that these could be the latest drones developed in Russia or China. At least there is such a theory, Pope said.

According to him, it is not known for certain what is near the ship and it is necessary to find out urgently. If these are really Russian or Chinese drones, then this is "outrageous and abnormal," the expert emphasized. But if this is just a UFO, then it seems that there is nothing terrible.

When asked by the host why all the pictures and videos are "fuzzy", Pope said that there are good quality pictures and videos, but they are not for publication. At the same time, he is confident that in the near future more accurate information about UFOs will appear in the report of the Director of National Intelligence to the US Congress.

By the way, the option that UFOs may be Russian or Chinese drones is supported by American astrophysicist Adam Frank. According to him, UFOs may turn out to be new developments of Russia or China, with the help of which the "opponents of the United States" are studying the country's defenses.
Ctrl Enter
Noticed oshЫbku Highlight text and press. Ctrl + Enter
We are
December 2010 years. Russian March. Senseless and merciless? Notes not a Russian personInterview of Vladimir Putin with Radio Europe-1 and TF1
Military Reviewin Yandex News
Military Reviewin Google News
42 comments
Ad