Chinese media: Russia will have a lighter "brother" of the fifth generation fighter Su-57 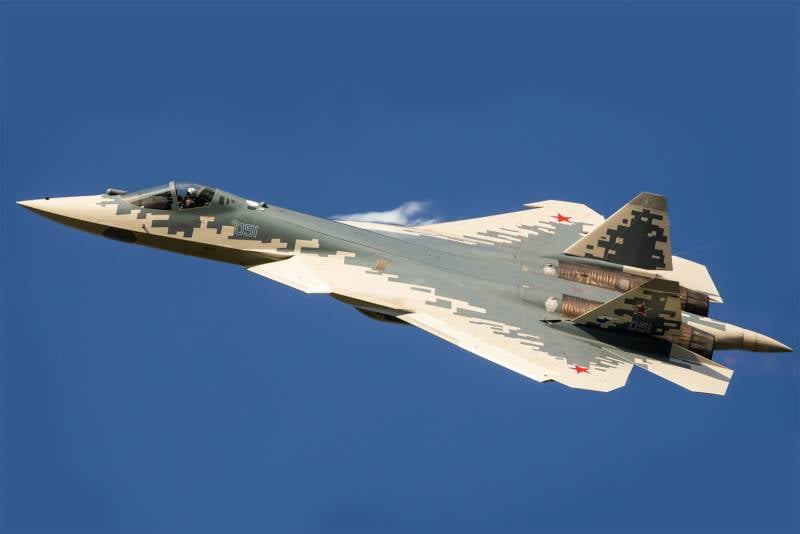 The Chinese media began to publish materials dedicated to the statements of Russian representatives about the start of development in the Russian Federation of a promising new generation aircraft. A few days ago, data was published that work had begun on the creation of a light single-engine Russian fighter with a take-off weight of up to 18 tons and a speed of up to 2 M. Earlier, it was about plans to create for the Russian Aerospace Forces LMFS - a light multipurpose front-line aircraft.


In the Chinese edition of Sohu, material was released, which says that so far nothing has been said in Russia about the "stealth" characteristics of the promising aircraft. At the same time, it is noted that this multi-role fighter, "probably will receive them, otherwise it will not be attributed to the aircraft of the fifth generation."

These statements once again show how much attention is paid abroad to the "stealth" characteristics of modern fighters. At the same time, such an "enthusiastic" attitude to stealth parameters looks rather strange, given that, for example, the Chinese J-20 was spotted by the Indian Air Force Su-30MKI fighter's radar - the "stealth" characteristics did not help him much.

It can be stated that Russia will have a second new-generation aircraft if all parameters meet the necessary requirements. It will become a lighter "brother" of the Su-57, the maximum take-off weight of which, based on open sources, is about 35 tons. The newest Russian fighter will be twice as light, and, of course, it will solve other problems.
The Chinese edition indicates that as a result, the single-engine Russian combat aircraft will not have the versatility that "they are going to endow the Su-57." This refers, among other things, to the Su-57's ability to act as a command post for several Okhotnik strike drones. In the PRC media, they believe that a light single-engine fighter in the Russian Aerospace Forces in the future can focus more on highly maneuverable air combat, including classic interception.