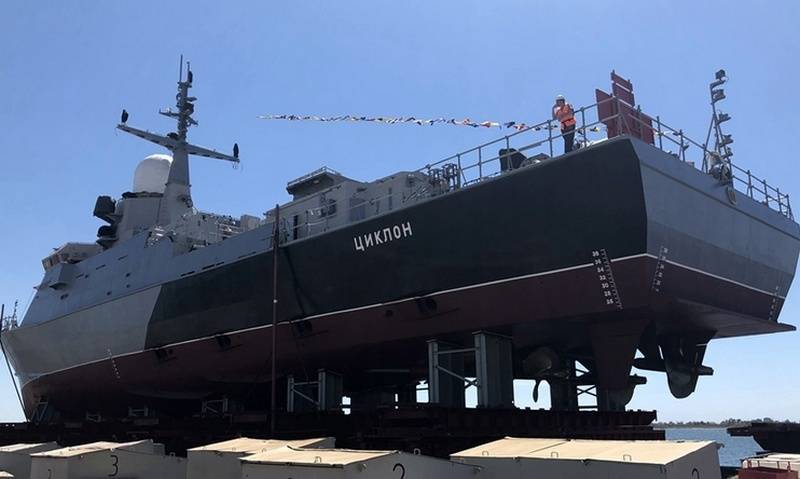 The Black Sea Fleet will be strengthened by small missile ships (MRK) of project 22800. By the end of the year, fleet it is planned to host two "Karakurt".


According to the Ministry of Defense, the Black Sea Fleet will include the Cyclone and Askold MRKs. Both ships are being built at the Zaliv shipyard in Kerch, but are at different stages. If "Cyclone" was launched in the summer of 2020, completed and is currently undergoing tests, then "Askold" is only being prepared for launching. A third RTO for the Black Sea Fleet, called Amur, is being built there, but it will be launched only in 2022. The delay in the construction of the ships has nothing to do with the "Zaliv" itself, it's all about the supply of power plants.

As reported "News" With reference to sources in the military department, the crews for the RTOs have been formed, after the transfer they will become part of the 41st brigade of missile ships of the Black Sea Fleet.

According to the plans of the Russian Navy, at least 18 MRKs of project 22800 should be included in the Russian Navy, however, the construction of ships is slowed down due to insufficient production rates of M507 diesel engines installed on MRKs of this project.
Ctrl Enter
Noticed oshЫbku Highlight text and press. Ctrl + Enter
We are
Project 22800 "Cyclone" MRK launched in CrimeaRTO "Sovetsk" project 22800 Karakurt became part of the Baltic Fleet
Military Reviewin Yandex News
Military Reviewin Google News
69 comments
Information
Dear reader, to leave comments on the publication, you must sign in.