"An analogue of the Russian" Peresvet ": serial production of ALKA combat laser systems begins in Turkey 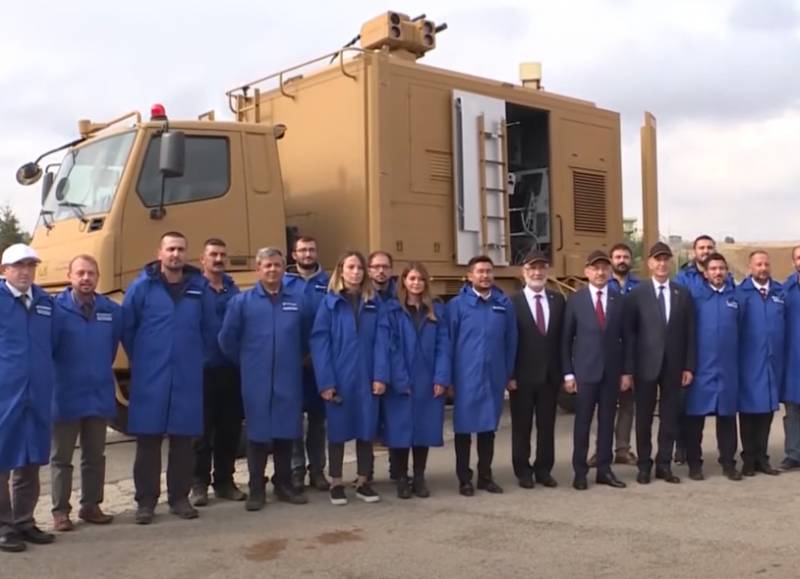 Turkey announced the start of serial production of ALKA combat laser systems (BLU). Turkish combat lasers, as noted by the manufacturer - the Roketsan company, can destroy small unmanned aerial vehicles (UAVs). Also, a combat laser can be used to remotely detonate mines and improvised explosive devices. It is argued that ALKA can also be used to neutralize certain ammunition - for example, mortar mines. At the same time, the main purpose is still to protect against drones.


The general director of the aforementioned Turkish company says that combat laser installations will soon begin to enter service "to protect critical facilities."

The ALKA system consists of a laser cannon, a radar system, a jamming system, and a power supply system.

As noted, the radar system itself identifies objects that may pose a danger to the protected area. The power of the laser installation is 2,5 kW, which is said to be enough to destroy the UAV. At the same time, it is not specified how long ALKA must act on the drone in order to destroy it in flight. Using the jamming system, the drone can be deactivated.

Roketsan says the laser warhead is "also effective against a swarm of drones." It has an automatic control mode, including an automatic target tracking and tracking mode. 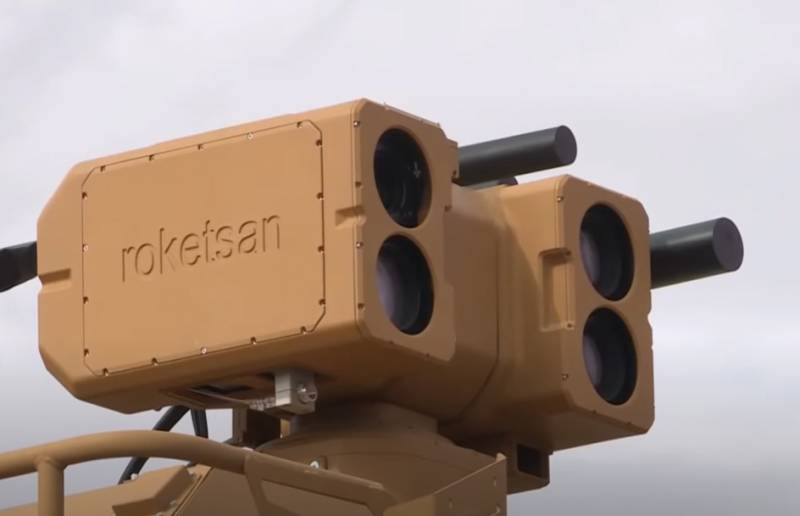 BLU ALKA is proposed to be used to protect the perimeter of military units, residential areas, security of airports and airfields.

The unit can be installed on a vehicle platform for mobility.

Experts called BLU ALKA the Turkish analogue of the Russian "Peresvet".
Ctrl Enter
Noticed oshЫbku Highlight text and press. Ctrl + Enter
We are
Reports from the militia of New Russia for 27-28 September 2014 of the yearDecember 2010 years. Russian March. Senseless and merciless? Notes not a Russian person
Military Reviewin Yandex News
Military Reviewin Google News
69 comments
Information
Dear reader, to leave comments on the publication, you must sign in.