Chinese warplanes crossed the "middle line" on the approaches to Taiwan 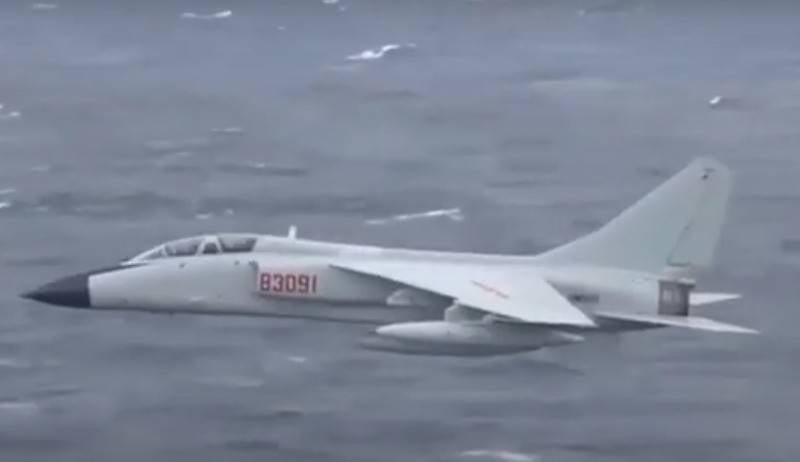 Chinese leading military officials reacted sharply to the demonstration of force by the US naval forces - to the movement of their ships across the strait between the PRC and Taiwan.

PLA fighter-bombers crossed the "middle line" of the Taiwan Strait, holding back separatists after the passage of American warships
- stated in the Chinese edition of the Global Times.

As explained on the resource, two combat aircraft JH-7 [created to replace the local modifications of the Il-28 and MiG-19], the Y-8 aircraft [developed on the basis of the An-12] in the modification of electronic warfare and PLO "entered the identification zone of the air defense of the island Taiwan". It is noted that the PLA Air Force rarely crosses the "middle line" on the approaches to Taiwan, especially when it maneuvers south of the "security line".

The "middle line" is a non-existent border that, according to some leaders on the island, divides the Taiwan Strait into mainland and island parts of Taiwan. Both coasts are part of China
- write in the publication of the PRC.

Taiwanese separatists must be aware that some of the occasional passages of American warships mean nothing compared to the almost daily PLA exercises.
- warned in the Ministry of Defense of the PRC.
Ctrl Enter
Noticed oshЫbku Highlight text and press. Ctrl + Enter
We are
Taiwan deploys anti-Chinese missile defense systemTo the question of the external expansion of the yellow dragon
Military Reviewin Yandex News
Military Reviewin Google News
51 comment
Information
Dear reader, to leave comments on the publication, you must sign in.