"The seizure of Georgian territories continues": British observer on Russian tactics at the border 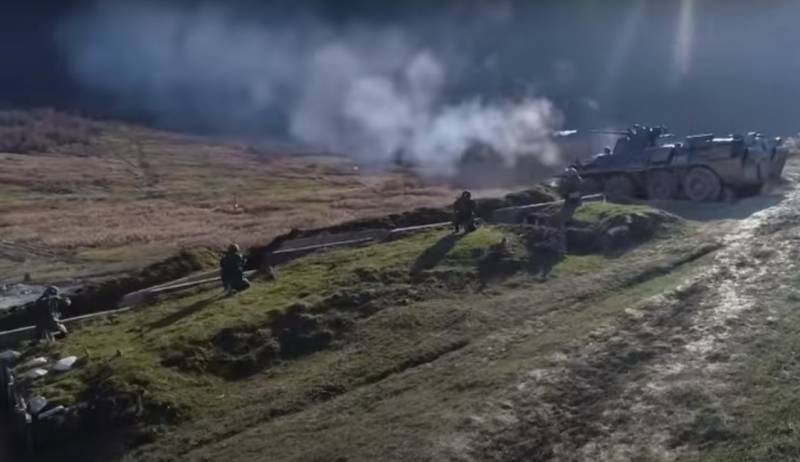 Exercises of servicemen of the 7th military base of the RF Armed Forces, Abkhazia

More than ten years have passed since Georgia lost 20% of its land as a result of the intervention of Russian troops. However, the process of territorial losses did not end there - the border line continues to shift in favor of Moscow.

Russia is pursuing a policy of "borderisation", which implies the gradual rejection of an even larger Georgian territory by expanding the zones of "occupation"
- writes British columnist Natia Seskuria on the pages of RUSI, describing the tactics chosen by Moscow.

We are talking about moving the border line inland. As a result, it is now 400 meters from the only highway connecting western Georgia, including its Black Sea coast, with the rest of the state. At the same time, part of the 830-kilometer Baku-Supsa oil pipeline (1605 m) was also under the control of the Russian side.

Apparently, this is precisely why the British RUSI institute continues to raise the Georgian agenda - the specified "pipe" that transports hydrocarbons from Azerbaijan to the Black Sea terminal of Georgia belongs to the BP corporation headquartered in London.

There is a gradual seizure of territories [...] Tbilisi should force its Western allies to respond with practical tools, such as imposing tougher sanctions against Russia, to prevent further violations of international law on Georgian soil
- calls on the British observer, concerned about the placement of the "pipe" BP in the territory, which was under the control of the Russian Federation.
Ctrl Enter
Noticed oshЫbku Highlight text and press. Ctrl + Enter
We are
Today is Border Guard DayAggressive peacekeeping Saakashvili
Military Reviewin Yandex News
Military Reviewin Google News
96 comments
Ad