"Strike on the Baltic": NATO ships have practiced repelling the offensive of the Russian army 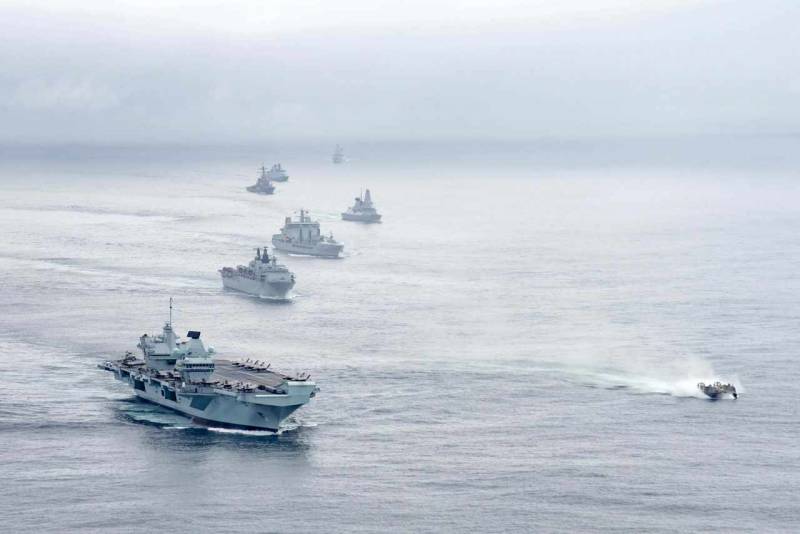 Joint NATO forces conducted naval exercises in the North Atlantic. As the American edition of The Drive writes, during the exercises, they practiced repelling the offensive of the Russian army with a strike on the "Baltic region".


In the North Atlantic, a large-scale exercise Ragnar Viking took place, in which the Royal Navy of Great Britain, the US Navy, as well as the French Navy and the Royal Norwegian Navy took part. The most numerous group was fielded by the British and Americans, the French and Norwegians were limited to one frigate and a frigate with a corvette, respectively.

All of these forces worked out many tasks, including repelling an offensive by the Russian army with a long-range strike in the Baltic and landing an assault force in Norway. When working out the scenarios, the "Russian threat" was taken into account in a wider area than the Baltic states, while the Baltics and Norway are identified as "hot spots" where a military conflict with Russia is possible.

As stated in the command of the US Navy, the exercise demonstrated "the highest cohesion and authority of NATO" in the North Atlantic.

Ctrl Enter
Noticed oshЫbku Highlight text and press. Ctrl + Enter
We are
The US Navy has implemented an option for the tenth Virginia class nuclear submarine of the new Block V modificationThe US Navy ordered the construction of nine submarines of the Virginia type, a new modification of Block V
Military Reviewin Yandex News
Military Reviewin Google News
31 comment
Information
Dear reader, to leave comments on the publication, you must sign in.