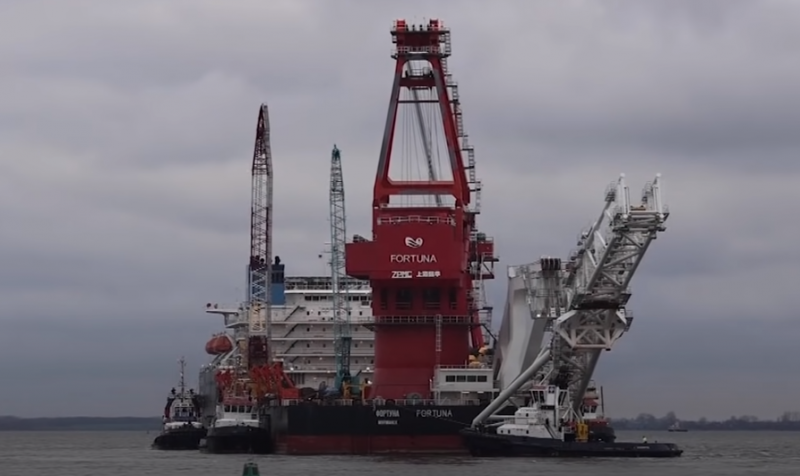 The United States imposed sanctions on the Nord Stream 2 under construction, and the operator Nord Stream 2 AG and its owner were not included in the list.


The US Treasury has expanded sanctions against the Russian gas pipeline, adding new ones to the restrictions already imposed. According to the published list, several Russian companies and vessels related to the construction of the gas pipeline fell under the new sanctions.

Thus, the US State Department kept its promise made last week that there will be sanctions against Nord Stream 2, but they will not affect the company itself, since Washington does not want to completely spoil relations with Germany. By imposing restrictions on Russian ships and companies, the United States has shown that it is still fighting the Russian gas pipeline, but at the same time, the imposed sanctions should not affect the construction of Nord Stream 2.

A report on the restrictions imposed has already been sent to the US Congress, which is what the American senators demanded. The next report on the measures taken against the Russian gas pipeline is due in August this year. So by that time, another batch of sanctions can be expected. Against whom they will be introduced is not yet clear, since all companies, ships and ships related to the construction have already been included in the sanctions list. And not only for Nord Stream 2, but also for Turkish Stream.

Meanwhile, not all American senators were satisfied with the proposed list. Earlier, a group of 12 people demanded to tighten the imposed sanctions, up to a complete stop of construction. The corresponding bill has already been submitted to the Senate.
Ctrl Enter
Noticed oshЫbku Highlight text and press. Ctrl + Enter
We are
Yuri Drozdov: Russia prepared the role of the sacrificial calfReports from the militia of New Russia for 27-28 September 2014 of the year
Military Reviewin Yandex News
Military Reviewin Google News
64 comments
Ad