Syrian presidential elections: power, opposition and the role of Russia 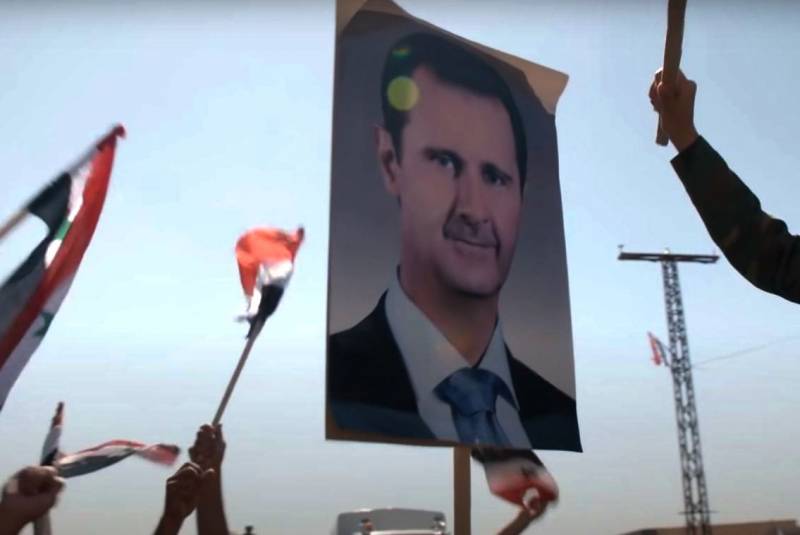 The presidential elections in the Syrian Arab Republic will take place on May 26, less than a week later. The main candidate and one hundred percent winner is the incumbent President Bashar al-Assad. He has been in power for exactly 21 years, since July 2000. It turns out that Assad and Putin are the same age as in power in their countries, although the age of the Syrian president is much younger - he is only 55 years old.

Assad has been in power for 21 years, but in Syria there was also an analogue of "zeroing", so the current head of state can be nominated for the presidency. However, for the Syrian opposition, Assad's nomination is proof of the "fictitiousness" of the upcoming presidential elections. Moreover, the elections will not be held throughout the country, but only in the provinces and settlements controlled by the government of the SAR.

What is the point in postponing or canceling elections if there is no new constitution in nature? The only thing that can explain such a position of the West is the continuing desire to undermine Assad's power and remove him. No one in the United States or the European Union has yet abandoned the idea of ​​changing the regime in Syria. Therefore, any pretext will be used to criticize Bashar al-Assad and his actions. 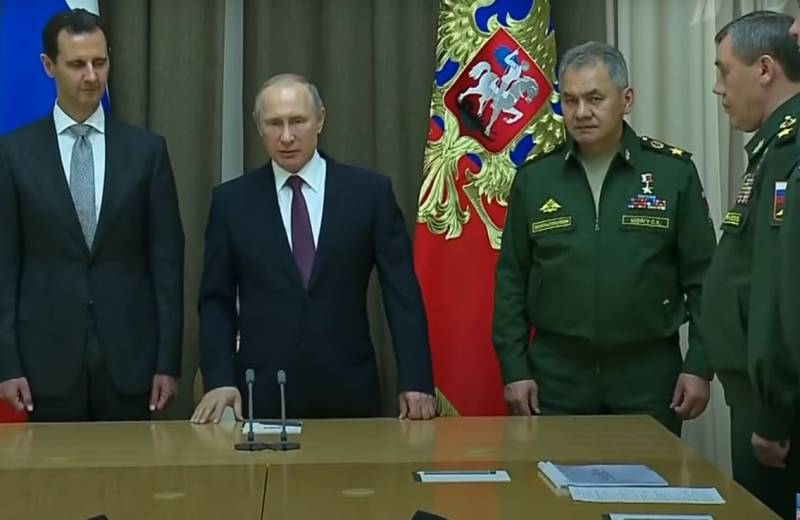 Western media accuse Russia of unequivocally supporting Bashar al-Assad. But why shouldn't Moscow support him? Is there any other candidate in modern Syria that would be more acceptable to Russia?

Before the Arab Spring, inspired by the West, Syria was one of the most prosperous states in the Arab East, combining certain secular freedoms, a market economy, and social order. That bloody and terrible war, which has been going on in the country for a whole decade, was a direct consequence of the policy of the West, which, without waiting for a natural course stories, decided to put an end to the unreliable, from the point of view of Washington, Bashar al-Assad's regime and made a bet on those forces that could neither overthrow Assad, nor stabilize the situation in the country.

As a result, chaos ensued in Syria in a significant part of the territory, the country actually turned into a patchwork quilt, where each group controls a certain territory.

For many years there have been foreign troops on Syrian soil, and the government of the republic did not invite Americans or Turks to Syria, unlike the Russian army. Bashar al-Assad was able to maintain relatively good relations with Russia, and today Moscow has no reason not to support him. And there is no one else to bet on, given the diversity of the modern Syrian political map.

The fact that Bashar al-Assad today has no other alternative has long been thought of in the League of Arab States. Many Arab countries that once opposed the Syrian leader have already changed their position. And this is reasonable: first you need to end the civil war, and only then decide who will lead the post-war, stabilized and gradually rebuilding the destroyed infrastructure of Syria. 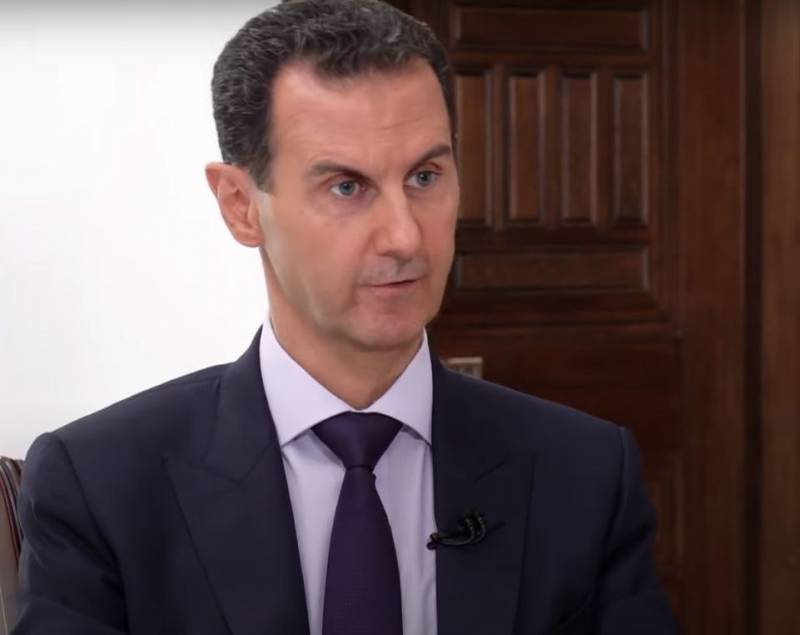 No matter how the West protested, in Syria, the opinions of the United States and other Western countries are considered less and less. In the Middle East and in Syria in particular, there are other players - the same Russia, Turkey, Saudi Arabia, Iran, each of which defends its own interests. Moreover, now, against the background of the Israeli-Palestinian conflict, events in Syria are somehow receding into the background. Why does the West need the Syrian elections if it is not able to contribute to the establishment of peace in Palestine, to influence the allied Israel or the Palestinian groups, which at one time also listened to America?

There is no common position in the Arab world regarding the future of Syria. In Egypt, the attitude towards Bashar al-Assad is quite loyal: the current president of Egypt, Abdel Fattah al-Sisi, understands perfectly well that Bashar al-Assad is the same secular authoritarian leader, and they have common enemies - religious extremism and terrorism. The UAE has also changed its attitude towards Syria: Abu Dhabi opened an embassy in Damascus, and now relatively neutral relations are maintained between the countries.

In addition, the named Arab states are not interested in strengthening Turkey in the region, and Bashar al-Assad is one of the main obstacles to this. So far, Turkey is bogged down in Syria, and Damascus is diverting a significant part of Ankara's military, financial, information and organizational resources. Probably for the same reason, Saudi Arabia may not strongly protest against Assad. Of course, Riyadh could never have been suspected of sympathizing with the Baathists in Syria, but now the choice is not very diverse - the Saudis also do not want the growth of Turkish influence in the Arab East.

But Saudi Arabia has an obvious obstacle to showing greater loyalty to Assad - the Syrian regime is closely tied to Iran, and Iran is an even greater threat to Saudi interests than Turkey. And yet Riyadh has not obstructed Syria for a long time, including allowing the passage of Syrian trucks through its territory, and did not object to the opening of the UAE embassies, and then Bahrain in Damascus, although both monarchies are in allied relations with the KSA.

Finally, Iraq and Lebanon have always been loyal to Damascus, Syria has good relations with another large Arab country - Algeria. Thus, it was impossible to speak of the total isolation of Syria in the Arab world even a few years ago, but today the mood in the League of Arab States towards Assad is becoming more and more loyal. Indeed, why call for his overthrow if there is no other alternative? Almost all regional players are tired of the endless chaos in Syria.

There is no doubt about the results of the upcoming presidential elections in Syria. Bashar al-Assad will win a convincing victory on them, and it is possible that even the administrative resource will not need to be used for this, or at least it will be used on an insignificant scale. Simply vote for Assad will be those territories that are already controlled by the Syrian government forces.

Kurdish areas, as well as areas where Turkish or American troops rule, are a separate issue. Bashar al-Assad will win the elections with an absolute majority of votes, and then nothing will change. Russia will continue to support the current Syrian regime, the Arab countries of the Middle East will probe the situation and maneuver between loyalty and criticism, Turkey will oppose Assad, and the United States and Europe will adhere to the previous policy of sanctions and strong rejection.

At the same time, the elections will also have a great propaganda effect: they demonstrate that, despite a decade of civil war, Syria has retained its statehood and such an important attribute as the presidential election. Bashar al-Assad became one of the few rulers of the Middle East who managed not only to survive the Arab Spring in his post, but also to remain in power.

For Russia, the holding of presidential elections in Syria and the victory of Bashar al-Assad in them are evidence of the success of foreign policy in the Middle East. Indeed, the fact that Assad is there and he goes to the polls is a very big merit of Moscow. In fact, it was Russia that did not allow the current Syrian statehood to disappear, did not allow the West to completely destroy Syria as a centralized state.

Ctrl Enter
Noticed oshЫbku Highlight text and press. Ctrl + Enter
We are
What you didn't want to know about EnglandInterview by President Bashar Al-Assad to the Sunday Times
Military Reviewin Yandex News
Military Reviewin Google News
121 comment
Information
Dear reader, to leave comments on the publication, you must sign in.