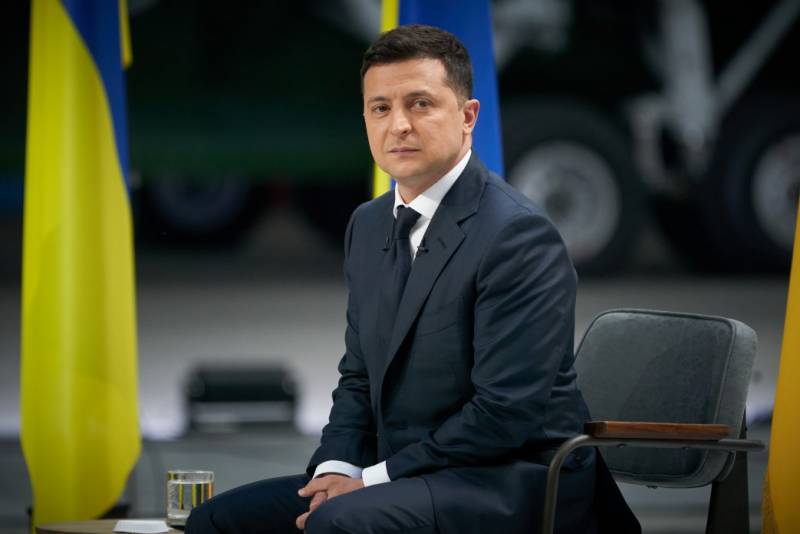 In Ukraine, they decided to arrange a kind of test for the current president. He is connected with Joe Biden's sensational interview with one of the American channels. Recall that then, answering a TV reporter's question about whether "Putin is a murderer", the US President answered in the affirmative. Although the answer looked like a kind of hum, but its message was clear.


Now, in fact, Ukrainian journalists have decided to ask their president the same question. After the official end of the press conference, a journalist from the Pryamoy shopping center asked Zelensky:

Can you call Russian President Vladimir Putin a murderer. Tell me yes or no?
Volodymyr Zelenskyy did not directly answer the question of the Ukrainian journalist, while frankly making it clear that the question itself sounds clearly provocative. According to the President of Ukraine, "because of this issue, tomorrow a hundred people may be killed in the Donbass."

And what would you do then? .. Goodbye.
And during the press conference itself, Zelensky noted that he was not ready to give unambiguously sharp characteristics, since they could lead to a "significant aggravation."

Ukrainian experts note that Zelensky chose this rhetoric, as he expects to meet with Vladimir Putin in the coming months. At the same time, in the very office of the President of Ukraine, we would like to see a meeting between Zelensky and Biden, and before the meeting with Biden of the Russian president. Kiev believes that if Putin and the US President meet earlier, then "the Ukrainian agenda may not be in the first place." And some political analysts in Kiev are confident that Biden can generally “surrender” Ukraine to Putin.