NATO Balkan fiasco: Montenegro did not provide the military bloc with territory for the exercises 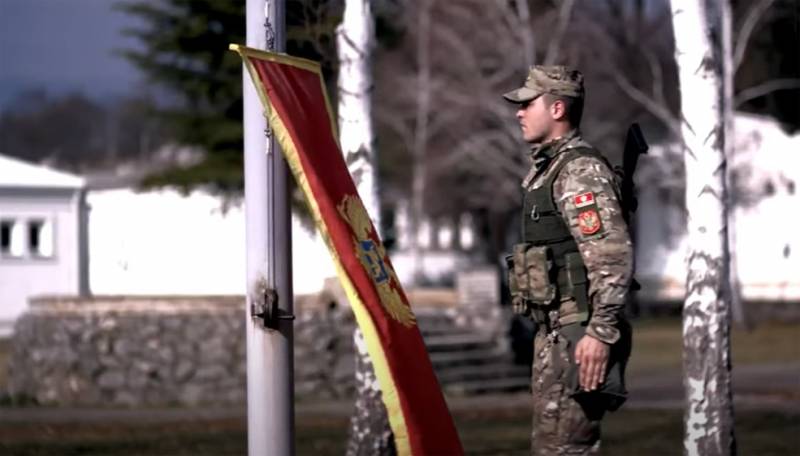 According to preliminary agreements, the exercises were to be held from May 17 to June 2 in the Sinyaevina mountain range, located in Montenegro. It should be noted that this prospect caused sharp opposition from not only many local politicians (including those belonging to the parties that are part of the ruling coalition), but also representatives of the Serbian Orthodox Church, which has considerable weight and influence in this country. All of them spoke out categorically against the transformation of this protected area into a military training ground.


Ultimately, the Montenegrin Ministry of Defense, through the mouth of its leader, Oliver Iñac, made an official statement on the cancellation of the maneuvers almost on the eve of their start. The country refused to provide the military bloc with territory for exercises. A real Balkan fiasco for NATO.

However, the demand from the current government of the country is small - the decision to conduct maneuvers on the Montenegrin territory was made by his predecessors. At the same time, the sharp "cooling" of Podgorica's relations with NATO is far from being limited to the refusal of military games in Sinyaevin.

Contrary to her earlier plans, there will be no Montenegrin contingent in the KFOR mission in Kosovo. Denying this mission within the framework of the Alliance, the country's authorities refer to the fact that it is hardly appropriate during the coronavirus pandemic. And in general, they complain, the state budget has already suffered serious damage due to the "coronacrisis", which hit the tourism industry, which is the key one for the economy of this Balkan country, in the most severe way. So, excuse me, gentlemen, Euro-Atlanticists, but we have no money in our treasury to send our soldiers on trips abroad, - the authorities of Montenegro actually announced.

Moreover, Oliver Ignac, during her speech in the country's parliament, also reported on a much more serious deviation from the course of cooperation with NATO that was outlined at the time. According to her, Montenegro will not, following the plans of the previous government, launch the HR 3000 3D long-range radar this year.

This installation, capable, according to available data, to track space within a radius of up to 500 kilometers up to heights of 30 thousand meters above sea level, was transferred to Podgorica by the North Atlantic Alliance two years ago, and it was planned to commission it this year. Nevertheless, as the head of the Montenegrin Ministry of Defense said, the issue was "paused" until at least 2024. Until then, she said, "preparatory work will be carried out." It has long been known that such formulations, as a rule, conceal intentions to "freeze" a particular project.

Some Western media on this occasion did not fail to recall that the plans to install a NATO radar in Montenegro at one time were sharply criticized by local politicians, as they claim, of a "pro-Russian sense". As an example, the negative position of the head of the parliamentary security committee, representative of the "Democratic Front" Milan Knezhevich is cited.

Also in this context, mention is made of a negative reaction to the same initiative and representatives of Russia, in particular, the chairman of the Russian State Duma's defense committee Vladimir Shamanov, who characterized it as "a step of Podgorica that was definitely unfriendly to Russia."

On the basis of all this, some publications draw conclusions regarding the "revenge in Montenegro of the pro-Russian and pro-Serb forces." Nevertheless, perhaps in this case it would be more appropriate to recall the official request for help in the fight against coronavirus, which the Foreign Ministry of Montenegro addressed to various European structures (including NATO) in March this year.

There is no evidence of any positive reaction to it and the effective support received by the country from the Alliance. But it is known for sure that the vaccination of Montenegrins from the end of February this year has been carried out by the Russian "Sputnik V". So what we should talk about here is not about some kind of "revenge", but about a conscious and reasonable choice of partners, made on the basis not of loud rhetoric, but of concrete deeds.