Strange "To each his own" in Russia

Recently, the Internet has boiled so strongly at the news that the former governor of the Ivanovo region, Mikhail Men, was released.

Indeed, on May 17, the Tverskoy Court of the city of Moscow, where, at the request of the prosecutor's office, the case from Ivanovo was transferred, terminated the criminal case of Mikhail Men, an auditor of the Accounts Chamber, who once held the post of governor of the Ivanovo region. Well, plus, as very evil tongues say - a close friend of the former president and prime minister Dmitry Medvedev. 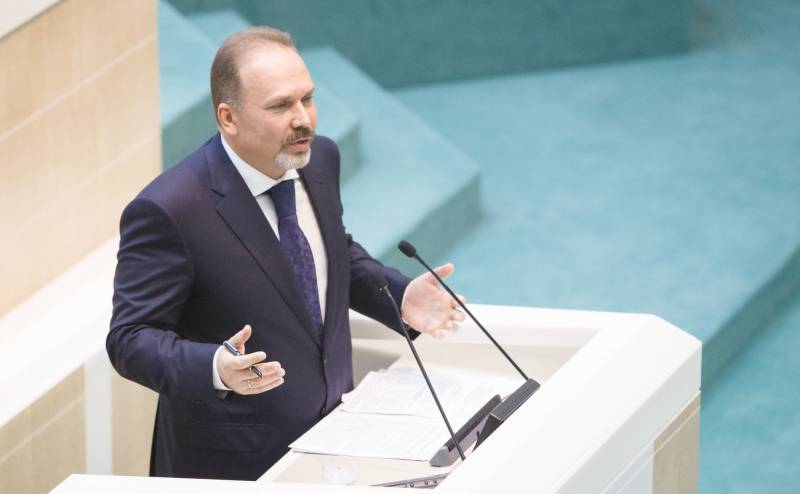 Okay, just note - "justice has been done." Lawyer Murad Musayev will inform the press that the criminal case was closed due to the statute of limitations.

And here just great questions begin somewhere, up there.

Mikhail Menu was charged with a crime in accordance with article 160, part 4 of the Criminal Code of the Russian Federation. In 2011, Men and his accomplices (the former First Deputy Prime Minister of the Ivanovo Region Pavel Konkov and the director of JSC "Ivanovsky Broiler" Dmitry Grishin) stole about 700 million rubles from the budget of the Ivanovo Region.

In 2011, Men, acting with the aforementioned persons, by prior conspiracy, being the governor, organized a criminal group to steal budget funds allocated as a loan from the Ministry of Finance to support the Ivanovo region.

On the direct instructions of Me, the Ivanovo Regional Duma adopted a number of normative legal acts, seemingly in support of the regional economy. On the basis of these acts, JSC "Ivanovsky Broiler" received 700 million rubles in loans. The Investigative Committee of the Russian Federation believes that this money was stolen literally the next day and taken out by the criminal group Me.

In November 2020, Me and my accomplices were detained. On November 19, the court left him virtually at large under the prohibition of certain actions: he was forbidden to communicate with certain people, use the Internet and communications, and was allowed to leave the house only for two hours a day. And on April 20, he was transferred altogether on recognizance not to leave.

Well, in the end, everyone was released due to the end of the statute of limitations.

But история with 700 million rubles stolen, this does not end there. Some media outlets happily stated that the damage done by Men and his accomplices is not damage at all, because it will be compensated.

Think Menem? Yes of course. Men still pretend not to understand what happened. And he does not consider himself guilty one iota.

710 million of the debt of "Ivanovsky Broiler" to the funds will be repaid by a certain group "Prodo". On whose accounts part of the funds received by the factory went.

And what is the Prodo group? And this is a large food holding controlled by the investment company Millhouse Capital, owned by ... Roman Abramovich!

What happens in the end? Ivanovsky Broiler takes out a loan. Money scatters offshore, the factory is declared bankrupt. Here good managers of Prodo appear and simply buy out the Ivanovskiy Broiler factory for the money that they had previously helped to steal.

We can congratulate the Prodo group on the fact that almost free of charge it received the factory, which was brought to bankruptcy by its own actions, at its disposal.

Handsomely? Handsomely. And most importantly - everything is according to the law!

The press service of the region happily gives interviews that 710 million rubles will go to the budget for "socially significant projects", the managers of "Prodo" are happily silent, taking another enterprise in their hands for free, Men is also happily silent, coming out dry with Grishin and Konkov.

I have a question: in one of the interviews, representatives of the Investigative Committee happily said that "they have concrete proof of the guilt of Me and his accomplices." But whether the concrete was bought in the wrong place, or the iron turned out to be Chinese, it's hard to say. But for some reason, hands did not reach, or something else prevented the investigation of the case of the theft of 700 million rubles.

In general, while the UK was rummaging through the "reinforced concrete" evidence, time has passed. 10 years have passed and Men, Konkov and Grishin were released from criminal liability for what they had done.

Truly, not condemned - not a thief.

For comparison: on May 19, the verdict was announced to Nikolai Platoshkin. A well-known Soviet and Russian diplomat, historian and political scientist, socialist public and political figure. 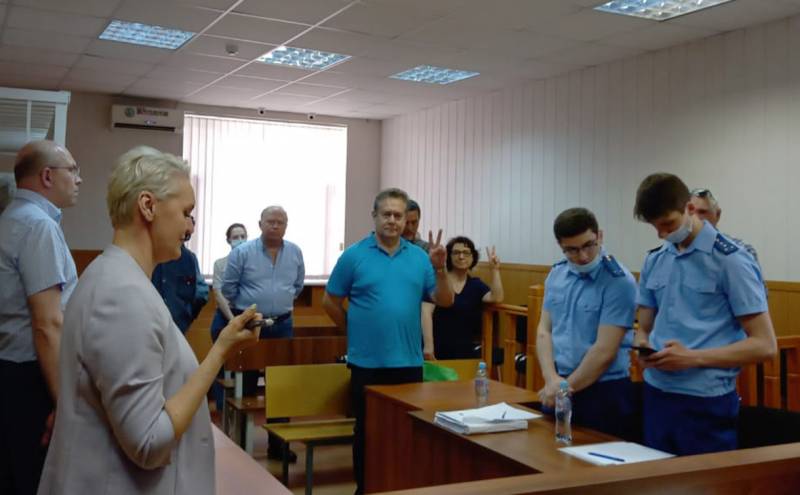 Nikolai Platoshkin (Photo: press service of the Gagarin Court of Moscow)
According to the Investigative Committee of the Russian Federation, Platoshkin deliberately persuaded citizens to violate epidemiological restrictions in order to create riots. According to the prosecution, he distributed video and audio materials on social networks that contained false information "about the political and economic situation in the country and the ineffectiveness of the actions of the authorities and local governments to support the economy and fight the coronavirus infection."

Platoshkin, who did not admit his guilt, was sentenced to 5 years of suspended imprisonment and a fine of 700 rubles.

What Platoshkin published on the Internet, today, quite expectedly, has been deleted. Therefore, today it is difficult to take and once again comprehend what Platoshkin called for. However, there are many opinions on this topic. Many experts and analysts studied his speeches and found nothing of the kind in them.

By the way, the first examination came to the conclusion that there were no extremist appeals in the video materials. However, the politician was detained and a second, more understandable, examination was appointed. She, naturally, found everything that was required by the investigation.

I applaud the prosecutor. The requirement for six years in prison and half a million in fine for words is great! If Navalny was judged in this way for his films and videos, they would have counted three life sentences. But that's Navalny.

There is an obvious overkill. Abroad, where, according to our state mass media, complete censorship and lawlessness, they are imprisoned, forgive me, for deeds. And in Europe, and in America, and in Asia. For deeds, not words.

Why, I would like to ask why all those supporters of Navalny, who called for unauthorized rallies, did not receive the deadline? Why was Platoshkin tried, who called for the participation of the Communist Party of the Russian Federation on lawful rallies?

Because Nikolai Platoshkin is an intelligent person. Not like Navalnovsky, broadcasting according to manuals written quite far away. Platoshkin himself will write a manual for anyone.

An intelligent person in opposition is dangerous. Moreover, an intelligent socialist. Left. And it is customary for us not to stand on ceremony with the left. For them, Europe and the United States will not declare sanctions, they are in many ways smart and understanding guys, so they are imprisoned. Therefore, Platoshkin had to be urgently removed from the political arena.

700 thousand is a pretty strong move. And five years probation. All this reliably removes Platoshkin from political life, and perhaps will not give him the opportunity to continue teaching.

It’s interesting for us, in such a great Russia, right? He stole millions - the main thing is to make a smart face and stretch out the time. Enlisting the support of someone in the upper echelons. Well, or "fitting" a good piece to the powerful of this world like Abramovich. They will not leave in zeal ...

But if you decided to criticize the authorities - yes, this is a crime. Especially if you criticize wisely, and not according to a stupid script written overseas. The dumb script gets smashed to smithereens by everyone very well. Clever ... Clever is more difficult.

Nikolai Platoshkin did not make any real calls for radical action. Everything that was arranged with him is just a message for everyone who does not agree with the authorities. If you don't like it, it will be like this. Information for thought, so to speak.

Nikolai Platoshkin may have spoken too harshly about the problems in the country. Yes, my personal opinion is that he was very "carried away" at times. But it was reasoned and clever. So what happened to him is a signal for everyone whose opinion is at least slightly, but at odds with the official point of view of the state regarding the position in the world, and in the socio-economic sphere, and in culture.

Double standards - alas, we take far from the best from the West. Therefore, one received at least a suspended, but not a conditional fine, it is not entirely clear for what, the second will enjoy freedom and prospects, despite the stolen 700 million.

This is how interesting it is in Russia today.

Ctrl Enter
Noticed oshЫbku Highlight text and press. Ctrl + Enter
We are
About Stalin and KhrushchevWhat you didn't want to know about England
Military Reviewin Yandex News
Military Reviewin Google News
271 comment
Information
Dear reader, to leave comments on the publication, you must sign in.