15 May 2021
130
Well, I don't even know when these two stunned guys will do something decently! Not poisoned, not shot, unexploded people and warehouses all over Europe, this Navalny ... Alive and almost healthy ...


And here's another failure of Petrov and Va ... Well, yes, Boshirov. Although, indeed, Vasechkin and Petrov worked cooler and more efficiently in their time.

Well, you understand what this is about, right? 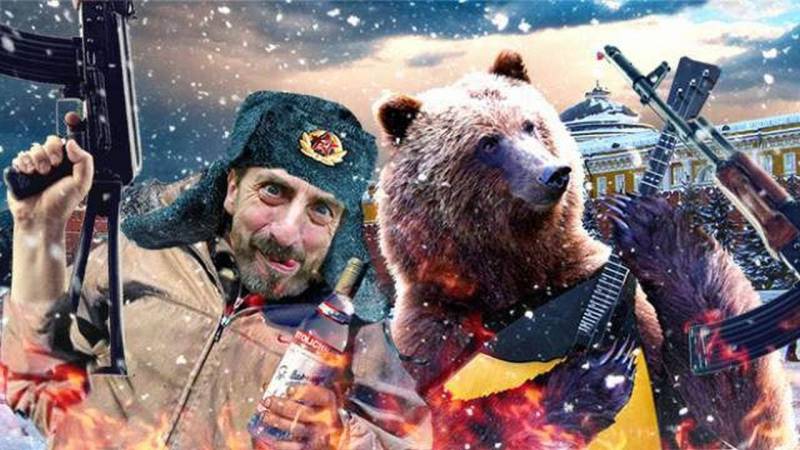 For several days in a row, the attention of certain media was riveted on the Omsk Minister of Health Murakhovsky, who disappeared in the Omsk forests.

By chance and his own perseverance, Murakhovsky came out of the forest. Himself. And that's great. The fact that he found himself, testifies to a sufficient share of perseverance, and, as they say, such energy for good goals.

In general - we congratulate the minister, God grant him health and work to save lives with the same perseverance as he saved his. Well done.

Now let's talk a little about something else. About what was happening in some media. And there was a rampant of such suspicion and strange conclusions that it was just right for colleagues from REN-TV to cuddle up to the screens of monitors and read, gaining experience. 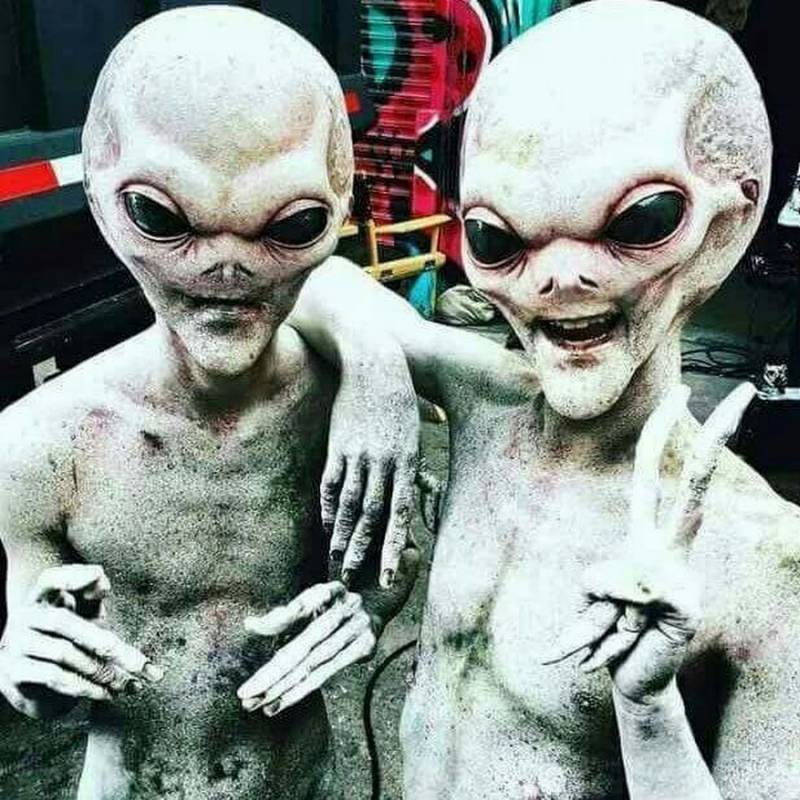 What happened anyway? Well, a doctor went hunting. At some point I decided to go around the swamp, and then it turned out that he was not a hunter so-so. The ATV plunged into another swamp, there is usually no connection in the taiga, so Murakhovsky went where, in his opinion, it is. Yes, instead of 6,5 km I walked 45, but in the end I came out to the people.

Private in general история... If not for one nuance: Murakhovsky worked in the same ill-fated Omsk BSMP-1, where the slightly green Navalny was brought.

This is where it all started ...

Gentlemen, employees of "Dozhd", "Echo", "Meduza", "Versiy", "Svoboda" and other publications rushed to dig. And they dug so that they could easily get to the bottom of the Inca gold. On the other side, through the center of the Earth.

And the conclusions were about the same.

Murakhovsky's wife does not comment and is in a very nervous state. This is suspicious.

Anesthesiologist Maksimishin, who took part in Navalny's resuscitation, suddenly died of a heart attack. In February. This was considered a very suspicious death.

And in March, another doctor of BSMP-1, Rustam Agishev, died. He headed the department of traumatology and orthopedics, had nothing to do with Navalny from the word "absolutely" and all coincidences and suspicions were based on the fact that Agishev worked in this ill-fated hospital.

But a very suspicious death. The headlines that covered the publications were from the region “The second death of a doctor in the Omsk hospital”, “The ex-head doctor of the hospital where Navalny was lying disappeared in Omsk, two doctors of this hospital had died earlier. What's happening?" etc.

Boshirov and Petrova could not find a week. And this is perhaps the most suspicious thing about this case. Apparently, our brave couple stuck out in the woods near Omsk, feeding bears and waiting for Murakhovsky.

Everything is so suspicious, right? 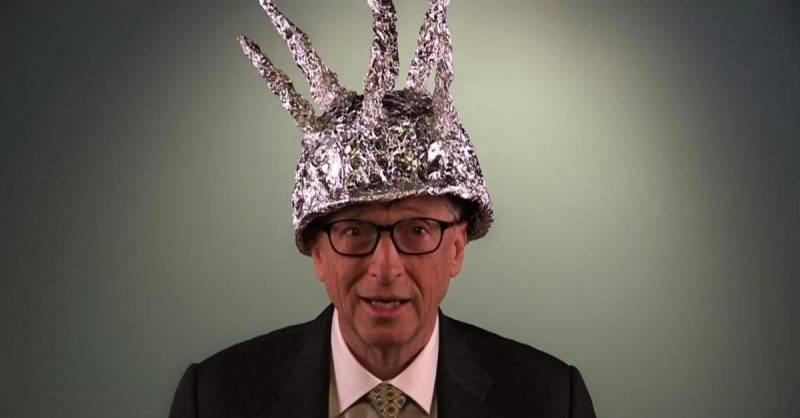 And now Murakhovsky disappears into a dense forest. And the flight of fantasies begins in full. Despite the fact that people saw him leave, people were aware that he had planted an ATV somewhere in a swamp and would continue on foot.

And the versions, assumptions, attempts to link the work of Murakhovsky to the chief physician of BSMP-1 began, when Navalny was being treated there. In general, everything looked quite delusional, up to the statements that "the doctors knew too much." And that death was not ordinary. And Murakhovsky got lost in the forest for a reason.

The standard set, however. In addition to the absence of BP in the workplace.

And when Alexander Grigorievich independently went out to people, for some reason those who yesterday so intensely exaggerated guesses around his sudden disappearance were not at all happy about this fact.

It would seem that a man came out, everything is fine. No, it's not good. But what about the version? Guesses? Intrigue? Accusations of the authorities?

No, the group of thugs, which from ambush shot through the tire of the ATV, and then fed Murakhovsky to the bears, did not come to that. Obviously, they did not have time. Another couple of days, and something like that would have been given out on the mountain. Witnesses would see an unmarked helicopter, or a couple of very suspiciously familiar people in camouflage ...

In short, something would have come up.

The main thing here is to properly merge and link with the desire of the authorities to silence doctors who knew something like that.

Indeed, in general, by and large, today no one cares about Navalny. No matter how he gets out in the colony, he is really of no interest to anyone. And the most that could attract a little attention is these scandalous materials.

And here is such a bummer.

Murakhovsky simply (and quite reasonably) decided to bypass the peat bog, along which the main group rode on a swamp vehicle. True, this did not save him and the ATV, but everything else worked out pretty well.

It should be bad only for those who based their accusatory materials on this case. True, it was not at all clear who should be blamed. But what our opposition media have heaped up is enough to think hard for those who blindly believe "those who write the truth."

And yet, do not rush to bury us. Anything happens in this life. Of course, today many regret that Murakhovsky spoiled their materials, but why was there such a hurry? 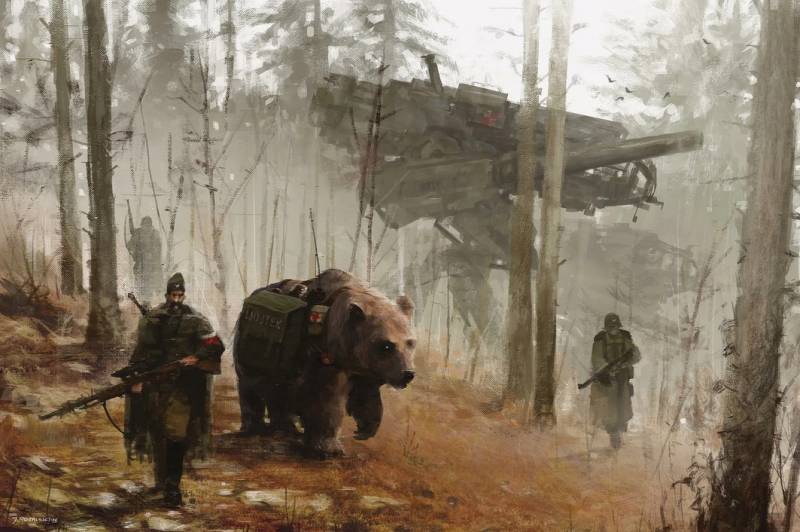 Therefore, as a result, I would like to voice the following questions:

1. Isn't it time comrades Boshirov and Petrov to be disciplined and reprimanded with a warning about incomplete official compliance? Something too they have a lot of punctures in their work.

2. Who taught topography to bears? Why did the troika stagger in a circle within a radius of a kilometer from Murakhovsky's ATV, unable to identify itself on the map?

3. Bears also need a reprimand. It is clear that there was nothing in the square with communication, but who allowed to leave the search square without a corresponding order? What liberties?

4. There was no connection ... Probably, it is necessary to declare gratitude to the boars from the 39th separate radio engineering brigade of special purpose. To discourage the bears.

But in general, we must admit that even in this situation, everything turned out pretty well. At least, what many media have plunged into can be a lesson for others who want to moan loudly with and without reason.

Although, most likely, it is unlikely. That's the way they do it. Shower and fight again. But there is nothing to be done about it, we live in such times.

Ctrl Enter
Noticed oshЫbku Highlight text and press. Ctrl + Enter
We are
Commentary on A. Petrov's interview “Fire and Tactics in the Russian Army: Another Look”What you didn't want to know about England
Military Reviewin Yandex News
Military Reviewin Google News
130 comments
Information
Dear reader, to leave comments on the publication, you must sign in.