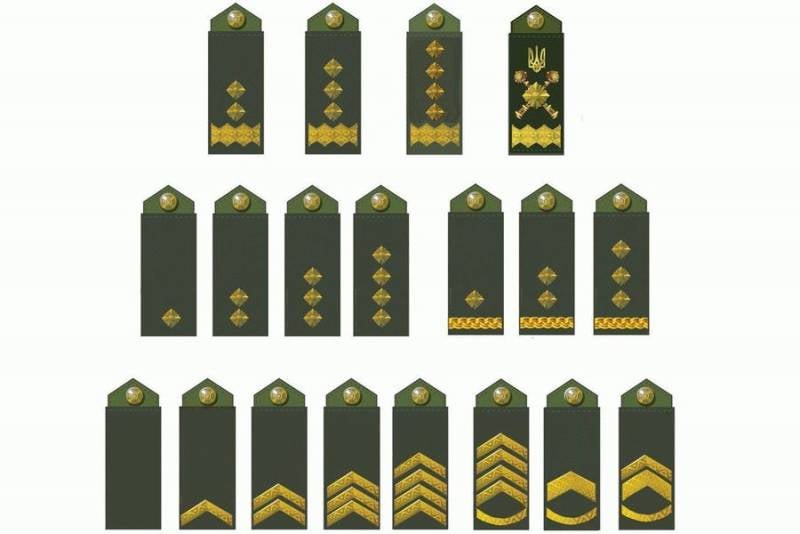 Earlier in Kiev, they announced that they were leaving the Soviet rank system, replacing it with NATO standards. The existing ranks of Army General and Colonel General have already been canceled. Instead of colonel-general, the rank of "general" is introduced, which also becomes the highest military rank in the Armed Forces of Ukraine. Also introduced are the military ranks of brigadier general and commander-admiral, which were not previously in the armed forces of Ukraine.

Also, the appeal "pan" or "pani" is introduced when addressing the Minister of Defense of Ukraine and his deputies, who are civilians. When applying, a soldier must pronounce the word "pan" (pani), and then add their position.
Ctrl Enter
Noticed oshЫbku Highlight text and press. Ctrl + Enter
We are
December 2010 years. Russian March. Senseless and merciless? Notes not a Russian personReports from the militia of New Russia for 10 September 2014 of the year
Military Reviewin Yandex News
Military Reviewin Google News
71 comment
Ad