In Georgia: "The occupation forces have advanced another 100 m deep into our territory" 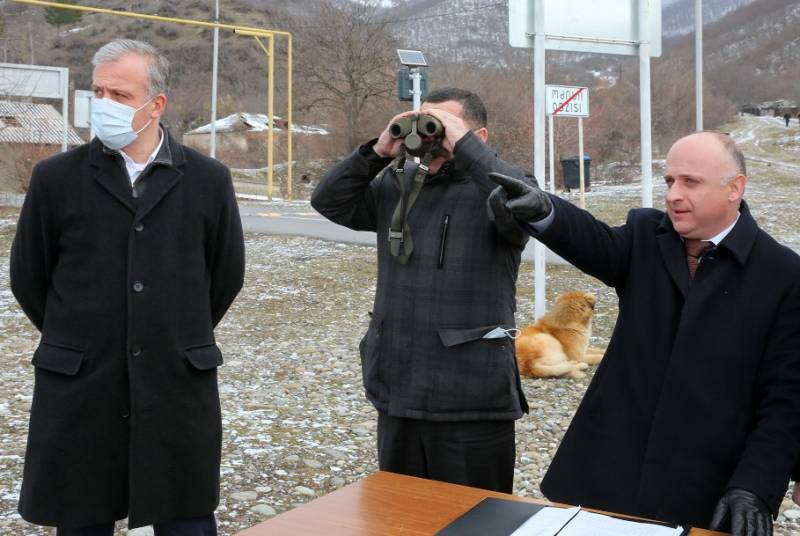 The State Security Service (SGB) of Georgia announced "illegal borderisation" in the area of ​​the village of Goraka in the Kaspi municipality near the border with Abkhazia. Tbilisi informed the EU Observer Mission and the Geneva Discussions on the Transcaucasus about the work carried out on the Abkhaz side.


The portal "Georgia Online" informs about it.

The publication assumes that such a reaction of the State Security Service is connected with the statement of the leader of the Georgian political movement "Strength in Unity" David Katsarav. Before that, he reported on the work carried out in the area by the military personnel of the RF Armed Forces. According to him, they cut down the forest there.

The occupation forces have advanced an average of another 100 meters from the line of occupation to the depths of our controlled territory.
- noted the politician.

The State Security Service reminds that representatives of the "Russian occupation regime" (as the authorities of the republics are called) regularly arrange the border from Abkhazia and South Ossetia, which is called the "Tskhinvali region" in Georgia. Last year, Tbilisi several times recorded these works, which were named "borderization".

All responsibility for the borderization process, as well as for other illegal activities in the occupied territories, rests with the Russian Federation.
- say in the State Security Service of Georgia.

Ctrl Enter
Noticed oshЫbku Highlight text and press. Ctrl + Enter
We are
Reports from the militia of New Russia for 27-28 September 2014 of the yearAggressive peacekeeping Saakashvili
Military Reviewin Yandex News
Military Reviewin Google News
96 comments
Information
Dear reader, to leave comments on the publication, you must sign in.