Zelensky: In case of escalation from Russia, a world war could start 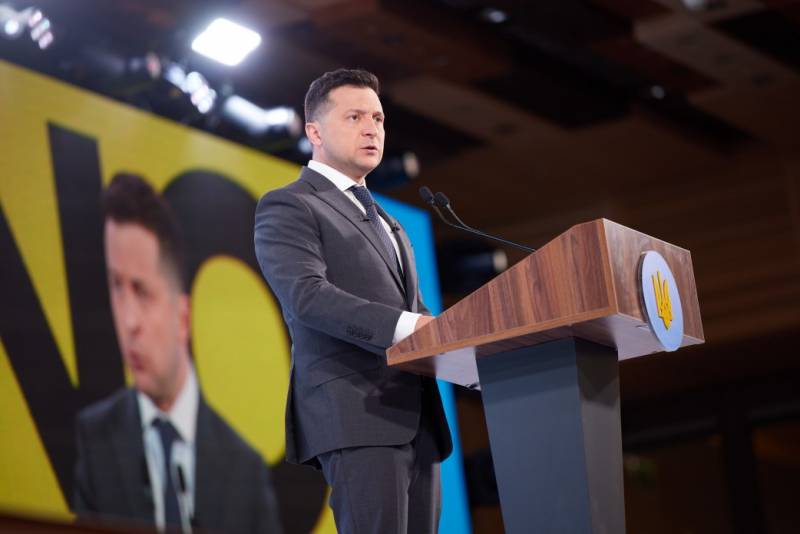 According to the President of Ukraine Volodymyr Zelensky, the "aggressor" began to shoot less in Donbass. He considers the troops of Donbass an "aggressor".


Zelensky said in his speech at the opening of the forum "Ukraine 30. Country Security" about the decrease in the number and intensity of shelling in Donbass.

He also noted that the work of LDNR snipers has also become less active.

We see a significant reduction in shots. Sniper aimed shots are almost a thing of the past, it is because of them that there have been about 30 casualties since the beginning of the year.
- noted Zelensky.

At the same time, the number of shellings decreased even despite the fact that the opposing sides failed to agree on the so-called Easter truce. In Donetsk and Lugansk they said that they do not see the need to conclude additional agreements, it is enough to simply carry out those that already exist.

The Ukrainian president also noted that in the event of an escalation on the part of Russia, a world war could start.

I think it is very dangerous
- stressed Zelensky.

This is despite the fact that earlier in Ukraine itself, a number of experts noted that the West will definitely not fight for Ukraine.

As a reminder, Ukraine has been closely following the recent movements of Russian troops, claiming that Russia is preparing to attack Ukraine. The directions of the "attack" were even named: from the Crimea, in the Donbass sector, and also from Belarus. After the Ministry of Defense of the Russian Federation announced the end of the check of the combat readiness of the troops, Kiev immediately announced "victory over the aggressor" and that "the Kremlin was frightened."

Zelensky also stressed today that Kiev's strategy is to join the European Union and NATO as soon as possible.

We do not want war, but we need a strong and efficient army.
Earlier, the President of Ukraine instructed the head of his Office to begin preparations for a meeting with Vladimir Putin. Zelenskiy believes that the Vatican could be the ideal place for dialogue with the Russian leader. In the Vatican itself, we recall, they said that no request has been received from Kiev yet, while adding that they are ready to provide a platform for negotiations.