Chronicles of the stream: April theses of "Fortune" and "Academician Chersky" 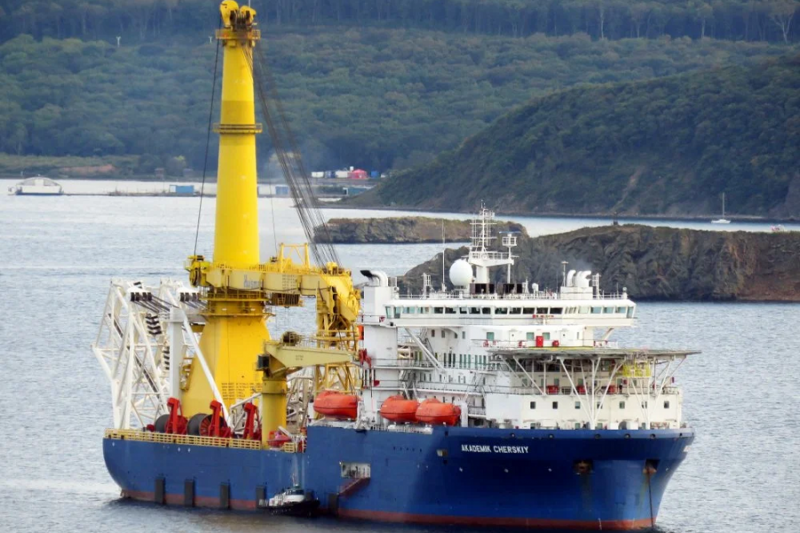 April 2021 of The month began with a positive news for builders. After the Federal Maritime and Hydrographic Agency - BSH confirmed the results of its previous expertise, the German regulator dismissed environmentalists' objections to the construction of Nord Stream 2.

BSH examination data showed that the laying of pipes on the Baltic seabed in German waters in Germany does not threaten marine life. BSH has confirmed that environmental inspections and environmental impact assessments under the environmental law have been carried out in full compliance with the strictest green regulations.

As it is known, ecologists are particularly concerned about the possible consequences for the bird sanctuary in the Pomorskiy Gulf - Pommersche Bucht-Rönnebank. Also of concern was the potential harm to the marine ecosystem during pipe-laying by an anchored vessel until the end of May.

The information published by BSH indicates that the site for future construction will only affect the periphery of the reserve, which is not of great importance for restless bird species. At the same time, the agency recalled that the gas pipeline is being built near an area with intensive shipping, where the appearance of restless birds is rare. 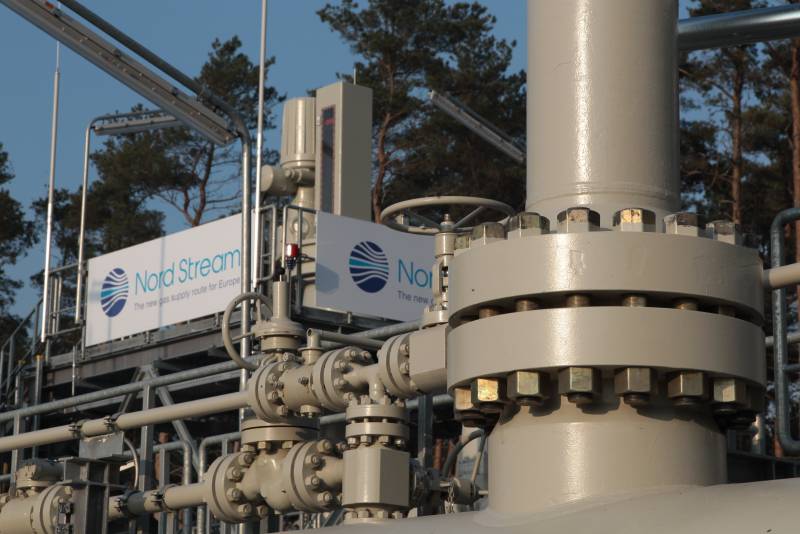 Source: gazprom.com
April 1-4. The OPEC Monitoring Committee proposed to move to a gradual recovery in oil production. By July 2021, up to 2 million barrels per day of oil may return to the market, production of which was planned to be restored in January.

The extremely negative pandemic situation in India and Japan was not taken into account. Saudi Arabia also plans to restore production of 2021 million barrels per day of oil by July 1, which it voluntarily stopped in addition to the OPEC + agreement.

The market reaction was positive, as the decisions of OPEC and the Saudi sheikhs were considered a sign of market stabilization.

The oil market reacted equally positively to the unblocking of the Suez Canal. Soon after they managed to float the container ship Ever Given, the jams from the ships cleared up, although the financial losses would amount to at least $ 1 billion.

End of March - first half of April 2021 Polish ships and planes staged a series of provocations in the Nord Stream 2 construction zone. There was a real threat of damage to the anchor positioning system of the Fortuna pipe-laying barge and the gas pipeline itself. 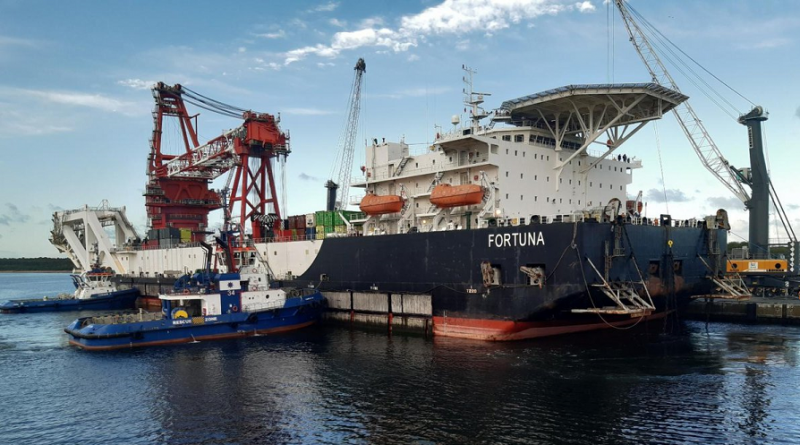 28 March 2021 city An unidentified submarine surfaced to the surface in the Fortuna security zone, less than 1 mile from the pipe-laying zone.

29 March 2021 city dangerous maneuvers around Fortuna were carried out by the Polish Navy ship with tactical number 823. The support ship Rescuer Karev had to follow a parallel course with the Polish ship to protect Fortuna.
At the same time, the number of flights of foreign aircraft, including the Polish anti-submarine PZL-Mielec М-28В1 Rbi, at a low altitude above the Russian pipe-laying aircraft fleet... Russian searchlights repeatedly spotted fishing vessels changing course without radio contact.

1 April 2021 city It has been officially announced that the construction of the Nord Stream 2 gas pipeline is 95% complete.

2 April French Secretary of State C. Bon told the media that France has concerns about the Nord Stream 2 construction project. According to the diplomat, French President Emmanuel Macron “a year ago announced his caution regarding the Nord Stream 2 project, as it creates dependence on Russia.

The official also admitted that France and Germany initially have different positions on the gas pipeline, but the countries are holding discussions to bring them closer together. It is noteworthy that more 25 March 2021 year French MEP Matilda Androuet (Identity and Democracy faction) called on the European Commission to oppose US sanctions on Nord Stream 2, thereby protecting the economic interests of the European Union.

4 April the laying of pipes at the bottom of the Baltic Sea was again suspended due to the storm. The crane-assembly pipe-laying vessel (KMTUS) "Akademik Chersky", without starting work, went 30 km north of the point of resumption of the construction of the first string of the gas pipeline.

TUB Fortuna suspended work and waited for the weather to improve in order to continue construction of the second line in the Danish EEZ.

April 5-11. By the end of the week, oil prices fell by three percent. This was a belated but full-scale reaction to the decisions of OPEC + and Saudi Arabia to restore oil production.

The negative trend was not prevented by the positive EIA forecast of more active growth in oil demand, as well as the expectations of the IMF and new incidents in the Suez Canal.

At a critical milestone

Photo: Eric Haynes
14 April 2021 city US President Joseph Biden, after the introduction of the toughest sanctions against the Russian authorities since 2018, said that the American authorities are still thinking about new sanctions on the Nord Stream 2 gas pipeline, but they consider this issue to be difficult.

According to the American president, the difficult issue of Nord Stream 2 affects our allies in Europe. He recalled that “he opposed Nord Stream 2 from the very beginning, but this issue is still“ in play ”.

16 April. TUB Fortuna has almost completed preparations for laying one of the most difficult sections of the second string in the Exclusive Economic Zone (EEZ) of Denmark at the intersection with the existing Nord Stream gas pipeline.

At the same time, KMTUS "Akademik Chersky" has reached the point from which it has to start completing the first string. This position is indicated as the "starting point" in the Danish Maritime Agency (DMA) notification to mariners about the construction of Nord Stream 2.

Specialized network resources reported that during the previous week and a half, Fortuna TUB was confidently and practically without pauses along the route of the second line. The work was suspended only 15 April due to another storm.

It was also reported that if the weather is favorable, "Fortuna" will reach the point of intersection of the two "Nord Streams". The crossing (see map) became necessary as Denmark did not approve the original Nord Stream 2 route, which runs north of Nord Stream through Danish waters, but an alternative route to the EEZ, south of the Nord Stream route. 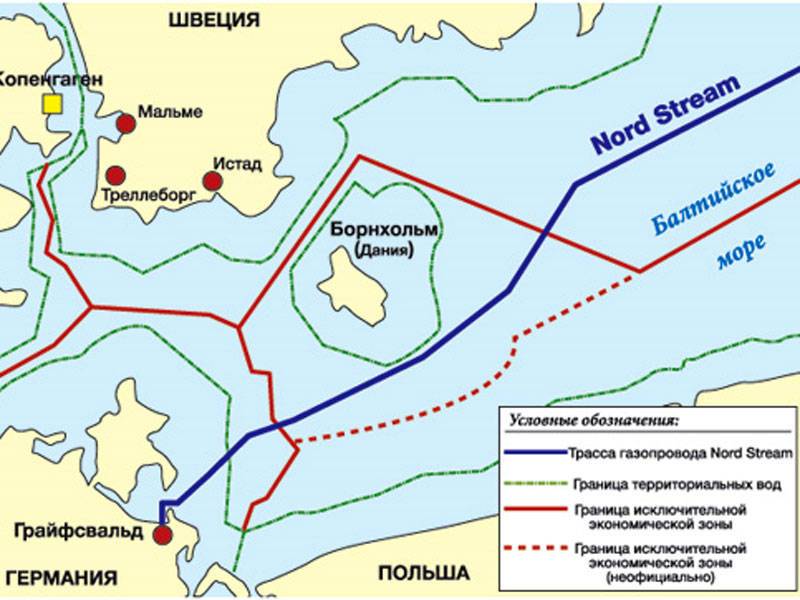 27 April. The ministers of the OPEC + countries confirmed the earlier decision on a gradual increase in production in order to reach the parameters of the agreement on quotas, planned for January, by the end of July.

27 April. KMTUS "Akademik Chersky" has again started construction of the main gas pipeline "Nord Stream-2". Nevertheless, experts warn that it is too early to expect the acceleration of work - TUB "Fortuna" has not yet started construction of one of the most technically complex offshore sections at the intersection with the existing international gas pipeline "Nord Stream".

The fleet for completing the construction of Nord Stream 2 in seven days has significantly increased due to three vessels at once - the multifunctional rescue vessel Bakhtemir, the tugboat Kapitan Beklemishev and the support vessel Sivuch.

Here is what the head of the Marine Rescue Service A. Khaustov said in April:

“Our tasks are multi-vector: from the protection of the pipeline laying area to work with remotely controlled unmanned underwater vehicles (ROV).
These powerful 80-meter support vessels will indeed be able to protect pipe-laying vessels from provocations of the Polish Navy. "
29 April 2021 city A detachment of ships of the Baltic Fleet returned from a long voyage to the port of Baltiysk at the entrance to the Kaliningrad Bay. 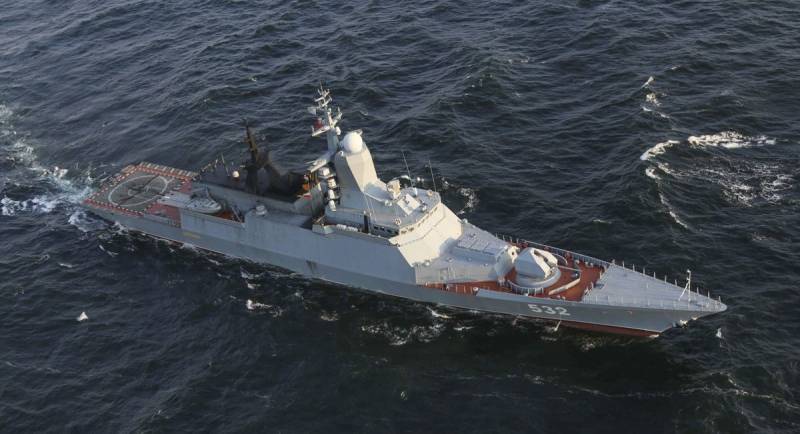 Source: mil.ru
For more than five months a detachment of ships of the Baltic Fleet, including the Stoyky corvette (pictured), the Kola tanker, the Yakov Grebelsky tugboat and the PM-82 floating workshop, was on a long voyage.

During the cruise, the Stoyky corvette and the Kola tanker visited the Indian Ocean, where they took part in international maneuvers. "Steady" took part in anti-aircraft and anti-submarine defense maneuvers, as well as in anti-piracy exercises.

In the Gulf of Suez, the dry-cargo ship Ark Royal flying the flag of Barbados made a bulk on the Kola, but there were no serious consequences, although due to the grounded container ship Ever Given, the detachment was unable to continue its journey.

When entering Sudan 28 April Al Arabiya TV reported that the Sudanese authorities have frozen the 25-year agreement with Russia on the establishment of a naval base in the country. The message had to be denied by the Russian Embassy in Sudan.

The ships of the Baltic Fleet of the Russian Navy also scared away Polish fishing vessels south of Fr. Bornholm and made the Royal Danish Navy tense up. This did not affect the status of construction work on the Nord Stream-2 MGP.

In the Baltic Sea, where a detachment of Russian ships entered 27 April, the Russian squad was expected to meet with NATO ships - the corvette of the FRG Navy F 260 "Braunschweig" and the Danish patrol ship "Najaden" (P523).

К early May 2021 TUB Fortuna returned to construction of Nord Stream 2 in the Danish EEZ south of Bornholm Island. KMTUS "Akademik Chersky" continued construction of its own gas pipeline.