Armenia launches "countdown" for the current government headed by Pashinyan 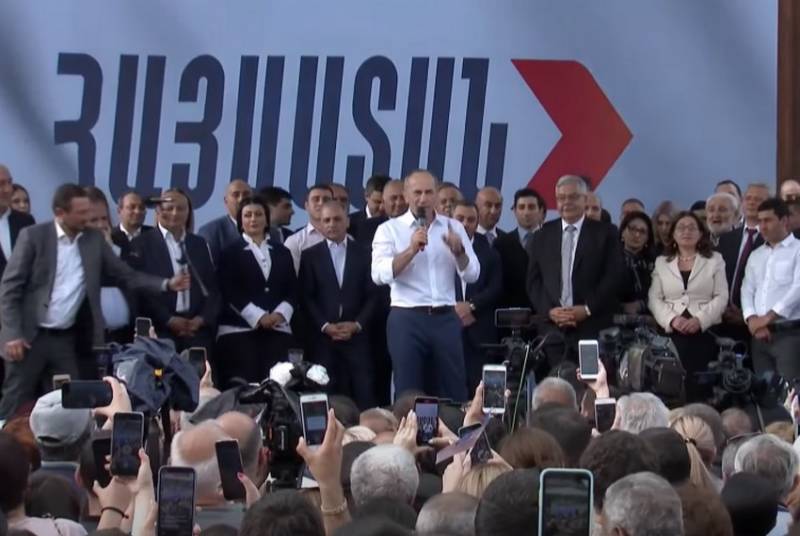 A "countdown" has been launched in Armenia for the current government headed by the acting government. Prime Minister Nikol Pashinyan. This was stated by the former president of this country Robert Kocharian.


The ex-president of Armenia, speaking on May 9 in front of the supporters of the "Armenia" bloc, said that in 2018 a party led by Pashinyan came to power, which does not know how to govern the country. Kocharian announced a countdown for Pashinyan, stressing that he has 42 days to rule, referring to the upcoming parliamentary elections, which the current opposition intends to win and take key positions in the government.

However, not everything is so simple, Pashinyan's positions are quite strong and his "Civil Contract" party, although it will go to the upcoming parliamentary elections without any coalitions, has every chance of gaining a majority, and in this case, acting the prime minister will get rid of the prefix and take his seat again.

Among the opposition that opposes Pashinyan, the parties of former presidents Robert Kocharian and Serzh Sargsyan may compete with his party members, the positions of other parties are rather weak or they will not nominate their candidates for the prime minister's chair.

Meanwhile, today the Armenian parliament will have to reject the proposed candidacy for the post of prime minister for the second time, after which the date of new parliamentary elections will be set. According to the Constitution of the republic, the parliament must reject candidates for the post of prime minister twice, after which the parliament is dissolved and elections are called. So far, Pashinyan is acting as prime minister.
Ctrl Enter
Noticed oshЫbku Highlight text and press. Ctrl + Enter
We are
December 2010 years. Russian March. Senseless and merciless? Notes not a Russian personReports from the militia of New Russia for 27-28 September 2014 of the year
Military Reviewin Yandex News
Military Reviewin Google News
27 comments
Ad