SNF storage facilities are being built in Ukraine: won't the country turn into a "European nuclear dump"? 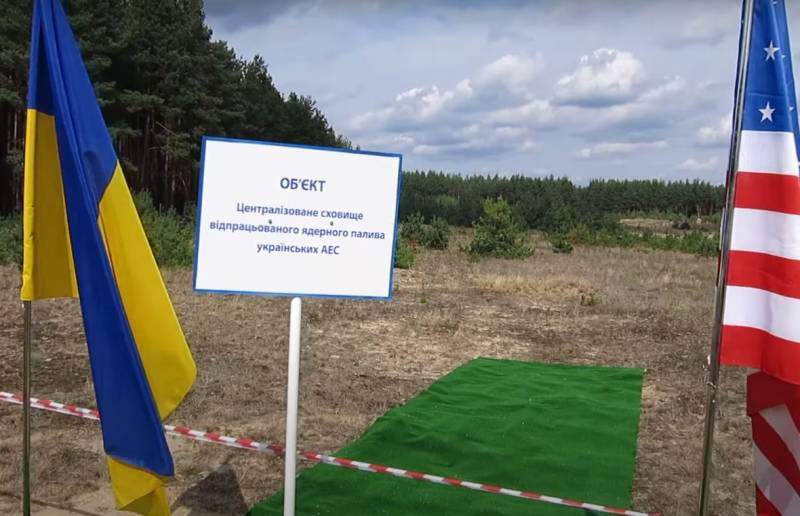 April 26, 2021 marks the 35th anniversary of the terrible accident at the Chernobyl nuclear power plant. First of all, the territory of Ukraine, then the Ukrainian SSR, suffered from this catastrophe. Ironically, on this very day, President of Ukraine Volodymyr Zelenskyy arrived at the Chernobyl nuclear power plant to present a license to open and launch a dry storage facility for spent nuclear fuel (ISF-2).


In fact, ISF-2 tests were successfully completed back in December 2020, after which 186 spent fuel assemblies were placed for storage for a period of 100 years. That is, the opening of the storage facility in April 2021 was purely formal. Vladimir Zelensky and his entourage did not find anything better than to time the opening of the storage facility to the anniversary of the Chernobyl accident.

Zelensky announced the opening of a spent nuclear fuel storage facility. And he made a very ambitious statement that the ChNPP exclusion zone should be turned into a territory of revival. Well, let him try.

HOYAT-2 was built for 20 years

What is the object opened by the Ukrainian president? ISF-2 is intended for storage of spent nuclear fuel from the first three power units of the Chernobyl NPP. The first Storage Facility for Spent Nuclear Fuel (ISF-1) was built back in Soviet times, in 1986. ISF-2 plans to store 21 thousand fuel assemblies and more than 23 thousand extension rods for secular storage, as well as about 2 thousand spent additional absorbers. 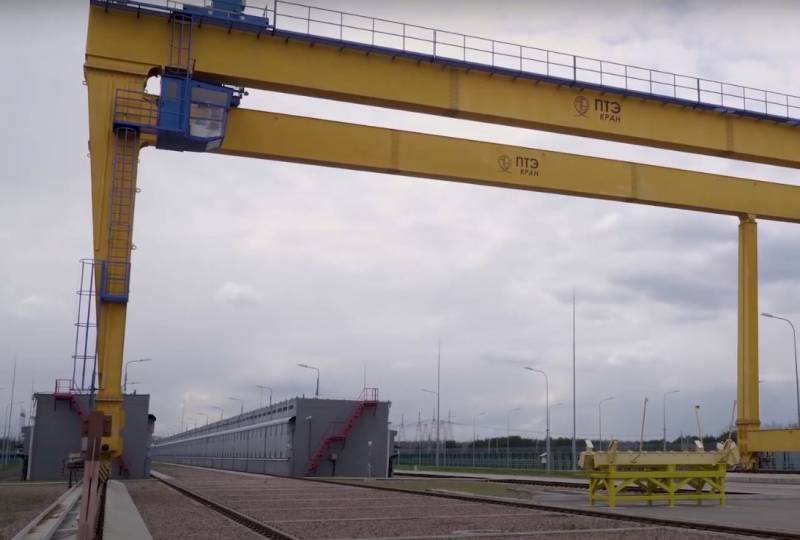 Ukraine thought about the construction of ISF-2 long before the Maidan, in 2001. It is clear that Kiev would not have enough own funds for the construction of such an object, therefore the construction was financed by the European Bank for Reconstruction and Development. 28 countries participated in the program, including the Russian Federation. That is, the object was built with the money of the European Union and the same Russia, and if anyone should be thanked for its construction, it is clearly not Zelensky, who in those years was just starting his career in show business and did not think about any global political or economic problems.

True, the construction of ISF-2 itself was slow and problematic. At first, the French company Framatome was engaged in it, which made very serious and dangerous mistakes. For example, the French “forgot” about the “drying” of ISF-1 assemblies. The builders made cracks in the concrete building of the storage facility. Finally, in 2007, a new contractor, the American company Holteс International, was engaged in the construction of ISF-2. Construction work continued for almost fourteen years before the head of the Ukrainian state was able to open this facility in a solemn atmosphere.

By the way, in 2020 it was also announced the opening of another similar facility - the first launch complex of the Centralized Spent Nuclear Fuel Storage Facility (CSFSF). The announcement of the opening of the CSFSF was followed by a loud statement about the termination of the export of spent nuclear fuel to Russia. Independence, of course, is above all, but so far the CSFSF is not fully completed and it also does not have a developed logistics infrastructure, so it is not very clear how Ukraine will organize the removal of radioactive waste to this facility.

Currently, most of the spent nuclear fuel from VVER-1000 units is temporarily located in Russia. At the same time, the terms on which the Ukrainian government negotiated with the Russian one had long expired, but until the CSFSF was built, Kiev was forced to regularly extend the terms and pay about $ 200 million a year for the provision of such a service. Now in Kiev they expect to free themselves from such a burden, but are the plans of the Ukrainian leadership really destined to come true, especially in the foreseeable future?

So, at present, Ukraine has already refused to export its spent nuclear fuel to Russia. But at the same time, the CSFSF in Ukraine has not yet been launched. Its construction will cost no less than the construction of ISF-2 at the time. We will also have to lay a railway line to the CSFSF, since the only branch of the railroad along which it was possible to deliver fuel was destroyed and taken out for scrap.

If we assess the costs of Ukraine for the construction of CSFSF, then in the near future they will be much higher than the country paid Russia for storing spent nuclear fuel. Experts say that according to the most optimistic forecasts, the CSFSF will pay for itself in more than 20 years. The total cost of building a CSFSF is estimated at $ 1,5 billion, which, firstly, is a lot for such facilities even by world standards, and secondly, an almost unaffordable amount for today's meager Ukrainian budget. 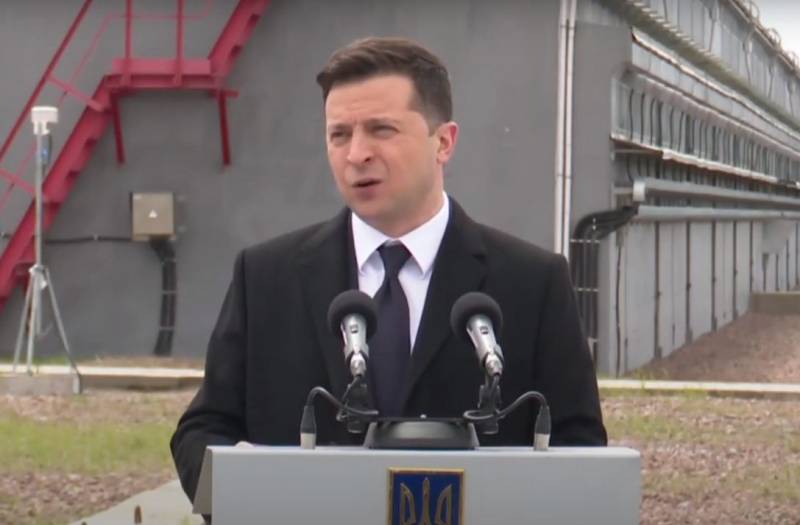 President of Ukraine Volodymyr Zelenskyy at the opening of ISF-2
But even those 1,5 billion that Ukraine will have to spend on the construction of the CSFSF are not final: every year Kiev will have to allocate 120-130 million dollars to ensure the functioning of the storage facility. Thus, Ukraine will be able to feel the benefits of refusing to export spent nuclear fuel to Russia in forty years.

Europe's nuclear dump is not the best prospect for the country

However, there are other probable considerations that can be guided by Kiev, refusing to export spent nuclear fuel to Russia and building a CSFSF in Ukraine. First, Ukraine will have the opportunity to put pressure on Moscow, threatening not to take away from Russia the spent nuclear fuel that is now stored in our country. Thus, Russia will find itself in a difficult situation and will have to spend additional funds to store Ukrainian spent nuclear fuel.

Second, and more importantly, the construction of a CSFSF in the long term can turn Ukraine into a testing ground for storing spent nuclear fuel for other countries. In other words, Kiev will import SNF from European nuclear power plants for money and store it in Ukrainian storage facilities. Moreover, given the scale of Ukraine's debt to the European Union and its constant growth, it is possible that Ukraine will also receive direct benefits from the storage of foreign spent nuclear fuel in many decades.

Last year, the issue of turning Ukraine into a nuclear dump was raised in one of his speeches by the deputy head of the People's Militia of the DPR Eduard Basurin. But then experts questioned his assumptions: it is really costly and difficult for the United States to ship spent nuclear fuel across the ocean in order to store it in Ukraine. But it is quite possible to import nuclear waste from Europe into Ukraine.

It is no coincidence that the Ukrainian media periodically emphasize that spent nuclear fuel is not waste - they say, radioactive, there is no dispute, but they have a certain prospect in terms of future use.

In any case, Kiev got involved in really very expensive projects, and it is not yet very clear where the funds will be obtained from to complete the construction of the CSFSF and its subsequent maintenance. So fears about the prospects of turning the country into a "nuclear dump for Europe" are not groundless.