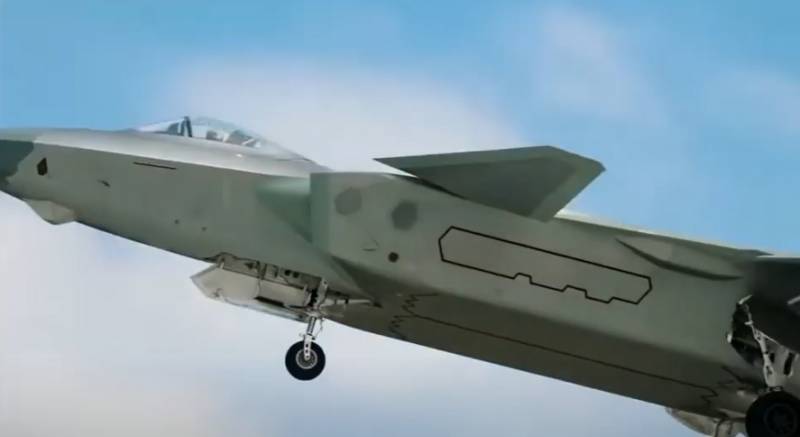 The Chinese magazine OIST, which specializes in covering events in the world of science and technology, has published material on the fifth generation fighters of the Chinese design. Recall that the PLA Air Force is already supplied with J-20 fighters, and the development of the fifth-generation carrier-based fighter J-31 continues.


Chinese journalists admit that the further development of new generation fighters requires the latest aircraft engines, which China has not yet developed.

OIST is considering combining J-20 single and two-seat fighters in the Air Force.

From an article by Chinese authors explaining why the PRC Air Force needs a fifth-generation two-seater fighter:

The appearance of the two-seat version of the J-20 is due to the fact that the tasks of the fighter are becoming more diverse. China needs a more powerful fighter. The two-seat version of this combat aircraft will be equipped with new equipment, which, in particular, will allow it to interact with swarms of combat drones and counter enemy electronic equipment.
The journal notes that one crew member will not be able to cope with the expanding range of tasks.

Chinese experts point out that the pilot, who is in the front of the cockpit, will focus on controlling the aircraft, while the pilot in the back is responsible for managing weapons, including electronic warfare, and data exchange systems with the UAV.

The technology behind the J-20 makes it a nightmare for enemy electronic equipment.

As noted, the swarm of drones can become "bait to attract enemy aircraft, including stealth fighters." At the same time, drones exchanging data with the J-20 can carry out reconnaissance and strike, including against air defense systems.

A swarm of drones will be able to help the J-20 fighter to gain air superiority.
The same magazine reports on the number of J-20s produced by the Chinese industry. If you believe these data, then in China at the moment there are 90 such combat aircraft. But, according to Chinese experts, the PLA Air Force needs at least 400 fifth-generation fighters, including two-seat combat aircraft.
Ctrl Enter
Noticed oshЫbku Highlight text and press. Ctrl + Enter
We are
Reports from the militia of New Russia for 27-28 September 2014 of the yearDecember 2010 years. Russian March. Senseless and merciless? Notes not a Russian person
Military Reviewin Yandex News
Military Reviewin Google News
13 comments
Ad