The bar is lower, the batch is thinner

The next inspection by the Accounts Chamber of the Russian Federation affected the structure, which, in fact, no longer exists - the Federal Corporation for the Development of Small and Medium-Sized Businesses SMEs. It, relying on the Federal Property Management Agency with 72 percent of the shares and the now omnipotent VEB (28 percent), starting almost from the mid-XNUMXs, had to provide uninterrupted support and, as a result, the growth and prosperity of small and medium-sized businesses.

The check that affected 2018-2020, however, resulted in a series of blows to the tails. The main thing, in my opinion, is that the corporation, which entered not so long ago, after reorganization at the top (Optimizing optimizers) to the global development institution - VEB, now there is not even a direct boss.

Ex-chairman of the corporation, Alexander Braverman, was once closely involved in privatization and even headed the all-powerful Ministry of State Property for some time. Now he works in the press service of VEB, but is listed in this global monster (attention) - as the first deputy chairman. 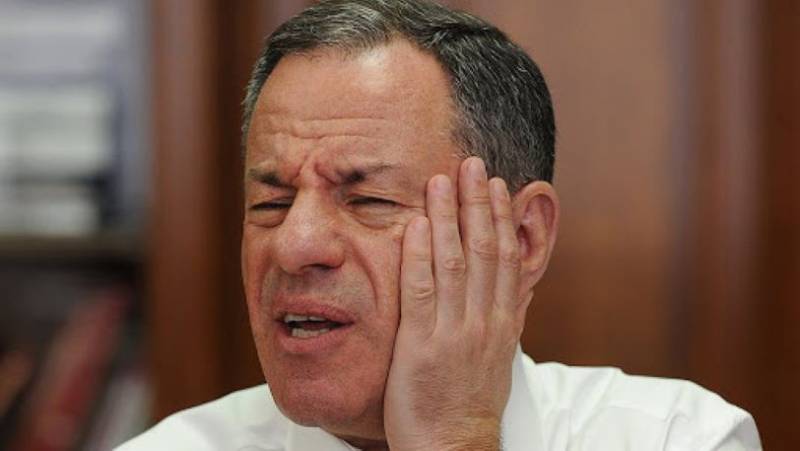 Source: deduhova.ru
SMEs under Braverman, that is, since 2015, have received almost unlimited access to cheap credit resources, which they distributed to small and medium-sized enterprises under their care. The source of income was the difference in percentage plus equity participation in their projects.

All this, however, did not in the least cancel the need to regularly report on successes and failures. And it seems that the management of the SMEs reported, and not bad at all. In any case, this is exactly the impression the public should have had, judging by the corporation's website and press publications.

However, following the results of a three-year audit, the auditors of the Accounts Chamber did not even believe the press and harshly criticized the SME corporation. The salaries of its employees will be discussed below, but more importantly, the auditors have smashed all the “beautiful” reports of SMEs to smithereens.

What guarantees can there be?

They noted that SMEs simply regularly lowered the bar by setting key performance indicators (KPIs) at levels that were easy to achieve. As a result, almost all indicators were overfulfilled with planned values, in many cases - from 500 to nine thousand percent.

According to the auditors of the RF JV, the corporation did not have and does not have a long-term strategy. But this was all right - in the end, the strategy can be considered simply the growing number of enterprises, small and medium-sized, which the corporation has really helped.

But the target indicator of SME activity - the share of loans to its subjects in the total loan portfolio - has not been achieved either. So, in 2018, with the planned 19%, its value was 15%, and for the nine months of 2020 - 10% with the planned 12%. One could blame the failures on a pandemic, but why then indicate such a figure in the Development Strategy until 2030.

By all indications, the SME corporation does not issue guarantees and sureties for unsecured loans to entrepreneurs at all, although it should. Indeed, for more than five years, only 1% of the average annual amount received credit support. It's not just a failure, it's more like sabotage.

The RF JV auditors noticed that the SME corporation could increase guarantee support, but in 2016-2020 it actually paid only 1,8% of the total volume of guarantees issued to small and medium-sized enterprises.

In addition, the corporation grossly violated the very idea of ​​supporting small and medium-sized businesses - money (more precisely, guarantees and sureties) went to companies that were considered small and medium-sized only formally. In reality, however, they were safely included in the group of companies of large business, starting with Gazprom.

Over the three years (2018–2020) that the RF JV checked, at least 3,62 billion rubles were spent on fake support. Tracking the recipients of SME support was not easy, but, as we can see, the auditors somehow figured it out. In Russia, the practice of state purchases is such that almost two-thirds of them, which are allocated specifically for small businesses, are, in the end, carried out by companies that are somehow tied to business monsters, at least to the same Gazprom.

So they can't or don't want to

By the way, according to the testimony of one of the experts of the RF JV, the practice of such substitutions has long become the norm in the oil and gas sector, as well as in transport and energy. However, formally, everything was in accordance with the law in SMEs - Alexander Braverman has already stated that:

“Guarantee support or sureties were provided to small businesses solely on the basis of their inclusion in the Unified Register of SMEs”.
He also managed to note about the performance indicators of the corporation, which

"Were established by the board of directors and from 2016–2020, at the initiative of the board, were changed upwards by more than 15 times."
It is significant that the former chief SME has already provided the press with many documents from the tax service, but it is not entirely clear why the employees of the Accounts Chamber are still not familiar with them. But in the documents of the JV RF it is indicated that the SME corporation has almost no influence on the development of small business in Russia, but at the same time it overfulfills the KPI and pays the employees overstated salaries.

A very characteristic assessment of the achievements of SMEs was given by Andrey Sharonov, President of the Moscow School of Management Skolkovo, which is also quite worthy of a debriefing at the Accounts Chamber. At least the Skolkovo parent fund not so long ago successfully went under the wing of the same business monster - VEB.

Sharonov made, one might say, an exclusive statement for such a publication as the Bulletin of the Accounts Chamber - this is not a business press for you, but an almost academic one, but still official. So, in Sharonov's opinion, the coverage of small and medium-sized businesses with state support measures is clearly unsatisfactory.

But the main question, according to Sharonov, is

“Why SMEs, which consistently cite access to finance as one of the key issues, cannot or do not want to take advantage of this opportunity through the mechanisms of the SME Corporation”.
The Accounts Chamber should clearly focus on clarifying this issue, and yet understand, “can’t or don’t want to?” In any case, there is hardly a single small or medium-sized enterprise in Russia that will tell you that they have no difficulties in obtaining funds for development.

But judging by the salaries paid to the SME corporation, they still don't want to. And to want, most likely, there is no incentive. When checking the specialized federal corporation of SMEs, the auditors of the Accounts Chamber were more confused not by the problems of small business, generally understandable, but by the income of those who are engaged in this business.

It is engaged, let us pay attention, at the state level - the SME corporation is not just some private one, but a federal one, albeit a corporatized one. The auditors of the Accounts Chamber easily found out that the average salary in the SME Corporation amounted to about 380 thousand rubles a month.

And this is without taking into account the members of the board. And this is in difficult, you see, 2018-2020 years. Even a superficial assessment of auditors is not required to understand that this is several times, or even dozens of times more than the national average. And even much more than the average salaries in banks, insurance offices and other "development institutions".

They seem to have been dispersed not so long ago, but in fact they were simply handed over to VEB. It was possible to keep silent about the board members altogether, but when a document is in front of your eyes not from someone, but from the Accounts Chamber, this does not work.

So, the board members assigned themselves a monthly remuneration for righteous labors of 3,2-3,4 million rubles. It is a little reassuring that there are only nine of these members on the Management Board of the SME Corporation, but they were enough to raise the average salary in the entire company to 600 thousand. 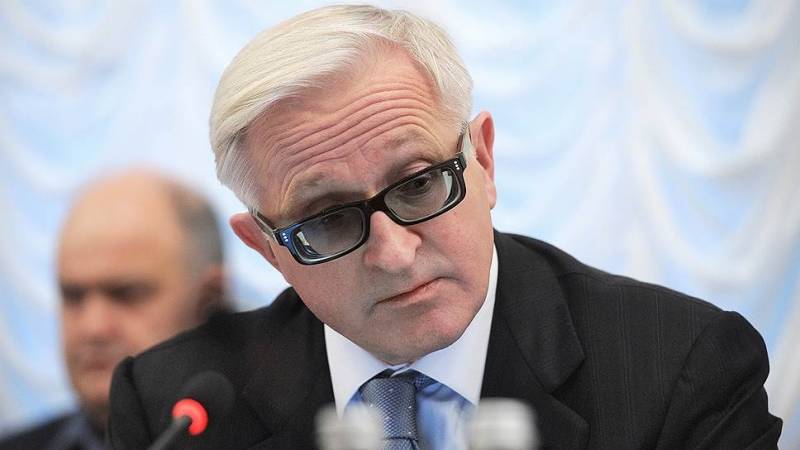 Even the head of the Russian Union of Industrialists and Entrepreneurs (RSPP) Alexander Shokhin (pictured), another of those who three decades ago “reformed” Russia, independent of the USSR, had to comment on such achievements. I had to, since he is also a member of the same Board of Directors of the Corporation.

"We might think about adjusting the principles for determining the amount of remuneration for its management."
Alexander Braverman himself modestly replied to Shokhin, and at the same time to Sharonov and auditors:

"Salaries were set by the board of directors."
To ourselves, loved ones, how could it be otherwise?

On our own behalf, we add that in commercial structures it is customary to keep salaries slightly below the industry average, which does not help well to retain qualified employees. However, why we need salaries twice or three times more, you can understand only from one position - to snatch more, until they dispersed.

We already noted something similar when we wrote about the financial achievements of the top management of the Rusnano corporation, where, as you know, for several years Braverman's colleague ruled in the field of privatization - the well-known Anatoly Chubais. 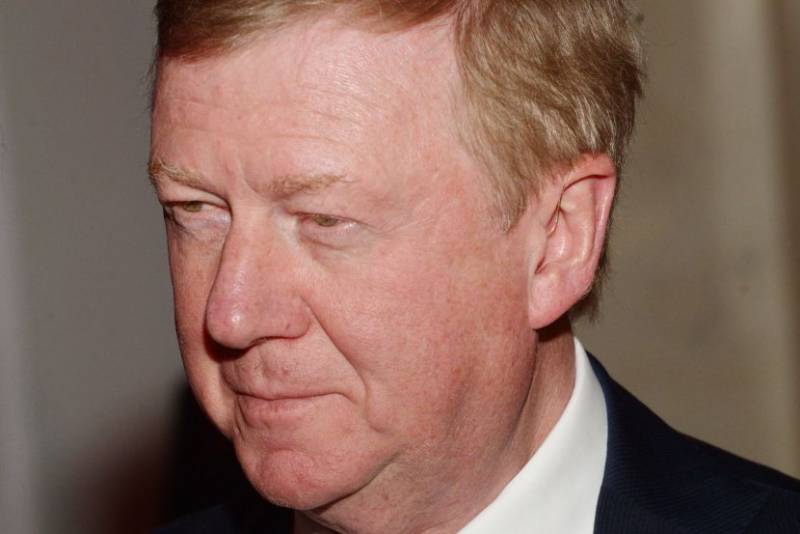 Source: oreanda.ru
However, Braverman, who has now settled in the press service of VEB, noted that

"The salaries of the Corporation's employees are comparable to the average salary in the financial sector."
However, the auditors of the RF JV figured out that this is not entirely true, or rather, not at all.