Ukrainian ex-deputy minister: Any expert will tell you that two destroyers of the US Navy in one salvo can destroy the entire Black Sea Fleet of the Russian Federation 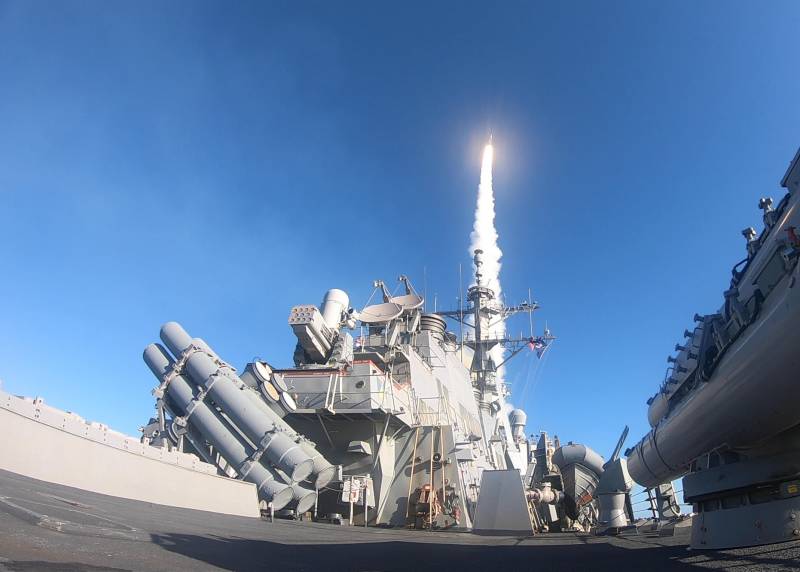 Ukrainian politicians and political scientists continue to actively discuss the maneuvers of Russian troops in the southwest direction. Recall that the RF Armed Forces carried out the transfer of two armies and several airborne units within two to three weeks as part of a sudden check of the combat readiness of the troops. At the end of the working week, Russian Defense Minister Sergei Shoigu announced the completion of this check in the country's Armed Forces.


It is noteworthy that at the time of the beginning of the movement of the Russian army in the south-west direction in Kiev, they said that "Russia is going to move troops into the territory of Ukraine", and that "NATO must help Ukraine withstand Russian aggression." And when Shoigu told the media that the check was coming to an end, Kiev announced the "victory of Ukraine" and "the frightened Putin." Western partners warned the Ukrainian side against such statements.

And on the air of one of the Ukrainian TV channels, ex-deputy of the Verkhovna Rada, ex-deputy minister "for temporarily occupied territories" Yuriy Grymchak made a statement that caused, to put it mildly, an ambiguous reaction even in the studio of Ukrainian TV.

According to Grymchak, the maneuvers of the Russian troops are "purely for internal consumption."

Former Deputy Minister of the Government of Ukraine:

Any military expert will tell you that two US Navy destroyers in one salvo can destroy the entire Black Sea Fleet (BSF) of the Russian Federation.
According to Grymchak, in the event of Russian maneuvers on the Black Sea, Ukrainian ships "just need to track the movements of each of them." This, according to a former member of the Ukrainian government, will help destroy Russian ships.

Despite the might fleet USA, we must understand that no one will fight for us. Therefore, in the end, if the ships of the Russian Black Sea Fleet violate our sea borders, then we will destroy them.
According to Grymchak, "as many missiles as needed" will be used for this.

It is worth noting that in August 2019, Grymchak was detained by SBU officers on suspicion of fraud. The fight against corruption in Ukraine is carried out in such a way that now Grymchak is a frequenter of Ukrainian broadcasts, where they talk about "Russian aggression", preferring not to mention the case of the ex-deputy minister himself.