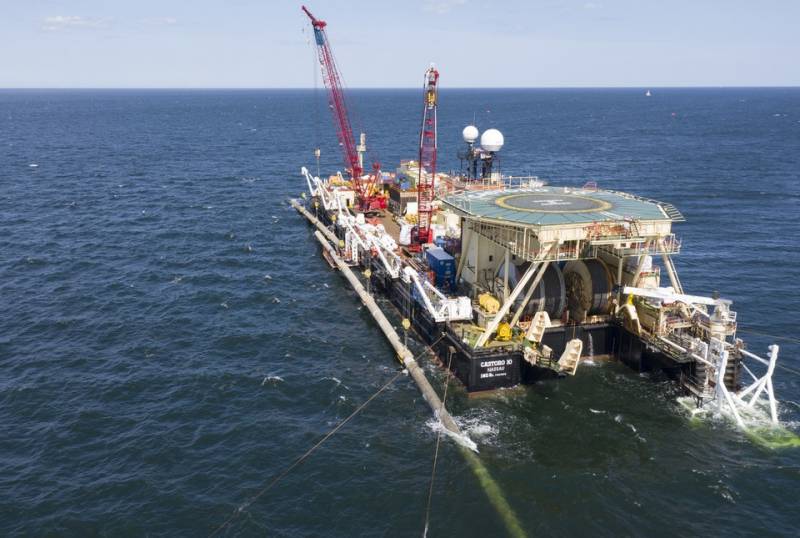 Due to the tough position of the United States in relation to Nord Stream 2, the FRG can complete the construction of the gas pipeline only at the cost of large foreign policy losses. And the refusal of the project is fraught with payments of multibillion-dollar penalties.


Nikolaus Doll, whose article was published by the German newspaper Die Welt, spoke about how Germany is looking for compromises around Nord Stream 2.

German politicians believe that in this situation, Berlin needs a "plan B". In particular, the idea of ​​a temporary freeze on construction has been gaining popularity in Germany lately, which can be linked to a package of political demands on the Kremlin.

We need a solution that would save face for all parties. A moratorium could be such a decision.
- said the deputy of the Bundestag from the CDU party Roderich Kiesewetter.

Another option is not to stop construction, but simply not to start the gas pipeline after its completion.

An alternative to the moratorium could be the following solution: the pipeline will be completed, but Russian gas will not be allowed through it as long as foreign policy issues remain unresolved.
- the deputy proposes.

It is also worth noting that not everyone in Germany is happy with the rude US intervention in Europe's energy policy. They do not think that concentrating on SP-2 to put pressure on the Kremlin is a good idea.

Concentration of efforts only on Nord Stream in order to put pressure on the Kremlin is unlikely to lead to anything. Moreover, it is not correct on the part of the Americans. After all, they themselves still buy Russian oil in large quantities.
- said the representative of the SPD party Nils Schmid.

Despite the change of administration, the United States, like under Trump, intends to stop the construction of Nord Stream 2 at any cost. Therefore, they exert powerful pressure on Berlin, trying to force it to go against their economic interests.