"They don't need him alive": who will "die" Navalny and for what purpose 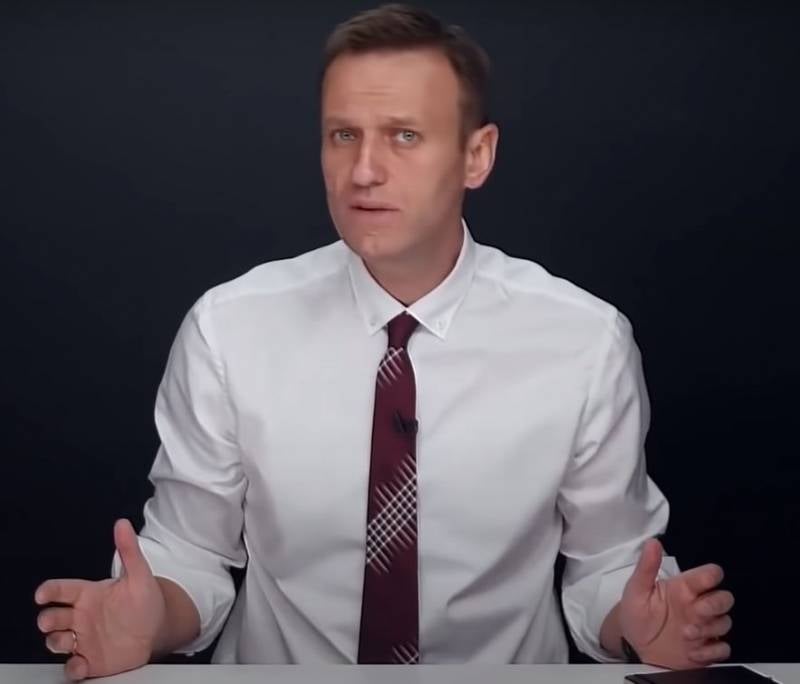 US National Security Adviser Jack Sullivan issued a warning to Russia about the possible consequences in the event of the death of Alexei Navalny. But it would be worth noting Vladimir Putin, whom US President Joe Biden allowed himself to openly call a murderer, or even the high-ranking security officials surrounding the Russian head of state, to be wary after such a statement. First of all, Sullivan's words are a kind of message to Alexei Navalny himself.

"Sacred sacrifices" from the opposition

В stories In the modern Russian liberal opposition, there were quite a few figures claiming leadership roles - both the chess star of the Gorbachev-Yeltsin era, Garry Kasparov, and the retired Putin prime minister, Mikhail Kasyanov, and the late favorite of the late Boris Yeltsin, Boris Nemtsov, and smaller figures like Vladimir Ryzhkov. Nemtsov was killed, and the rest were unable to gain any meaningful support. Against their background, the young blogger Alexei Navalny really looked powerful and cool. For the time being.

A master of investigations into the value of the property of Russian officials, Navalny, nevertheless, in the ten years of his opposition activity, has not been able to formulate any intelligible political and economic program. In fact, his program is "the fight against corruption." It is unlikely that anyone will turn the fight against burglaries, rape or other criminal offenses into a political ideology.

But Navalny succeeded: he led his supporters out under anti-corruption slogans. However, the years passed, and Navalny remained the idol of street demonstrators without any chance of getting into power on his own. It seems that the West bet on him simply out of despair, since no other comparable figures have appeared on the Russian opposition field.

By the beginning of 2020, the interest of Russian society in the figure of Alexei Navalny has noticeably weakened. Distracted from politics by pressing issues, Russians were much more interested in the coronavirus pandemic and its consequences for health and wallet than blogger Alexei with his endless investigations about the value of the property of the powerful.

But the deterioration in the lives of Russians, due to both the collapse in oil prices and the pandemic, was perfect for reviving opposition activity. But the trouble is, no informational reasons for this, it seemed, did not exist. And here, at the right time, a very strange story unfolds with the poisoning of Alexei Navalny in August 2020. The blogger was returning from Tomsk to Moscow when he felt bad right on the plane. Well, then everyone knows everything.

The story of the poisoning of Navalny was happily picked up by the West, which immediately inflated a global scandal out of this event. The United States and Europe have never reacted more violently to the deaths of many thousands of Libyans, Iraqis or Afghans than to a sudden deterioration in the well-being of an opposition leader from distant Russia. For Navalny, this was the "first bell" that they wanted to turn him into a "sacred victim."

Now Aleksey is in a correctional colony, where he went on the verdict of the court, which replaced his suspended sentence with a real one due to numerous violations of the regime. In the colony, Navalny began to complain about his deteriorating health. This is probably true. First, the consequences of a long illness after a history on an airplane affect. Secondly, Navalny, who is already 45 years old, is not so young by Russian standards, and then there is a stressful situation associated with getting into the conditions of a penal colony that are unusual for him.

Demanding medical assistance, Navalny went on a hunger strike in the colony. And then his condition really began to worsen. April 16, anesthesiologist-resuscitator, Doctor of Medical Sciences Aleksey Erlikh, neurosurgeon, Ph.D. Alexey Kascheev, cardiologist, Ph.D. Yaroslav Ashikhmin and general practitioner, Ph.D. Anastasia Vasilyeva published an open letter in which they declared Navalny's critical condition due to the authorities' refusal to admit an independent doctor to his colony.

They don't need him alive

Of course, the news of Navalny's hunger strike was immediately spread by the Western media. For example, the BBC writes that the oppositionist can die at any moment. Unfortunately, man is mortal, and sometimes suddenly mortal. Estonian Foreign Minister Eva-Maria Liimets announced on April 19 that Estonia is ready to grant political asylum to the Russian opposition leader.

But Navalny should be especially wary of the hysteria that has begun in the Western media space about his health and possible death. And you shouldn't trust the solicitous invitations to the “refuge” either. It is not known whether Alexei himself understands or not, but the "independent doctor" whom he is waiting for in the colony can really help him, or maybe he will quickly "cure all diseases" by sending him to a place where no one is sick with anything. does not starve and does not experience any suffering. 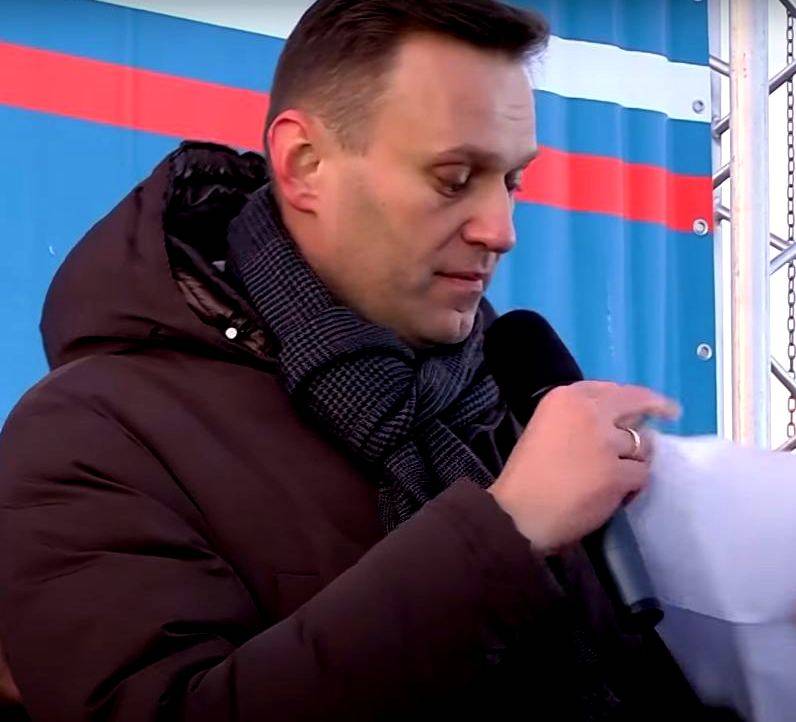 Apparently, until recently, the West did not believe that Navalny would nevertheless change the sentence from a suspended sentence to a real one. However, when Alexei was in the colony, it became clear that he was to be in prison, and he would not be released in the near future. Then a wave of speculations about the mortal danger threatening Navalny arose again. Although, if the Russian authorities wanted to eliminate the oppositionist, they would rather leave him at liberty: it is much easier to set up some kind of accident.

Sitting in a colony and gradually forgotten by everyone, Navalny is now interesting to the West in a different capacity, and in this context, Sullivan's words acquire an ominous meaning, primarily for Alexei himself.

I am sure that Biden's advisor thereby sent Navalny a farewell letter, they say, they worked together, but everything went wrong, and we don't need you alive, sorry, but like that,
- said in an interview with RIA News Russian State Duma Deputy Ruslan Balbek.

RT revealed the cheating of visitors on the site "Freedom to Navalny!"

While the West is talking about the mortal danger that allegedly threatens Navalny in the Russian colony, and Alexei himself is starving, his comrades-in-arms are trying in vain to organize protest actions. But everything comes out pretty crooked for them. So the other day another scandal erupted: the database with the personal email addresses of citizens who checked themselves on the site “Freedom to Navalny!” Created by the oppositionist's supporters was in the public domain.

Own investigation of what happened I spent RT. One of Navalny's closest associates, Leonid Volkov, for example, claims that the leak was related to the actions of one of the team members, whom he called a “rat,” using the criminal jargon that his patron now understands.

At the same time, Volkov could not clearly tell how RT's postal work addresses could get into the general database, including, for example, the [email protected] mailbox for collecting resumes from applicants. But experts from RT managed to establish an interesting fact: there were sharp surges in user activity on the site "Freedom to Navalny!" - hundreds in 5-10 minutes, and then silence again. This, according to RT, speaks of address wrapping.

But if even now, in the midst of the skilfully fueled mass media hype around Navalny, his associates have to cheat users and imitate user interest, what will await the “Navalnist” opposition if its leader leaves (from the “stage” or from life)? The liberals have no other iconic figures, and they are unlikely to appear in the foreseeable future. For all that, Navalny cannot be denied a certain charisma.

Over the years, he has successfully created and promoted his personal opposition brand. All the rest of his comrades-in-arms, in comparison with Navalny, look not a head, but two or three heads lower. So the transformation of Alexei into a "sacred sacrifice", if it is planned by the West, will only mean the drain of the Russian liberal opposition.

However, American analysts also eat their bread for a reason. To all appearances, the hopes that a "Maidan" could be arranged in Russia, following the example of Ukraine or Georgia, gradually disappeared, and now all hope is for external influence, be it political or economic sanctions. In this situation, it is really easier to turn Navalny into a "sacred victim" than to continue to spend his various resources on him.

The elimination of the oppositionist will free their hands for new sanctions, while the Americans will be able to convince the most pro-Russian countries of the West, such as Germany, France or Italy, of their necessity. For example, if a Russian oppositionist dies, Berlin can refuse the Nord Stream 2 gas pipeline, and this will become a great economic and political victory for the White House, for which a dozen opposition bloggers can also be sacrificed.