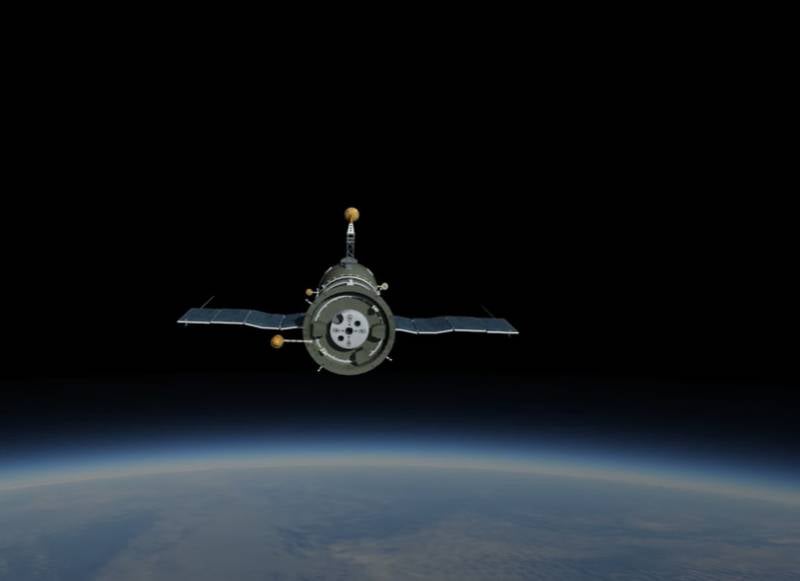 Today, April 19, 2021, the space jubilee is celebrated - 50 years since the launch of the first Salyut-1 orbital station, developed in the USSR. It is the world's first manned space station (orbital space station). Today, speaking about orbital stations, they a priori imply their "mannedness".


On this day, 50 years ago, a new type of spacecraft was launched in the Soviet Union, which opened up the possibility, both with human participation, and in an automatic mode, to conduct scientific research in conditions of a long space flight.

Salyut is represented by a series of manned orbital stations built in the USSR. Under this name, the stations were put into orbit within the framework of the civil program "Long-Term Orbital Station" developed by the Central Design Bureau for Experimental Mechanical Engineering (now it is the SP Korolev Rocket and Space Corporation Energia), as well as under the military program "Almaz" developed by the Central Design Bureau mechanical engineering (now the Military-Industrial Corporation "NPO Mashinostroyenia").

The development of a long-term orbital space station began in 1969, the head of this project was chief designer Vasily Mishin, who headed virtually the entire rocket and space industry of the Soviet Union after the death of Sergei Korolev.

It was developed on the basis of the manned military station "Almaz", created in the Central Design Bureau of Mechanical Engineering, the chief designer of which was Vladimir Chelomey.

On February 16, 1970, the USSR Council of Ministers issued a decree on the development of orbital stations, and at the beginning of 1971 the station was already sent to the cosmodrome. 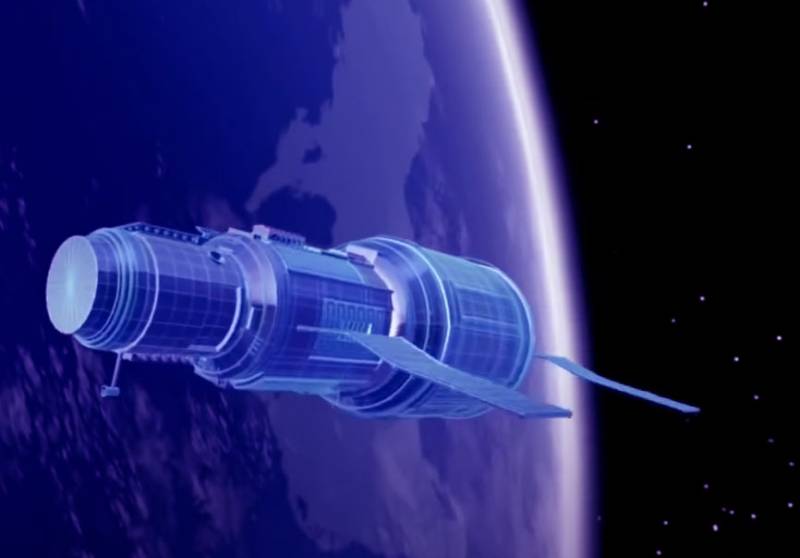 The design of the docking unit for the compartment made it possible to perform reusable docking of the station with a spacecraft in orbit and the exit of astronauts through the hatch. Inside the compartment was equipped with thermal control systems, life support and various scientific equipment.

Outside, the design provided for solar panels, various sensors, a temperature maintenance system, a telescope and much more. The working compartment consisted of two parts with a diameter of 2,9 and 4,2 meters, its length was 9,2 meters, it housed all the main instruments and control systems of the station - a communication system, life support, power supply. This compartment was used to control the movement of the station in space, scientific experiments, crew training, rest and food.

Behind the worker was an unpressurized aggregate compartment, an engine was installed in it to change the trajectory, containers with fuel, a station manual control system, main and backup low-thrust engines, as well as other systems and devices. 1400 different instruments were installed at the station.

Initially, they wanted to call the orbital station "Zarya", but since the Chinese satellite already had such a name, the station was called "Salyut", then this name was used for all devices of this type.

The Salyut orbital station was launched into orbit from the Baikonur cosmodrome by the Proton-K rocket on April 19, 1971. The expedition to the orbital station with cosmonauts Vladimirov Shatalov, Alexei Eliseev and Nikolai Rukavishnikov started on April 23, 1971 on the Soyuz spacecraft, the docking attempt was unsuccessful, the crew flew around the station and returned back to Earth.

The second crew consisting of Georgy Dobrovolsky, Vladislav Volkov and Viktor Patsaev, launched on June 6, 1971, successfully docked with the Salyut, and the world's first orbital station with a crew on board began its work.

In the course of the crew's work at the station, the cosmonauts carried out various scientific observations, tests of onboard systems and scientific equipment. The operation of navigation, control and maneuvering aids was also tested. Various biomedical studies have been carried out.

On July 29, the crew completed all scientific experiments and tests, transferred to the transport ship and undocked it from the Salyut station.

On July 30, when returning to Earth, the crew of the Soyuz-11 spacecraft died as a result of the depressurization of the descent vehicle. This was the last disaster that led to the death of people in the manned astronautics of our country.

Subsequently, the flight of the Salyut station took place in an unmanned mode, during which a number of various scientific studies and tests of scientific apparatus and equipment were carried out.

On October 1, 1971, as a result of measures to lower the station from orbit, it began deceleration and entered the dense layers of the atmosphere in a given area, after which it ceased to exist. The first orbital station was in orbit for 176 days.

After the death of the crew on the Soyuz-11 spacecraft, manned flights in the USSR were temporarily suspended. During the flight pause, activities were carried out to improve the reliability of the structure and ensure the safe operation of the Soyuz spacecraft.

The flight of the first Salyut station revealed a sufficient number of design flaws that hindered its efficient operation. As a result of the work carried out, the design of the following stations was improved.

In the period from 1973 to 1986, six more Salyut orbital stations with international crews were launched into orbit, which carried out many scientific and technical experiments and research.

When creating the Mir orbital station, including the Russian segment of the ISS, all the accumulated experience in the development and construction of the Salyut station was used.

Now Russia has decided to abandon the operation of the ISS after 2024 and to develop its own orbiting space station. Undoubtedly, all the experience gained during the creation of the Mir and Salyut stations will be used in its creation.