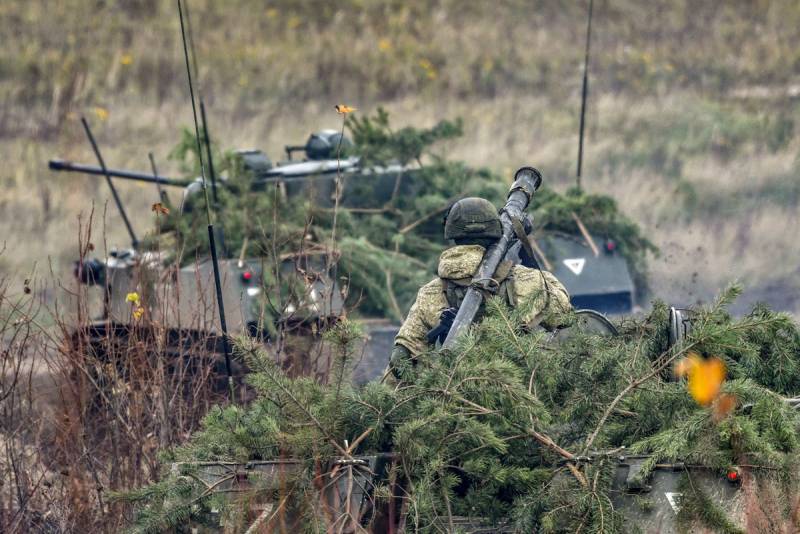 
Another "huge" Russian military camp on satellite images was discovered by the German magazine Der Spiegel, which, by the way, is distinguished by its pronounced anti-Russian position.

The publication of the publication, released on April 16, says that Russia has been pulling troops to the Ukrainian border for several weeks.

It is emphasized that as early as March 15, satellite images showed a desert area, but already on April 2, spacecraft flying over Crimea recorded a large number of military equipment and Russian servicemen at this place. 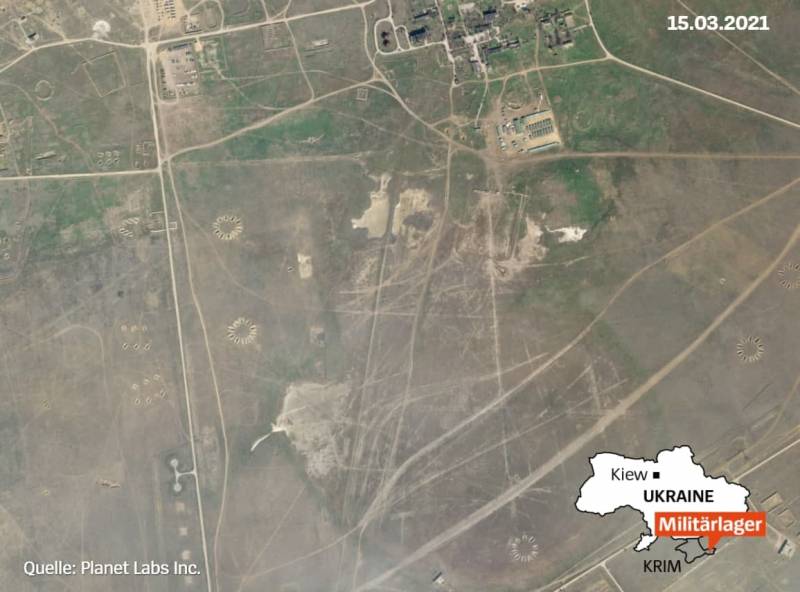 According to the magazine, two camps - one larger, and the second slightly smaller, are located 30 km from the village of Marfovka on the Crimean peninsula. However, in the comments to the photo posted on Twitter, it is said that the military camp is located near the Chernomorskoye / Karangit tract, where the military training ground of the Russian Ministry of Defense is located. 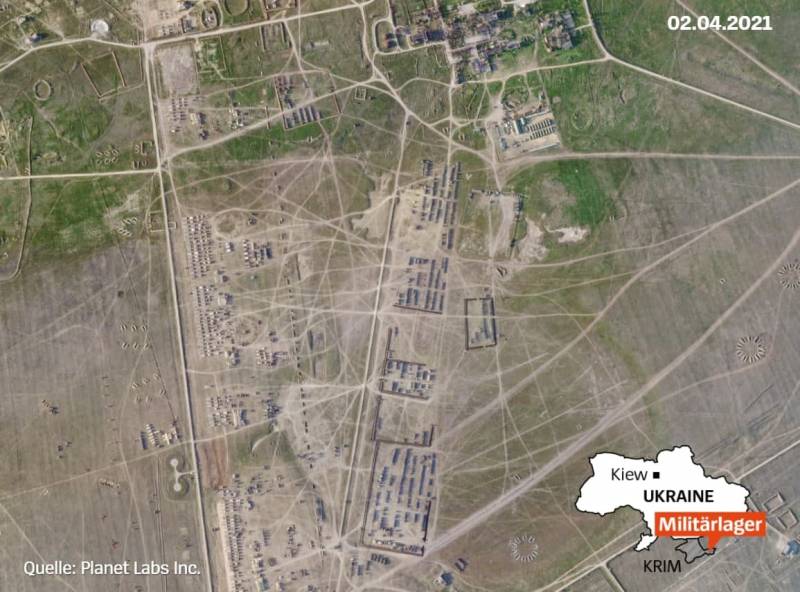 The publication writes that there are thousands of units of military equipment in the camp, supposedly ready to attack Ukraine. Attention is also drawn to the fact that earlier another military camp of the Russian army, located in the Voronezh region, was discovered on satellite images.

The Russian Ministry of Defense does not comment on these publications in any way, since they are already tired of explaining that Russian troops are moving through their territory as part of a control check and do not intend to attack anyone. However, Western media do not want to print such newsbecause they do not scare a common European man in the street, so it is better to write about "Russian aggression", escalating the situation.

Photos used:
Ministry of Defense of the Russian Federation, https://www.spiegel.de/

Ctrl Enter
Noticed oshЫbku Highlight text and press. Ctrl + Enter
We are
Reports from the militia of New Russia for 27-28 September 2014 of the yearInterview of Vladimir Putin with Radio Europe-1 and TF1
Military Reviewin Yandex News
Military Reviewin Google News
81 comment
Information
Dear reader, to leave comments on the publication, you must sign in.