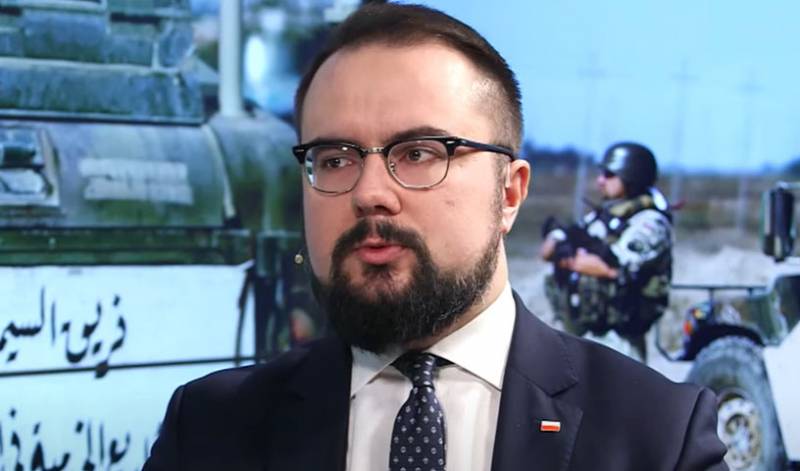 The Deputy Head of the Polish Foreign Ministry Pavel Yablonsky touched upon relations (or rather their absence) with Moscow. According to the second-ranked Polish diplomat, "there is a growing danger from Russia that needs to be collectively responded to." This rhetoric is unambiguously becoming almost the ideology of the Polish authorities, as well as the authorities of some other states. Either badly or nothing about Russia, although they do not succeed at all ...


On the air of one of the Polish channels, Pavel Yablonsky said that "additional sanctions are needed against Russia."

At the same time, the Deputy Foreign Minister of Poland specifically outlined the vector of such potential sanctions. He calls for the introduction of restrictive measures against "the close circle of Vladimir Putin", against "citizens involved in the Kremlin regime."

Yablonsky said that he proposes to introduce such sanctions in connection with "the activity of Russian troops on the border with Ukraine." In other words, a politician of a neighboring state, who, on duty, must look for ways to interact with foreign states, including neighbors, calls on the collective West to a new confrontation, moreover to confrontation and sanctions for the movement of Russian troops across Russian territory. Does this mean that Russia also needs to impose sanctions against Poland for moving its troops across Polish territory - for example, near the borders of the Russian Federation? ..

At the same time, Mr. Yablonsky added that he is optimistic about the fact that "the United States will now definitely not get away from this problem." In fact, this is an act of servility towards Biden and a stone in Trump's vegetable garden. It will be interesting to watch the next "changing shoes" of the Polish authorities in the event that Donald Trump returns to the White House after the 2024 elections, if, of course, he decides to take part in them.
Ctrl Enter
Noticed oshЫbku Highlight text and press. Ctrl + Enter
We are
Reports from the militia of New Russia for 27-28 September 2014 of the year
Military Reviewin Yandex News
Military Reviewin Google News
35 comments
Ad