On April 5, 1918, the landing of Japanese troops began in Vladivostok: recall Tokyo about the occupation of Russian lands 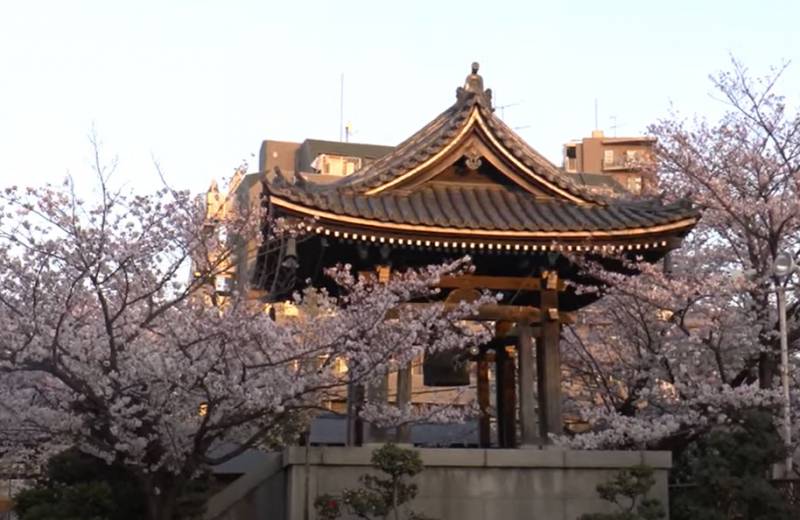 In 1918, a very difficult situation arose for the newly created Soviet state. Although the offensive of the German troops was stopped in the main directions, there remained a great risk of its continuation. For Germany, there was a great temptation to take away the desired territories from Russia; the Entente countries also landed troops in Murmansk. Also, the Entente countries were preparing for an invasion of the Far East, for this purpose they wanted to use imperialist Japan.

At that time, a struggle was unfolding between the United States and Japan for dominance in the Pacific region, but, despite the existing disagreements, they negotiated among themselves and tried to find a compromise for joint actions to occupy the Soviet Far East. Despite the fact that the Americans feared the expansion and strengthening of Japan in the region, they entered into an agreement in order to destroy the young Soviet republic.

The reason for the start of the invasion was an armed attack on employees of a Japanese trading company, as a result of this incident, two of them were killed. According to some reports, this provocation, planned in advance, was organized by the Japanese themselves in order to launch an invasion under the pretext of protecting their subjects.

Immediately after this provocation, without waiting for any investigation, on April 5, 1918, the Japanese landed a landing in the amount of three companies of marines (including, by the way, the British), under the cover of the naval artillery of an American cruiser. The intruders immediately seized the key objects of the city and port. The very next day, the Japanese landed additional troops and captured Russky Island with all its military infrastructure.

Recall Tokyo about the occupation of Russian lands

After waiting for a favorable situation, Ataman Semyonov also stepped up his activities, earlier he mobilized the Cossacks in the border areas, having gathered about a thousand people under his banner. The Japanese supported Semyonov, supplied him with weapons, ammunition, and also sent their soldiers to help him.

In July 1918, the Entente states announced that Vladivostok was under their control, they also stated that this was temporary, and that they would take measures to protect the city and its environs from external and internal threats. The main goal of the occupation was the actual severing of the Far East from the Soviet Republic. After a short period of time, the number of Japanese troops in the Far East exceeded 80 thousand people. During the Civil War and the intervention of 1918-1922. the Japanese in the Far East had more than half of the regular army, their number was up to 120 thousand people, the main reason was the desire to participate in the division of territories after the elimination of the Soviet state created by the revolution, planned by the Entente countries.

The main force of the interventionists was precisely the Japanese army, the American and British troops retained their presence in the period 1918-1920, then left the territory of Russia, the Japanese troops were in the Far East until 1922. Thus, taking advantage of the hostile attitude of the Western states to Soviet Russia, Japan ruled and plundered the Far East for four years. A lot of timber, furs, and other valuables, seized in Vladivostok, were exported, Japan received and a considerable share of gold from the gold reserves of Russia, which is at the disposal of Kolchak.

During the occupation of the Far East, the Japanese behaved insolently and unceremoniously, which naturally aroused the hatred of the local population. Partisan detachments were organized to fight the invaders, they ambushed and attacked Japanese detachments. The partisan movement was quite massive, the number of their fighters exceeded 30 thousand people.

The Japanese, in response to the partisan struggle and resistance, staged mass executions, burned entire villages, the special cruelty of the Japanese was also noted by their American allies, who, however, themselves were quite distinguished in such acts.

In March 1920, all the troops of foreign interventionists, except for the Japanese, left Vladivostok. The Japanese, on the other hand, began to carry out massive punitive actions against the population, defeated many revolutionary organizations. The reason for this was the events, as a result of which the guerrillas of the anarchist Tryapitsyn shot several hundred prisoners of the Japanese military.

Tryapitsyn was soon shot by the verdict of a revolutionary court, but the Japanese stopped the evacuation of their troops and began to take revenge, as a result, almost seven thousand people were killed in Vladivostok and three other cities in a few days. After that, the Japanese occupied southern Sakhalin under the pretext of protecting the employees of the Hokusinkai oil company and demanded an official apology from Soviet Russia for the deaths of Japanese soldiers.

In the current situation, the weakened Soviet Russia could not afford to start a war with Japan and it was decided to create the Far Eastern Republic, which was assigned the role of a de facto buffer state, and a revolutionary army of the republic was created.

In 1920, as a result of the offensive of the army of the Far Eastern Republic, together with the partisans, the Japanese interventionists left Khabarovsk and a number of other settlements.

The war in the Far East continued for two more years, the successful offensive operations of the FER revolutionary army forced the Japanese to leave Vladivostok at the end of 1922, and the civil war in the Far East was practically over. But despite the end of hostilities and the establishment of Soviet power, it was only at the beginning of June 1923 that the last Japanese warship left the Golden Horn Bay of Vladivostok.

In the future, Japan did not lose hope for revenge and began to develop new plans for military action against the USSR in the Far East, Sakhalin and Manchuria.

It would be nice to remind the Japanese of those events and, most importantly, of how the previously built aggressive plans against Russia ended. It would also be nice to issue demands for indemnities for the occupation in response to Tokyo-backed anti-Russian sanctions. Perhaps this will refresh their memory, especially in light of the "Kuril issue" they are constantly discussing.