Another anniversary of "perestroika": Gorbachev's plans and the results of reforms 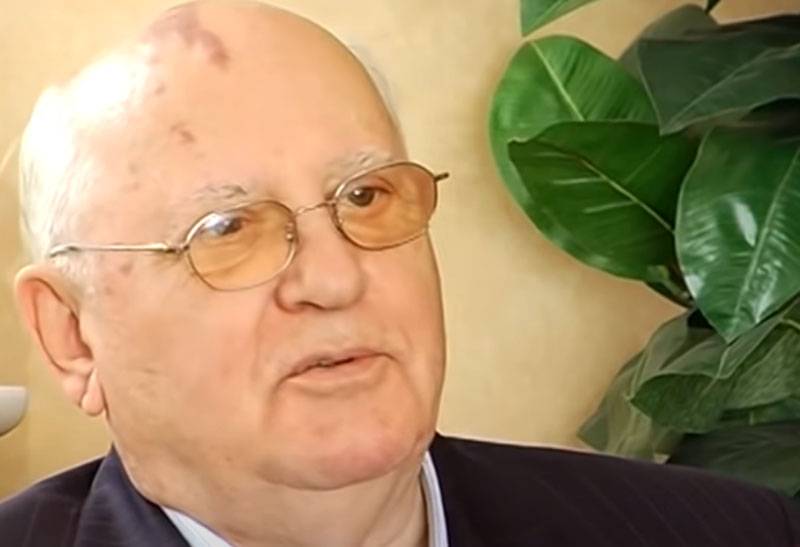 Gorbachev was elected general secretary in March 1985 and already in April 1985, at the plenum of the Central Committee of the CPSU, announced plans for large-scale reforms aimed at transforming all aspects of Soviet society. In continuation of these plans, a program was put forward to "accelerate the country's socio-economic development", reflecting the strategic course of the party. These days Russia is recalling another anniversary of "perestroika".


Following these decisions, in a fairly short period of time, grandiose economic, political and social changes took place that literally shook our country.

About Gorbachev's plans and the results of reforms.

It was planned that the introduction of the achievements of science and technology would provide acceleration, in particular in the field of mechanical engineering and heavy industry; to achieve these goals, it was planned to carry out technical re-equipment of enterprises and reduce the cost of expensive capital construction.

A special place in these plans was given to the "human factor" - through the strengthening of labor discipline, the use of new options for work on the territory of the entire Soviet Union. The priority was declared to be the solution of such problems as providing the Soviet population with high-quality housing, food, reforming the education and health care system. In general, we wanted the best ... At least, everything was presented in this context.

In May 1985, Mikhail Gorbachev launched an anti-alcohol campaign. True, the measures taken then were clumsy, ineffective and had negative consequences. Vineyards were cut down everywhere, wineries were destroyed, alcohol production was sharply reduced, and a large number of wine shops were closed. As a result of all these actions, long queues for alcohol appeared in the country, the level of drug addiction and the use of cheap and toxic substitutes began to grow. The boom in home brewing began. Revenues to the treasury from the sale of alcoholic beverages fell sharply. At the same time, they did not drink less.

In 1986, speaking at the XXVII Congress of the CPSU, Mikhail Gorbachev for the first time declared the need for "democratization", also with his submission, such terms as "freedom of speech and publicity" appeared, which became symbols of the era of perestroika and meant open decision-making and unhindered access to information. Part of his report was devoted to global world problems, he also drew attention to the fact that many problems are of a common human nature and their solution will require collective efforts and cooperation of many states.

Then this approach began to be called "new thinking" (with Gorbachev's version of the stress on the first syllable), which in turn led to the end of the Cold War.

In 1986, a law on individual labor activity was adopted, it allowed entrepreneurship in the production of goods and consumer services for the population, the use of hired labor was still not allowed.
Very soon, in January 1987, at the plenum of the CPSU Central Committee, Gorbachev made a report entitled "On Perestroika and the Party's Personnel Policy", in which he outlined a new reform plan. The basis of the new concept was the reform of the political system, which was supposed to entail socio-economic reforms and changes. Perestroika was actually declared a new state ideology. The basis of the economic program of perestroika was the idea of ​​transferring the planned state economy to a market basis within the framework of socialism.

For this purpose, a series of reforms were carried out, developed by such economists and political scientists as L. Abalkin, T. Zaslavskaya and F. Burlatsky.

It was proposed to provide more independence to enterprises. For this, it was proposed to use mechanisms of self-sufficiency and even self-financing, and broader rights were granted to employees of organizations.

Some time later, on June 30, 1987, a law on a state enterprise was adopted. This kind of law provided for the transition of enterprises to self-financing and self-financing. Enterprises received the right to independently spend their profits remaining after settlements with the state. Additionally, it became possible to establish foreign economic relations, including through the creation of joint ventures, as well as sell part of their products on the foreign market.

On July 1, 1988, the Law on Cooperation was published, and the opportunities for entrepreneurship improved. But in the USSR, the state monopoly on raw materials remained, so the cooperators faced significant difficulties, the sphere of trade and public catering turned out to be more successful.

Cooperators set prices that were much higher than government prices. At the same time, the same products were produced and the state means of production were used. This policy led to conflicts in labor collectives. Also, many cooperatives are simply engaged in intermediary activities for the purchase and resale of products from state-owned enterprises.

In general, serious, critical mistakes were made during the reforms, all the features were not taken into account and many details were not worked out, and gross errors were made in the assessment, planning and the consequences of these reforms were not calculated.

By the end of the summer of 1989, the Soviet Union entered a deep socio-economic and political crisis. The situation was aggravated by the growing separatist movements, especially in the Transcaucasia and the Baltic republics - not without the help of "friends of the USSR", of course, who relied on representatives of the local "elites" to achieve their goals.

The economic crisis could no longer be saved by the "500 days" reform program conceived by the Democratic economists. The credibility of the authorities and the state was finally undermined by the monetary reform of early 1991, during which the exchange of banknotes was carried out. Prices in stores began to rise at an incredible pace. The results of Gorbachev's perestroika continue to make themselves felt to this day throughout the post-Soviet space.