"Gasoline prices are more difficult to regulate than sugar": on the rise in the cost of fuel in the domestic market 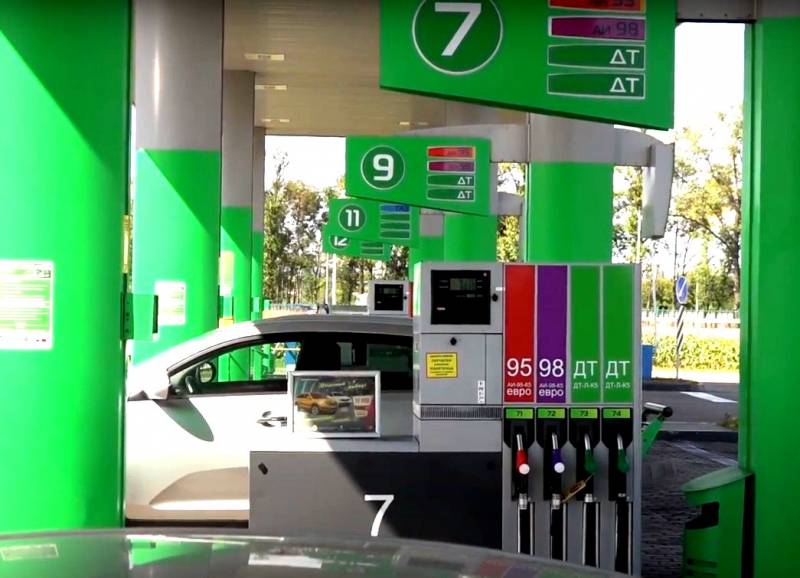 When Russian President Vladimir Putin was outraged by the rise in prices for sunflower oil and sugar, the government immediately rushed frantically to fulfill the instructions of the head of state. Recently, Prime Minister Mikhail Mishustin approved agreements to stabilize sugar prices until June 1, 2021 and sunflower oil prices until October 1, 2021. According to the documents, a liter of sunflower oil in retail should not exceed the price of 110 rubles, and a kilogram of sugar in retail should not exceed 46 rubles.


It is clear that sunflower oil and sugar are products of mass consumption, but prices for gasoline and diesel fuel are no less important for the average consumer and for the economy as a whole. But they, in contrast to the prices of sugar and sunflower oil, are growing, although the government, as it says, is taking certain actions to contain it. The point is that the rise in oil prices on a global scale makes exports more attractive for oil companies. True, it is the same with the same sugar and butter.

To make it profitable for them to work in the domestic market, gasoline prices must also be brought up to export prices, but this is impossible for a number of reasons and considerations. First of all, the sharp rise in prices for gasoline and diesel fuel will cause inflation for all other goods and services.

The Russian Ministry of Energy has developed a number of measures to stabilize fuel prices. These include ensuring an increase in the workload of oil refineries, an increase in fuel reserves, an increase from March 2021 in the standards for the sale of gasoline, diesel fuel and liquefied petroleum gas. At the same time, as noted in the Ministry of Energy, oil companies fulfill their obligations in good faith, there are no special problems with the implementation of measures to stabilize gasoline prices.

It is also worth noting that the damper mechanism plays a key role in keeping gasoline prices down. As you know, when oil prices are high, the damper is paid by the state to companies, and when oil prices are low, as it is now, the opposite process takes place - companies pay the state. Thanks to it, fuel prices are still growing below the general inflation rate: by 2,2-2,5%, while inflation is 4,9% in 2020. However, in the very near future, already from May 2021, the damper mechanism will change, which is openly discussed in the government. At the same time, drivers often shrug their shoulders when, from high stands, responsible officials declare a 2,5 percent increase in gasoline prices per year.

Now the State Duma is considering a draft law on amending the Federal Law "On the Basics of State Regulation of Trade Activities in the Russian Federation," says lawyer Timur Hardy. - If the legislator accepts this draft, then a certain upper limit for the allowable markup for gasoline and diesel fuel will be set. Then the cost of fuel will not be able to rise by an amount higher than the projected inflation rate. But much will also depend on what the updated damper mechanism will be and how the government and oil companies will interact further. After all, we are also talking about compensation for colossal funds to oil companies.

The government will try to restrain the rise in gasoline prices by increasing the volume of gasoline sales on the exchange. Indeed, now, as experts note, the prices for gasoline on the exchange are very high, and if gasoline is purchased at such prices, then there is virtually no benefit from selling it at gas stations.

Thus, the issue of regulating prices for gasoline and other types of fuel is much more complicated and requires much greater joint efforts of the state and business than in the case of prices for a number of food products. At least, this is how officials and representatives of the big oil business explain everything. Gasoline prices are harder to regulate than sugar prices ...

In general, now Russia continues to unravel the consequences of the global "pandemic" crisis and the collapse in oil prices parallel to it, and the rise in the cost of gasoline is only one of the sad links in the overall chain of economic problems. The Russian government is looking for a way out of this situation, but will an updated damper become it?