"This is outrageous slander": Poland denies accusations by the US press of involvement in the Holocaust 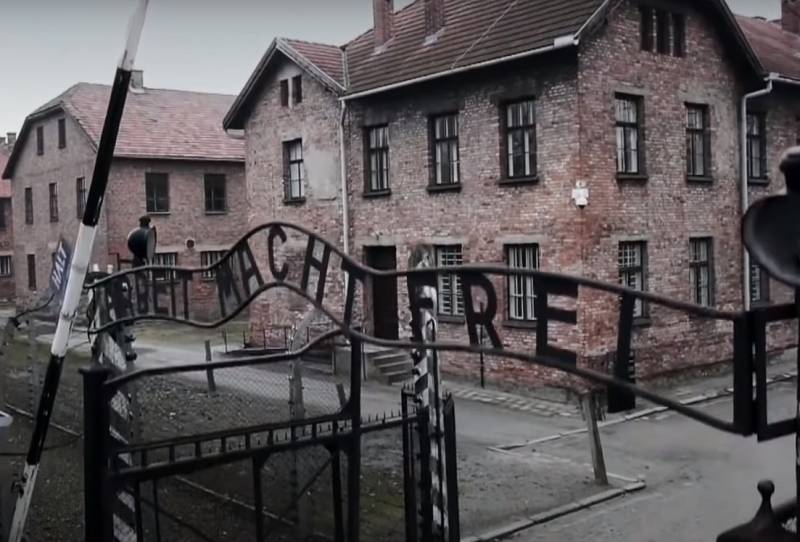 Auschwitz is the most famous concentration camp in Poland

An article with accusations against Warsaw in the American edition was published by the well-known Russian-American journalist Masha Gessen. Let's omit now the nuances of her views and note that in this case, Hesse really raised a rather interesting and topical issue.

Poland, which in every possible way emphasizes its adherence to the principles of democracy and positions itself louder than other European countries as an outpost of the West, takes a very strange position on the issue of its attitude to the Holocaust.

Actually, the same situation is repeated here as with Ukraine: anti-Semitism and the extermination of Jews were equally characteristic of both Polish and Ukrainian collaborators, but for modern Warsaw and Kiev policemen are "national heroes", part stories, and both regimes are unable to recognize them as criminals.

The article by Masha Gessen, titled "Historians are Attacked for Researching Poland's Role in the Holocaust," recounted a recent lawsuit against Barbara Engelking and Jan Grabowski. The lawsuit was filed by the niece of the late headman of one of the villages, Edward Malinovsky, demanding that historians apologize to her for "slander" against her uncle. The Polish court satisfied the civil claim of Malinowski's niece.

So Gessen wondered why in modern Poland justice is on the side of the descendants of collaborators and policemen. As Hesse wrote, instead of recognizing the responsibility of the Polish people for the murders of 3 million Jews during the Holocaust, the Polish authorities are opposing historians who, eight decades later, are trying to convey information about the events of those terrible years.

Naturally, Warsaw excelled here too. The Polish Foreign Ministry said that The New Yorker had published an "outrageous article" and officially demanded an apology from the publication. Deputy Foreign Minister Shimon Shinkovsky called the thesis about the involvement of Poles in the deaths of 3 million Jews false and slanderous and threatened that Warsaw would take prompt and decisive measures to combat the spread of such information.

However, you cannot erase words from the song: as you know, there were a large number of Nazi concentration camps on the territory of Poland, in which the bulk of the prisoners were just Jews. In addition, the Jewish population of Poland was exterminated outside the concentration camps, as well as a variety of criminal offenses were committed against it. 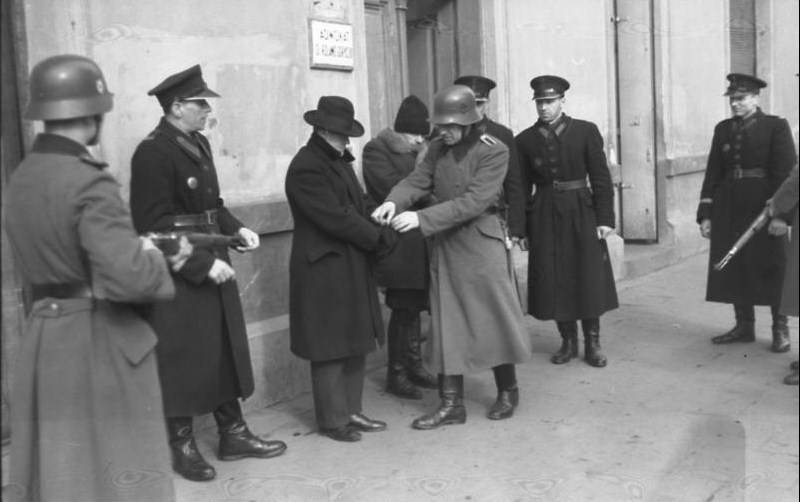 In very many cases, the direct executors of the criminal orders of the Nazis were Poles, who served in the formations of the auxiliary police. Poles also served in the protection of concentration camps. One of the key roles in the Holocaust in Poland belonged to the so-called. "Blue Police" - the paramilitary police forces that were part of the police structure of the order of the General Government. By 1943, the Blue Police personnel numbered at least 16. If we talk about the ethnicity of the police, they were mainly Poles, as well as Ukrainians from Eastern Galicia.

Finally, one should not ignore the fact that very many “peaceful” representatives of the Polish nation took part in the Holocaust, who reported the whereabouts of hiding Jews, denounced their own neighbors, and robbed the property of Holocaust victims.

Usually they were silent about this during the existence of the USSR, since the Polish People's Republic was a friendly state. However, the truth about the participation of Polish residents in the Holocaust does not fit into the modern political system of Warsaw. First, if the truth about the Polish contribution to the Holocaust is admitted, then the arguments about the Soviet occupation will look much less convincing. Where is Katyn, if there are much more victims here?

Secondly, it is convenient for Poland to play a victim country of Germany and the USSR, and not a collaborationist country, in which millions of its own citizens of Jewish nationality were destroyed, and before that they also invaded independent Czechoslovakia.

Finally, and most importantly, in Warsaw they fear that the descendants of the Jews would not demand compensation, and then Poland will have to fork out, given that the victims were in the millions.

Ctrl Enter
Noticed oshЫbku Highlight text and press. Ctrl + Enter
We are
A great interview with Sergey Lavrov: about Ukraine, Obama and IranWhat you didn't want to know about England
Military Reviewin Yandex News
Military Reviewin Google News
166 comments
Information
Dear reader, to leave comments on the publication, you must sign in.