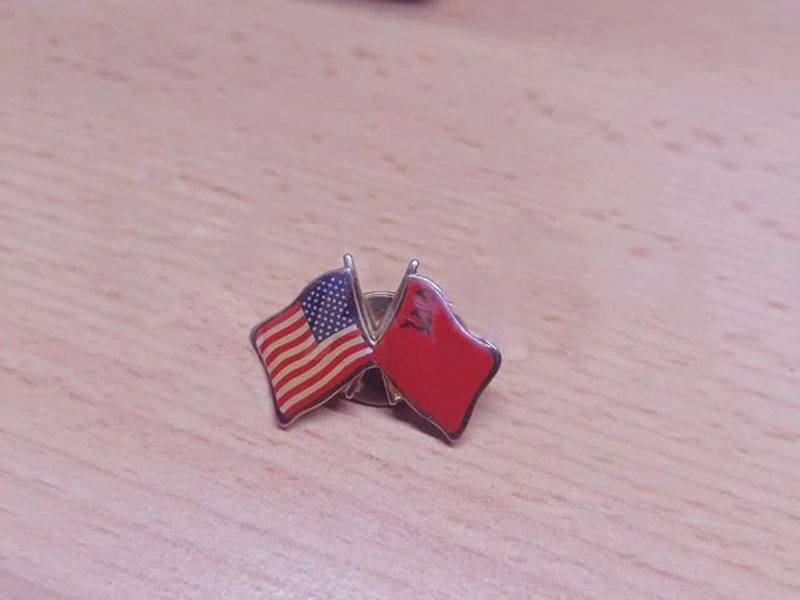 Every event that takes place in stories the state has both positive and negative consequences for people. Thus, the victory in the Great Patriotic War brought the USSR the glory of the country that defeated Nazism, liberated and saved millions of people, and as a result - the growth of power and increased influence throughout the world. But, besides this, the victory in World War II put the USSR in front of the need to participate in the Cold War, which was provoked and imposed on the Soviet state by the former allies in the anti-Hitler coalition.

So, in 1949, after the creation of the NATO bloc, the main goal of which was to oppose the USSR, it became obvious that the Cold War declared by Churchill was serious and for a long time, that the USSR would not be able to evade this confrontation and survive, preserving its gains. In the same 1949, Western countries demonstrated their aggressive attitude towards the USSR and its interests, creating the Federal Republic of Germany from three zones of occupation: American, British and French.

The provocative moment was that the leadership of the FRG considered itself the only representative of the German people, declared its desire to unite the entire German people under its leadership. Contacts with the Soviet zone of occupation were not established, the later created German Democratic Republic was not considered an independent state. This position of Western countries provoked the "First Berlin Crisis".

Former allies demonstrated a similar approach to the interests of the USSR, to building relations with Moscow, not only in Europe. In the Middle East, in particular, in 1949, the British and Americans managed to seize the initiative (through money and promises) in overseeing the young Jewish state, in the creation of which the USSR also took part. Many opinions and positions on this issue were not heard and taken into account. The Western countries have taken clearly not the best decision to resolve the situation in the region. The consequences of this one-sided decision are still being felt.

The confrontation between capitalist and communist ideologies in the Far East turned out to be much more bloody. There, in 1950-1953, a war broke out between North Korea, supported by the USSR and China, and South Korea, supported by the United States. The aggregate losses of China and the United States were approximately equal: 50-60 thousand people. Soviet - several times less, about 300 people killed. The losses of the Korean people are still difficult to calculate, but they are enormous. The consequences of this confrontation between the two systems also affect the region until now.

It is not surprising that in this situation the USSR took all possible measures to protect its interests, within the framework of which was the development of modern types of weapons (nuclear, thermonuclear), and the formation of organizations in which the allied countries of the USSR were gathered. In particular, in 1949 the Council for Mutual Economic Assistance (CMEA) was created. The priority area of ​​the CMEA activity was the development of economic, scientific and technical cooperation between the member countries. The organization began to operate in full force only in the 60s.

In 1955, Albania, Bulgaria, Hungary, East Germany, Poland, Romania, the USSR and Czechoslovakia signed the Warsaw Treaty of Friendship, Cooperation and Mutual Assistance. Thus, the Warsaw Pact Organization (OVD) was formed. The ATS has become a force opposing NATO in Europe. Naturally, the West was not happy with this state of affairs. And they took the first opportunity to try to split the OVD.

In particular, after the death of I.V. Stalin in 1953 and the initiatives of N.S. Khrushchev, fermentation began in the ranks of the international communist movement to debunk the personality cult. Numerous provocateurs were quick to take advantage of this fermentation. As a result, they managed to organize anti-government and anti-Soviet demonstrations in Hungary in October-November 1956, which were suppressed.

It should be noted that the space race began during this period. It was space exploration that became the sphere in which the USSR became the undisputed leader. The flight of the first man into space was carried out by the USSR. Soviet cosmonaut Yuri Gagarin was recognized and respected throughout the world. Space successes incredibly raised the country's authority.

But on the whole, the international situation continued to heat up. The Cold War at any moment could develop into an open military confrontation between the two blocs. But this did not stop the United States. They continued their provocations. Within the framework of these provocations, there was a flight of a reconnaissance aircraft in 1960 over the territory of the USSR. The plane was shot down by Soviet troops, and the pilot, Francis Powers, was captured.

But the closest thing to the line beyond which an open military confrontation begins, the USSR and the United States came in 1962. It's about the so-called Cuban missile crisis. The United States went to the next provocation. It consisted in the installation of missiles with a nuclear charge on the territory of Turkey (this endangered the territory of the USSR). The Soviet authorities decided to respond symmetrically - by deploying nuclear missiles in Cuba. Thus, the world was on the brink of a nuclear war. Through negotiations, the USSR and the United States managed to play the situation back. The nuclear war did not start at that moment.

By the mid-60s, a new tendency in the international arena became completely obvious - the USSR and the United States aligned their forces, despite the fundamentally more advantageous position of the United States at the beginning of the confrontation. The USSR managed to restore the economy, not to lose allies, to show new achievements. It became obvious to Washington that the USSR could not be intimidated. In an extreme case, the Soviet leadership has something to answer militarily. It was the successes of the USSR that contributed to the transition of the Cold War to another plane.

But more on that next time ...

Ctrl Enter
Noticed oshЫbku Highlight text and press. Ctrl + Enter
We are
About Stalin and KhrushchevWhat you didn't want to know about England
Military Reviewin Yandex News
Military Reviewin Google News
6 comments
Information
Dear reader, to leave comments on the publication, you must sign in.