Tavkr "Admiral Kuznetsov" out of repair 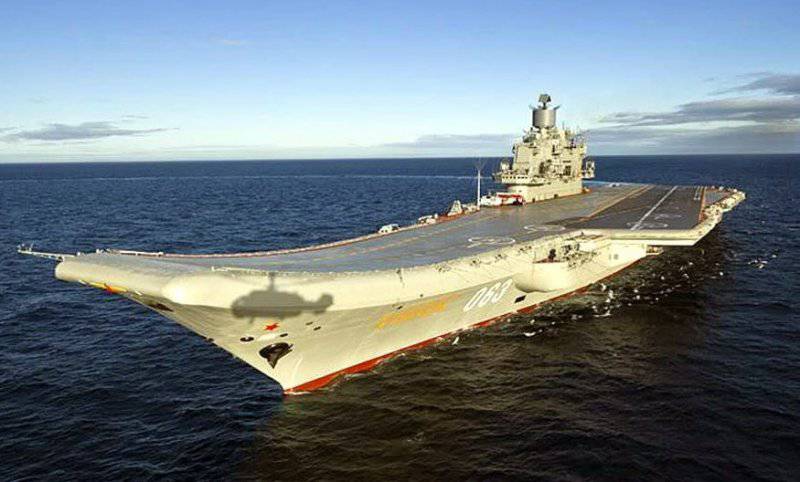 The Murmansk branch of Zvezdochka Ship Repair Center OJSC completed the restoration of the technical readiness of the heavy aircraft-carrying cruiser (TAVKR) Admiral fleet Kuznetsov’s Soviet Union project 11435 of the Northern Fleet. On Thursday, August 23, the ship transferred to the fleet embarked on the Severomorsk roadstead.

Armament:
The aircraft carrier is equipped with missile launchers (12 anti-ship missiles Granit and 60 missiles Udal-1), anti-aircraft missile systems Klinok (192 missiles, 24 launchers) and Kashtan (256 missiles). The board can have up to X-NUMX Ka-24 multi-purpose helicopters, up to 27 supersonic Yak-16-M multi-purpose vertical take-off and landing aircraft and up to X-NUMX deck fighters Su-41K.